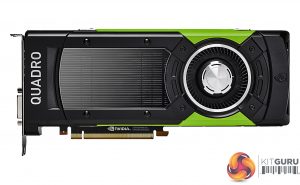 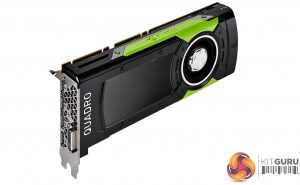 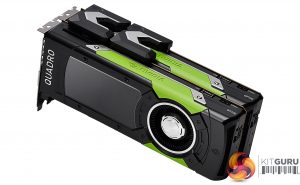 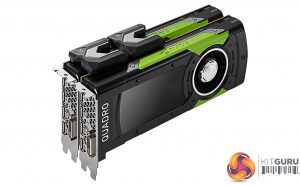 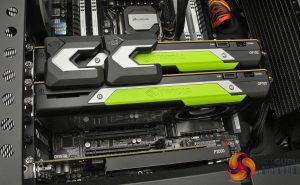 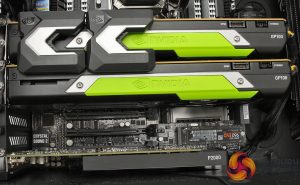 The NVIDIA Quadro GP100 is a monster card released alongside the Quadro P4000 and P2000. Superficially, it looks similar to the almost-as-expensive P6000, requiring two slots for installation, and three blanking plate slots if you install the included external stereo connector bracket.

The dual-slot format allows it to offer the same four full-sized DisplayPort connections and a DVI-I port. It’s also based on the Pascal GPU generation, like the P6000. The GP100 consumes slightly less power than the P6000 – 235W rather than 250W. But this is still a thirsty card (although not quite so much as AMD’s latest top-end Vega graphics cards).

The answer lies in the High Bandwidth Memory we mentioned in the introduction to this review. Whereas the GDDR5X memory used in the P6000 uses a 384-bit bus, which is already pretty wide, the HBM2 used in the GP100 is on a 4,096-bit bus. However, although the bus is more than ten times wider, the memory architecture is different, so the bandwidth is not ten times greater. But it is still more than the P6000. Where the latter offers 480GB/sec of throughput, the GP100 offers 717GB/sec, which is also three times that of the P4000.

So the GP100 is specifically aimed at applications requiring maximum memory bandwidth, and you can further accentuate this by connecting two together using NVIDIA’s NVLink (which was included in our Workstation Specialists test system). This pools the memory for use by both graphics cards, allowing them to share a 32GB pool of extremely fast memory.

NVLink 2.0 promises bandwidth 5 to 12 times greater than PCI Express Gen 3. The maximum theoretical bandwidth is 150GB/sec in each direction, so not as fast at the HBM2 memory itself but only five times slower, where PCI Express Gen 3 with 16 lanes only provides 32GB/sec.

This means that in a multi-card setup, if one GPU needs data already loaded into the other card’s memory, it can load it directly over NVLink much more quickly than from system memory over PCI Express. 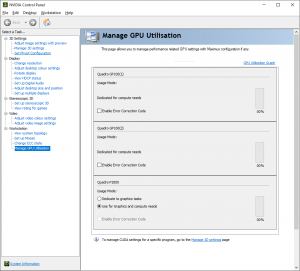 Our sample NVIDIA Quadro GP100s were configured exclusively for GPGPU work, as you can see from the NVIDIA Control Panel screenshot above. You can still plug monitor cables into them and these will work, but the NVIDIA Quadro P2000 will be doing the graphics acceleration and then sending the results to whichever card is attached to the screen over PCI Express, reducing performance.

In this configuration, the GP100s are intended to be very expensive, but very powerful, co-processors for CUDA- or OpenCL-based GPGPU work. 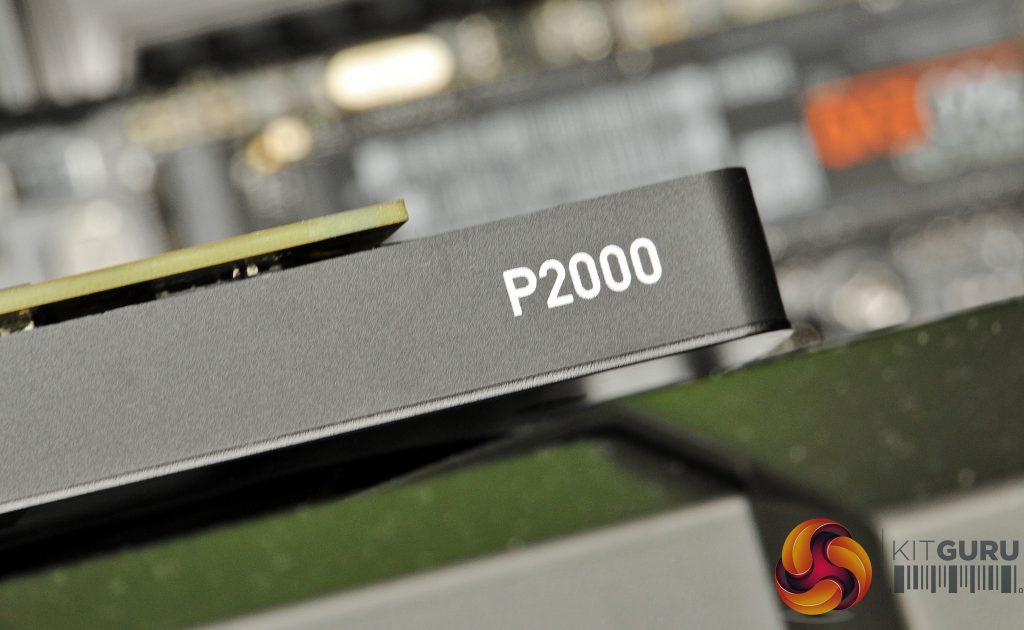 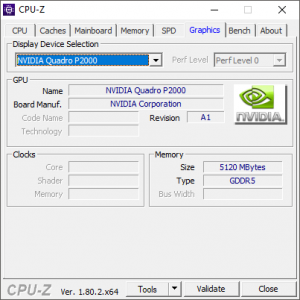 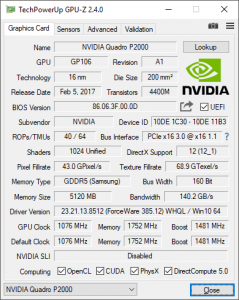 The Quadro P2000, despite being a mid-range card, is still pretty decent, with 1,024 CUDA cores running at 1,076MHz and 5GB of GDDR5 memory providing 140.2GB/sec of bandwidth. But it’s a pale shadow compared to the GP100s, and is only there to provide graphics display and reasonable real-time 3D modelling acceleration.

So let’s turn to look at where this system’s strengths and weaknesses lie when it comes to performance.