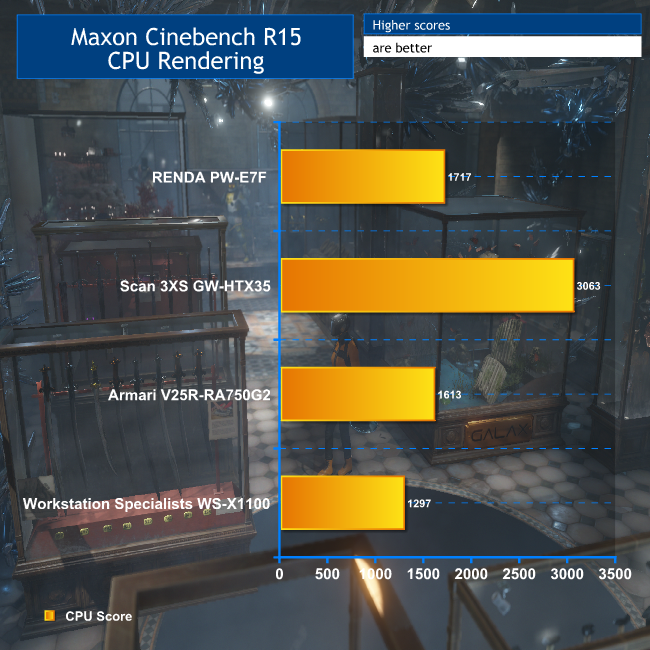 The CPU rendering portion of Maxon Cinebench R15 shows that the six-core Intel Core i7-6800K can’t keep up with the eight-core (and greater) processors in the comparison systems, despite the 4.2GHz overclock. But that’s not what this system is about anyway. 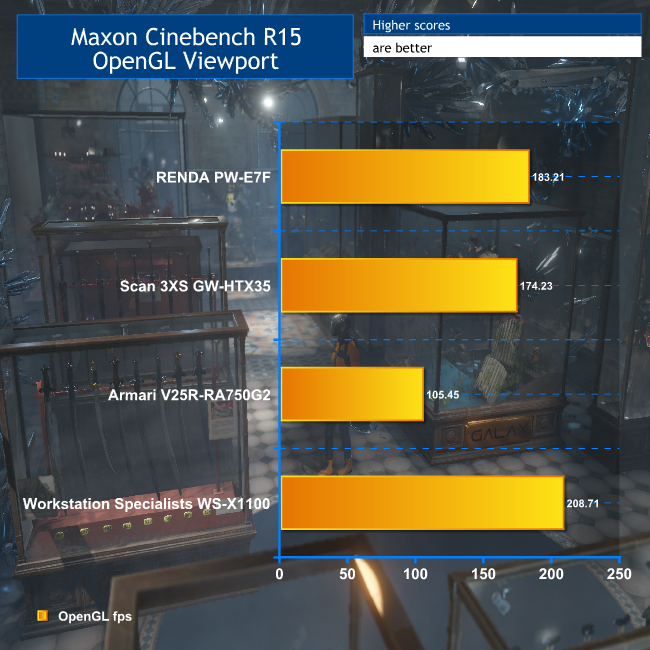 The Cinebench OpenGL results, on the other hand, reveal that the NVIDIA Quadro P2000 is pretty good for running Maxon Cinema 4D, beating the AMD Radeon Pro Duo in the Armari, the AMD FirePro W8100 in the RENDA, and even the NVIDIA Quadro M6000 in the Scan system. Note that the Quadro GP100s are playing no part in this test. 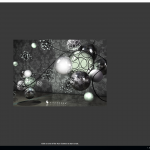