Following on from all of the rumours pointing towards a swiftly approaching launch for Nvidia's new Pascal graphics cards, a new image has appeared online. This time, we get to have a good look at the GP104 die, specifically, the GP104-200, which is a cut down version of then GP104-400.

The GP104-200 is apparently planned for use on the GTX 1070, according to a report from Videocardz. While it is a cut down version of the GP104-400, both GPUs will look the same but the configuration will be modified. 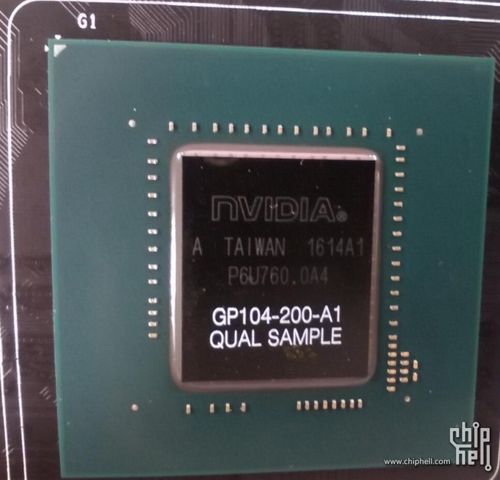 The most immediate observation is that the GP104 is smaller than both the Maxwell GM204 and GM200. Previous, blurry shots of the die also led us to believe that this card won't sport HBM but will instead stick to GDDR5 memory.

Now we just need to wait for Computex at the end of next month, as previous reports have suggested that Nvidia will début the GTX 1000-series there, with a release for three GPUs scheduled for later in June. we have even got a good look at the cooling shroud for the GTX 1080.

KitGuru Says: We seem to be learning more and more about Nvidia's plans for Pascal each week. Have any of you been following all of the recent news surrounding Nvidia's new graphics cards? Are you waiting to upgrade this generation?