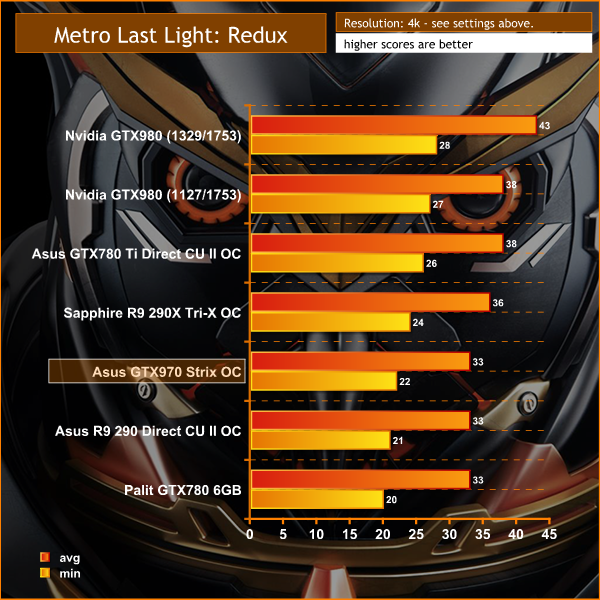 At 4k resolutions, the Asus GTX970 Strix OC struggles to hold smooth frame rates, dropping to 22 in a couple of the environments. That said, overall performance isn’t too bad considering.