GTX460 is ‘Fermi done right’ That’s what nVidia wants us to believe after a tough year. On Wednesday 30th September 2009, Jen Hsun Huang stood on a global stage with a ‘Fermi card’ in his hand and the watching world was treated to a series of demonstrations. Subsequently, we were told by nVidia that while the card itself was a mock-up, the demos had been generated on Fermi. Given that the vast majority of users will never spend more than £200 on a card, nVidia has been desperately looking forward to launching a competitive Fermi product into the ‘affordable price space’. KitGuru pulls out the spanner and oscilloscope to see if GTX460 delivers.

Today we see the release of the GTX 460, the baby brother in the Fermi series. nVidia says that it consumes less power, generates less heat and has been priced to tackle the HD5830. They are targeting the only card in the 5 series range which (KitGuru feels) is underpowered and overpriced. From the results we’ve seen in the KitGuru Labs, nVidia can afford to be a bit more confident than that. Quite a bit more.

The GTX 460 is going to hit the UK market at £175 inc vat, a very sweet spot indeed for gamers who still want a viable partner for their swanky 24 inch screen, without having spending a small fortune. We will be having a look at performance from this reference card.

Today however KitGuru is going to be focusing on the eVGA GTX 460 Superclocked Edition which is being released at around £195 inc vat and comes with a hefty overclock on the core (88mhz) and 50mhz (200mhz effective) on the memory.

Here is the current lineup from nVidia with the eVGA Superclocked card included in the mix.

Previous KitGuru dBA Testing. What’s all the noise about?
Next GTX460 SLi overclocked, mated and put in context 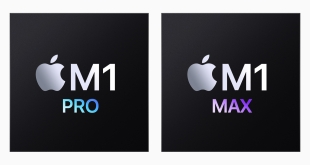 Since launching the Apple M1 processor last year, many rumours have surfaced about what's next. While we expected an upgraded 'M1X' chip at some point later this year, it turns out Apple was actually working on two new SoCs - the M1 Pro and the M1 Max, bringing up to a 70 percent boost in CPU performance.