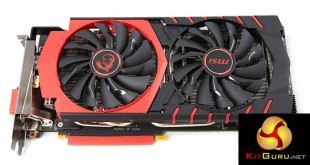 We have reviewed many GTX980 Ti partner cards in recent weeks and today the MSI GTX980 Ti Gaming 6G makes a somewhat belated appearance in our labs. This high end board is actually one of the cheapest flagship, overclocked Ti's currently available – hitting the £599.99 inc vat point – £30 less than the Gigabyte G1 Gaming and £60 less than the Asus STRIX Gaming Direct CU 3. 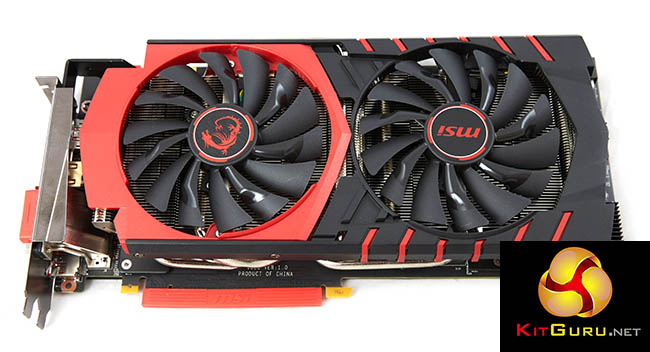 I said it many months ago, but the MSI Gaming series of cards are in my own humble opinion the finest looking of all the brands. Obviously opinions will vary but I adore the red inner fan shroud counterpointed with the black section and aggressive red claw stripes. Many of MSI's competitors have tried to copy this elegant design, but have failed. It still holds the beauty points in my book – the Cameron Diaz of graphics cards.

Aesthetically we are satisfied, however technically MSI haven't cut corners. The company are using dual Torx fans which maximise airflow and reduce flow noise – they spin down under low load situations and are designed to direct airflow towards the thick heatpipes. Obviously MSI focus on their use of ‘Military Class 4 components' which are certified to MIL-STD-810G standards for top stability and reliability. MSI are using Hi-c capacitors, solid capacitors and new SFC components  to ensure maximum longevity and stability.

The MSI GTX980 Ti Gaming 6G has received a clock boost over Nvidia’s reference card, with final speeds set at 1,178 mhz(core)/1,279mhz (boost). The memory is also overclocked, from default speeds of 1,753mhz (7Gbps effective) to 1,774mhz (7.1Gbps effective) – both MSI and ASUS decided to tweak the memory a little above reference which is always good to see.