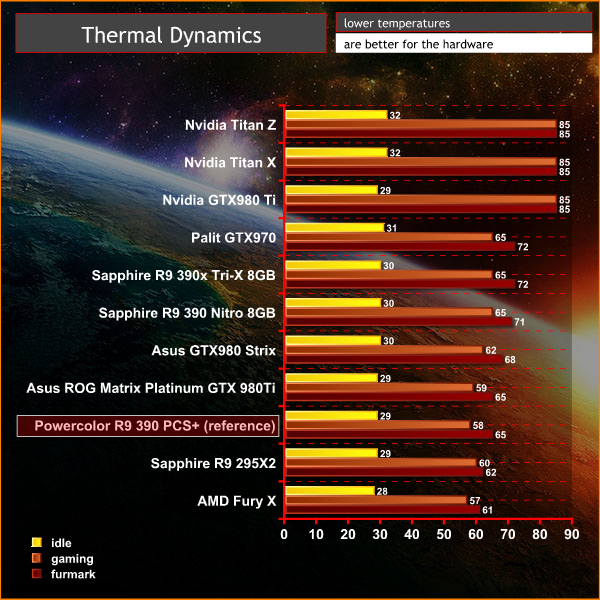 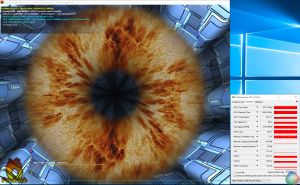 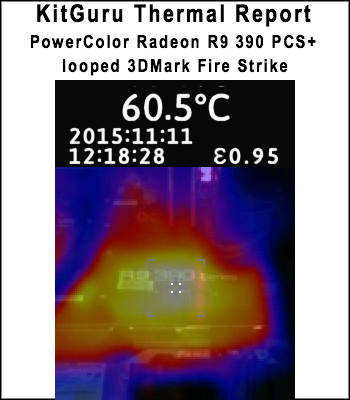 The backplate in most areas holds around 55-56c, however there is a small area shown above which rises to 60c after around 30 minutes of gaming. Great results for PowerColor.