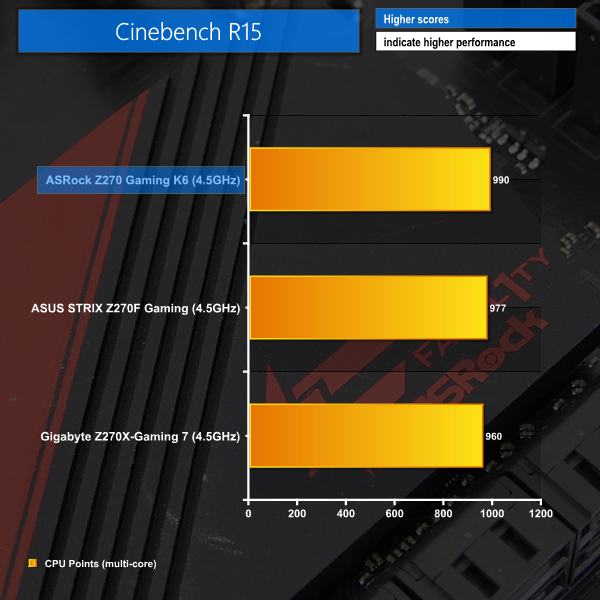 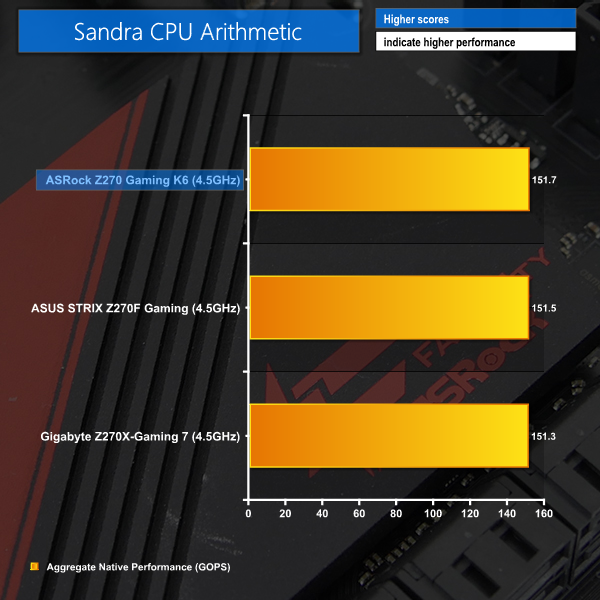 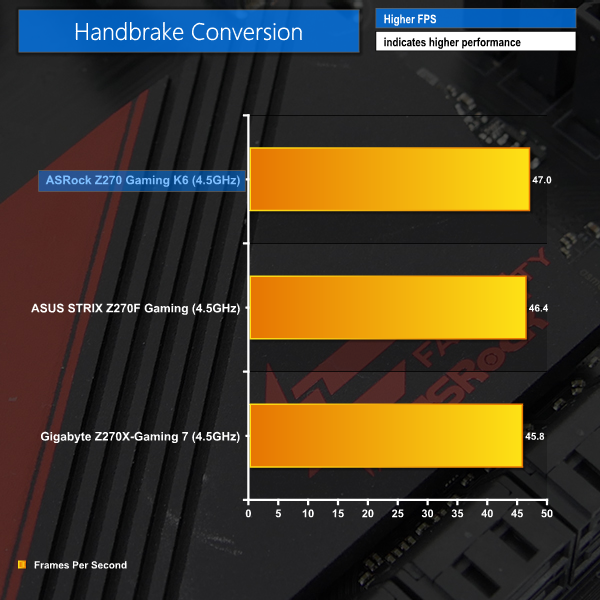 ASRock’s Fatal1ty Z270 Gaming K6 makes an excellent start in the CPU-related performance benchmarks. Top place is taken in all three of the tests and the gap in Cinebench performance is not insignificant (plus it’s consistent after being confirmed by many repeated runs).