The UEFI used by MSI is almost identical across its current product range. As such, we have re-used the bulk of our analysis from previous MSI reviews and updated the text where there are subtle differences. 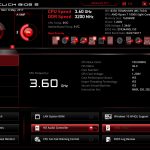 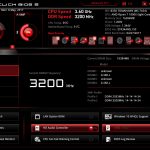 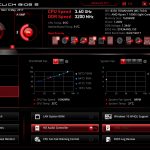 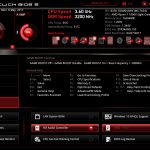 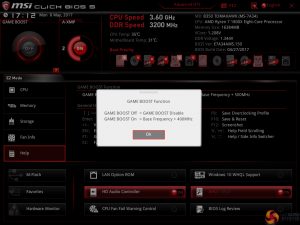 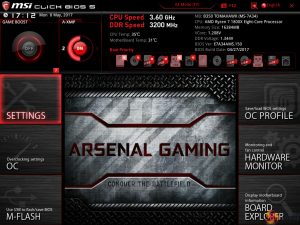 There is an adequate number of options relating to voltage, frequency, and settings adjustments and all are generally easy to find. However, if you want great flexibility for granular settings control, an X370 motherboard is the better option as the B350 models are more limited in this department. Being critical, the layout could be a little more segregated to reduce the amount of information on the single primary page.

Unlike the X370 alternatives, MSI’s load-line calibration (LLC) settings for B350 are unclear. Nine different options can be selected but MSI chooses not to deploy its simple graph to show how the voltage changes based on load. The graph would have aided the simplicity of our overclocking attempts but instead we had to resort to a trial and error approach.

Options are also allocated for memory. Dividers up to 32x for 3200MHz can be selected, which is ideal for aiding flexibility to overclockers who are pushing their system with high-speed RAM. A-XMP is basically MSI’s way of loading up an XMP configuration on its AMD motherboards. This was a hassle-free, stable process using our 3200MHz G.SKILL Flare X memory modules. 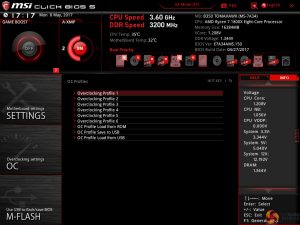 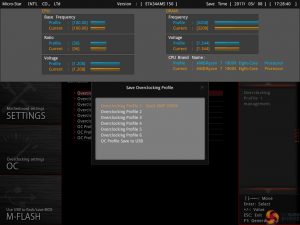 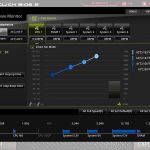 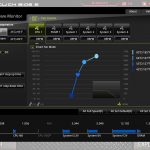 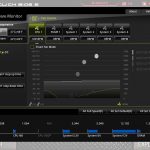 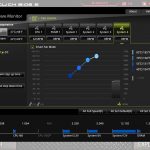 The ability to run fans at 0% up to a user-defined temperature level is a strength for MSI and speed hysteresis control is good to have. However, the fact that only CPU and System temperature sensor data can be read is slightly disappointing albeit understandable in this price range. Higher-end offerings from competing vendors provide the ability to drive a fan curve based on data from multiple temperature sensors, not just the CPU or System. 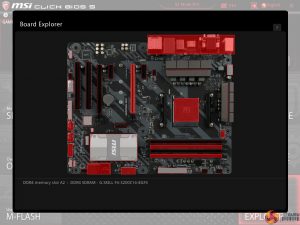 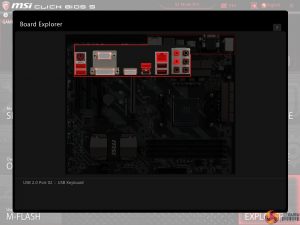 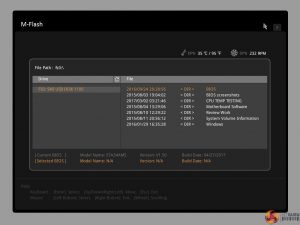 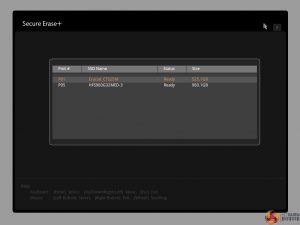 Secure Erase is a relatively new addition to MSI’s UEFI. The tool can be used to securely wipe (not just format) an SSD with great ease which can be good if selling it on or aiming to restore performance from a ‘dirty’ drive. I used this tool successfully with a SanDisk SSD on one of MSI’s Z270 motherboards.

MSI’s Click BIOS 5 UEFI is a great offering without any glaring weaknesses. The EZ Mode page is market-leading, ease of navigation is high despite the crowded OC page, and tools such as Secure Erase and Board Explorer sweeten the deal. I found mouse support to be strong but the visual interpretation of the LLC settings found on MSI’s higher-end SKUs is missed.

Manual fan control is good but the lack of preset profiles and fewer temperature sensors prevents MSI from being a clear winner against its competitors in this department. Save slots for six system profiles is sufficient and the alternative mode by which these profiles can be selected is extremely intuitive.