The software used for MSI’s motherboards is almost identical across its product range. As such, we have re-used the bulk of our analysis from previous reviews and updated the text where there are subtle differences. 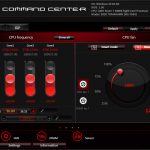 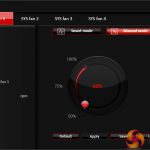 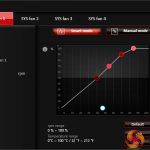 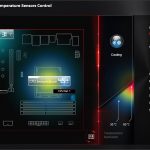 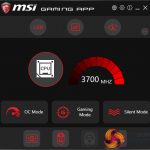 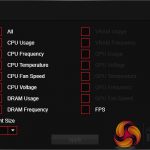 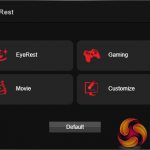 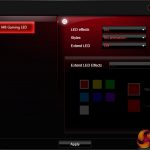 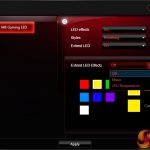 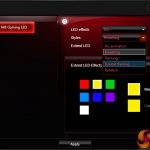 The LED section of MSI’s Gaming App is where most users are likely to be spending their time. Individual control is given to the lighting section of the motherboard and the 4-pin RGB header. There is also an option to completely switch off all LED lighting.

MSI’s lighting options in the OS software are terrible compared to ‘Carbon’ branded SKUs from MSI as well as competing options from the likes of ASRock. MSI does not even include a method for truly controlling the RGB colour of an attached strip, instead forcing a user to choose between seven pre-determined colours with no mixing or customisation opportunities available.

Of course, there is the option for a consumer to step up to one of MSI’s more expensive ‘Carbon’ models if RGB customisation is deemed important. That’s a poor decision from MSI that really doesn’t make sense when comparably-priced ‘Gaming’ branded solutions offer stellar RGB customisation to users. ASRock’s similarly-priced Fatal1ty AB350-Gaming K4, for example, offers proper RGB control for an RGB strip in its software.

The solution for MSI is likely to be a simple adjustment to the OS-based software with negligible cost implication. Unfortunately, the plausible simplicity of such a solution is possibly the reason why the RGB LED feature looks to have been intentionally disabled by MSI. 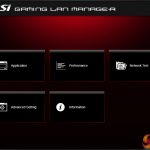 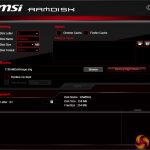 Gaming LAN Manager is essentially MSI’s in-house software that allows the vendor to use a non-Killer NIC whilst retaining some of the control features typically associated with Killer-based offerings. The main benefit is enhanced information delivery so that a user can understand how their system’s network-interacting software is behaving. There’s also an ability to prioritise applications such as games. 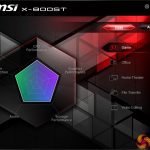 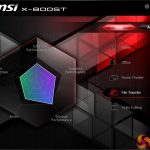 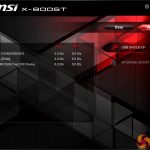 There is also the ability to speed up USB and storage devices. We have previously tested X-Boost with other motherboards and found it to offer little benefit to storage devices other than those based on USB 3.1 Gen 2.

It would be a significant understatement to say that MSI includes a sizeable number of in-depth software tools. The separate software pages are vast and options are plentiful. I particularly like the extremely in-depth Command Center.

MSI’s RGB lighting control tool is sub-par on the Tomahawk SKU as MSI is clearly trying to push RGB aficionados towards ‘Gaming’ branded models. I would have also liked to see a software manager app like App Center by Gigabyte and AI Suite by ASUS. A lot of software means a lot of shortcuts or location to manage – one umbrella utility would aid ease of navigation to different software offerings.

Overall, MSI’s variety and quality of OS-based software apps is good but the RGB control for the Tomahawk model is severely limiting.