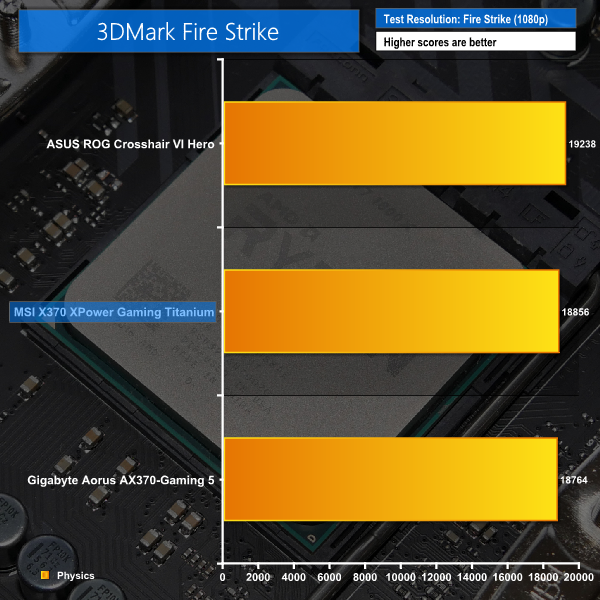 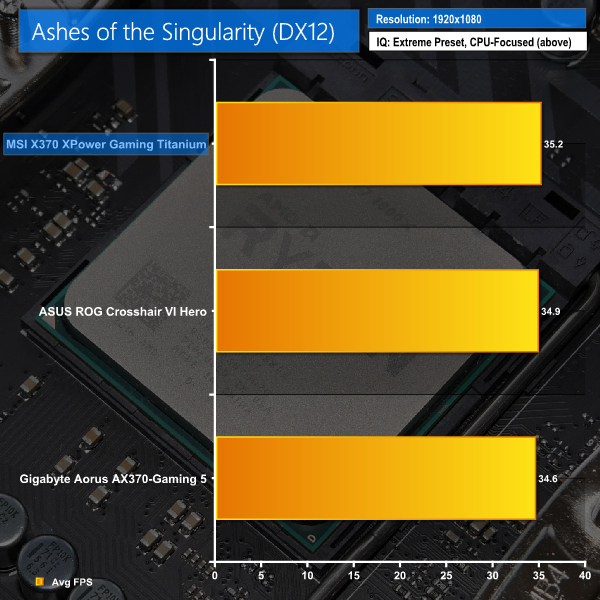 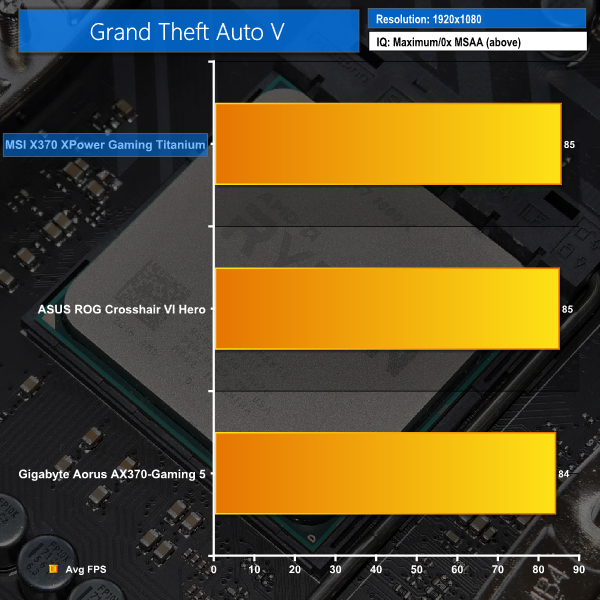 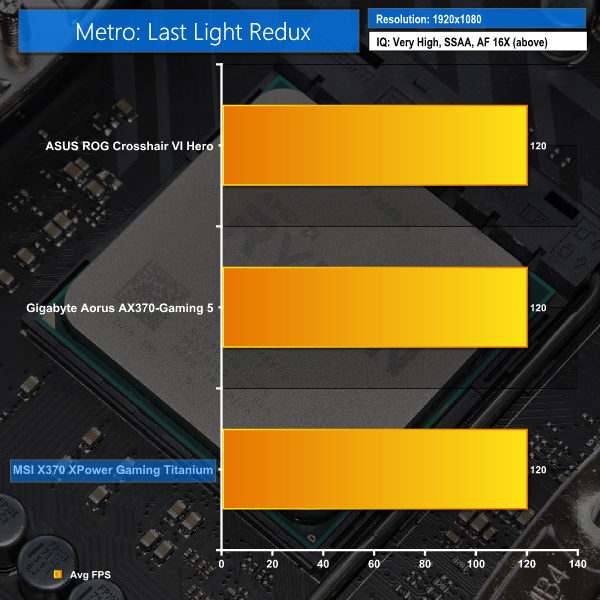 Another strong set of results from MSI’s X370 XPower Gaming Titanium, this time in gaming-related tests. MSI takes a narrow lead in half the tests and runs at the same 120 FPS as the other two boards in Metro: Last Light.