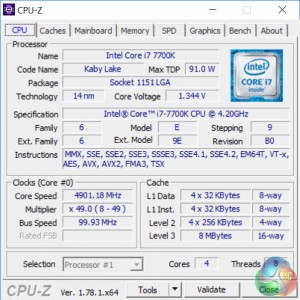 The ASUS Maximus IX Formula booted in at both 5 and 5.1GHz but was not stable through a Cinebench run or AIDA64's System Stress test. In the end we settled on 4.9GHz with 1.375 volts as this was fully stable across all our benchmarking.

The overclock was relatively simple to achieve, merely changing the vCore and the CPU multiplier. Our system also held stable even when adding in faster XMP memory like the 3600MHz G.Skill Trident Z kit.

We test the motherboard's ability to run G.Skill's high-speed 16GB DDR4 Trident Z kit at a 3600MHz XMP setting. High-speed XMP settings can prove a challenge for motherboard designers when optimising the settings for stability at the intended DRAM frequency. 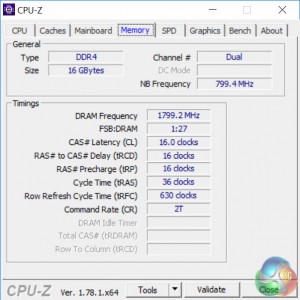 As a performance comparison, we have included the results from one other Z270 motherboard. The maximum overclocked configuration achieved with each board was a 4900MHz (49 x 100MHz) processor frequency whilst using 3200MHz CL16 memory. 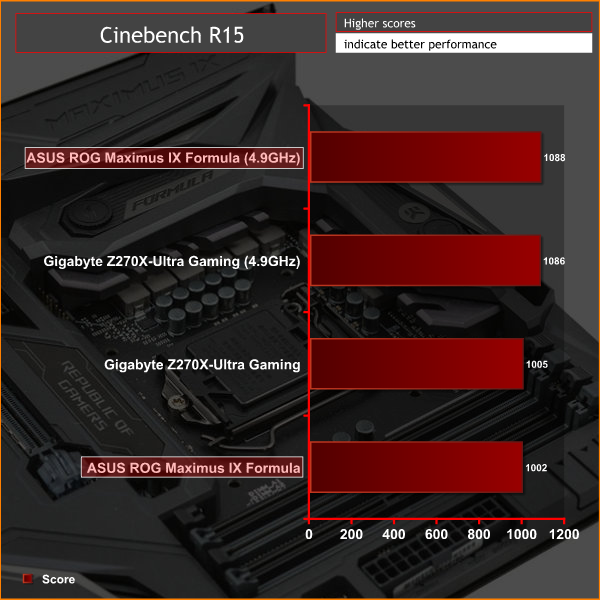 Both motherboards on test achieved the same final stable overclock and unsurprisingly performance did not vary between the two. 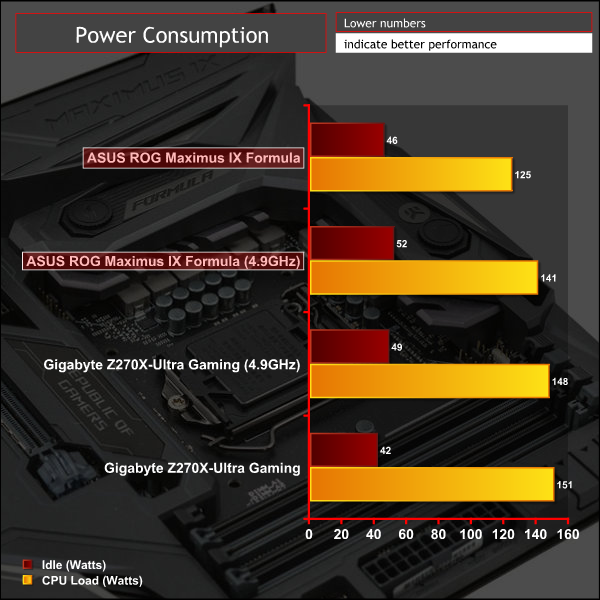 The ASUS Maximus IX Formula did remarkably well in the way of power consumption due to the conservative auto-voltage of around 1.25 volts for the 4.5GHz all-core turbo, power consumption rose slightly when increasing the frequency and voltage for our overclocking. Gigabyte's motherboard on test consumed more power at stock, than when overclocked, due to Gigabyte applying too much auto voltage (as high as 1.4 volts).

Users could easily iron out these power consumption variations between motherboards with fixed voltages and specified Load Line Calibration behaviour.