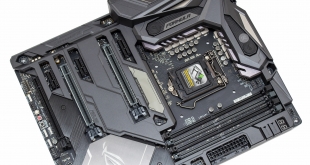 For every Intel Z-Series chipset in recent memory ROG Maximus Formula motherboards have been among the best that money could buy. Nothing appears to have changed with Intel Z370 as the latest iteration of the Formula is just as feature-packed, stylish and desirable as ever. 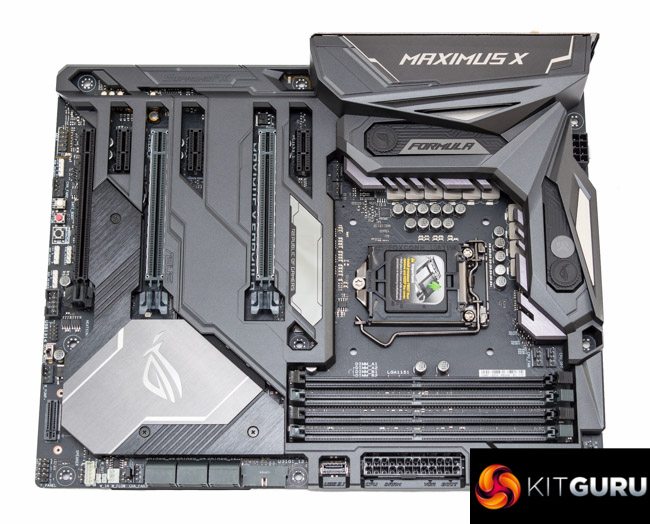 Since the Maximus V Formula, released for Intel Ivy Bridge, the unique slant on the Maximus Formula has been an integrated watercooling block on the CPU VRMs. The Maximus X Formula continues the unique theme with the integrated EK-made waterblock and a stylish “armor” on the top and bottom.

That armor was conspicuously called “Thermal Armor” in previous generation Formula motherboards but these days ROG accept its stylistic function, rather than a solution that brings thermal benefits. No stylish design would be complete in the current DIY PC market without the generous application of RGB LEDs, which the Maximus X Formula has in abundance.

Connectivity is well accounted for with dual M.2, USB 3.1 of all varieties, eight fan headers and enough PCIe lanes for any high-end GPU configuration though in specifications alone the Maximus X Formula is not twice the motherboard of other Z370 motherboards that cost half as much.

However, the value of the ROG brand has always been in the premium styling, innovative design touches and value-added features that are rarely found on other motherboards. The newest innovative feature is an integrated OLED display, dubbed “LiveDash”, in the centre of the motherboard that can display hardware monitoring information or custom images and animations.

With that said let's take a closer look at all the ASUS ROG Maximus X Formula has to offer.