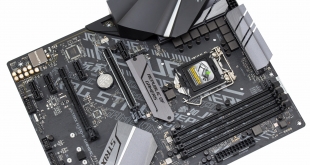 Intel released its new H370 chipset, along with H310 and B360, in early April 2018. H370 logically replaces H270 and comes with a respectable standard specification to target mid-range desktop users. Motherboard vendors have already released a wide selection of motherboards for H370, many based on sensible adaptations of existing Z370 models, including this ASUS ROG Strix H370-F Gaming. 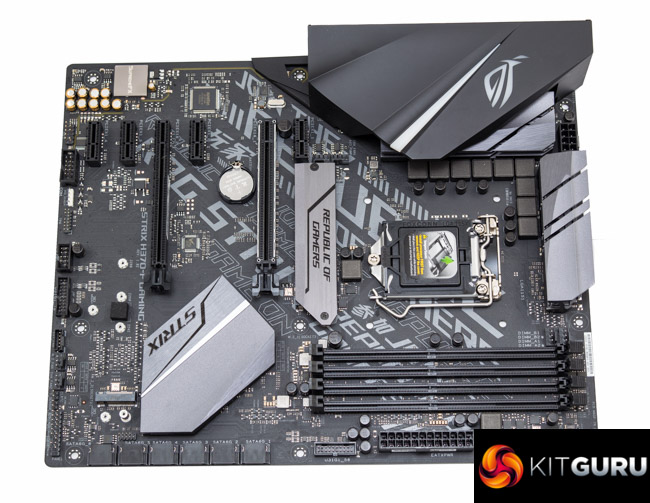 The purpose of Intel's H370 chipset is fairly similar to its preceding chipset H270: it's a full-featured motherboard chipset that foregoes overclocking capabilities on Intel's mainstream platform. There is no overclocking of the CPU beyond Intel's own default Turbo behaviour, the maximum frequency available for memory is 2,666MHz and dual graphics card configurations through CPU PCIe lanes are not supported.

With that in mind H370 motherboards are clearly not positioned for an overclocking or performance-seeking audience, but there's still potent performance on offer that will suit most desktop users with gaming and productivity in mind.

The ASUS interpretation of H370 with the ROG Strix H370-F Gaming has taken the ‘no expense spared' approach, and this is currently the company's best motherboard available for this chipset. Dual M.2, USB 3.1, RGB lighting, an M.2 heatsink, a pre-mounted I/O shield, high quality audio and a capable power solution make for a comparatively high-end and feature-rich motherboard.

All the features do come at a cost, though, as at £139.99 the ASUS ROG Strix H370-F Gaming is into Z370 price territory. Can the plentiful features outweigh the lack of overclocking support? Let's find out.