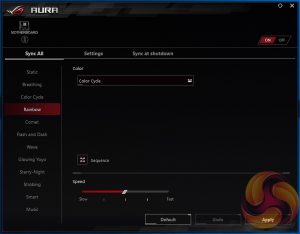 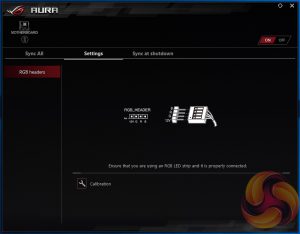 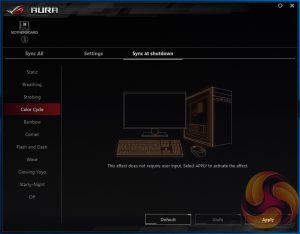 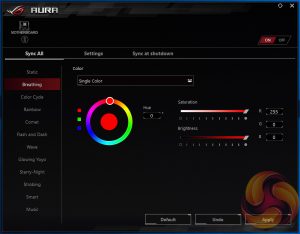 ASUS has revised the design of its AURA RGB software since we assessed it with Z270. Gone is the confusing use of the word “Independent” for what was Shut Down LED behaviour, ASUS has now labelled it as such.

The range of LED modes available to choose from hasn’t changed, which is a good thing as they are comprehensive, but the way LED strips are captured and managed separately is an improvement on the previous AURA software whereby a strip was just treated as another zone on the motherboard. 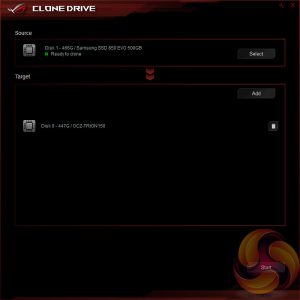 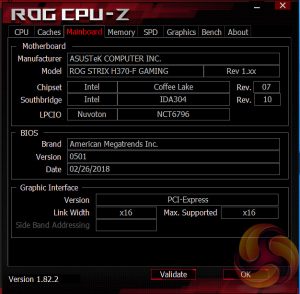 ROG Clone Drive is an ASUS disk cloning utility similar to what many other imaging programs offer, such as Macrium Reflect. It has less functionality than specialist disk imaging solutions so it is probably worth passing over.

ROG CPU-Z is a ROG-branded version of the CPUID CPU-Z utility. 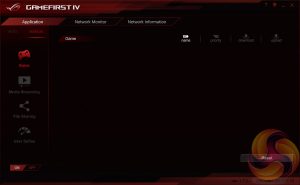 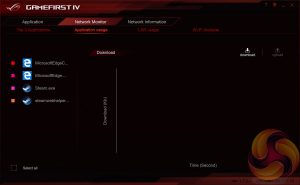 The ROG GameFirst software is now at version IV and is the ASUS packet prioritisation software of choice for the on-board Intel I219V Gigabit LAN. There are a variety of application profiles that can be set on a per-application basis, nominating one application as higher priority than another will allow it to use more of the total available bandwidth and have higher priority for send and receive requests. 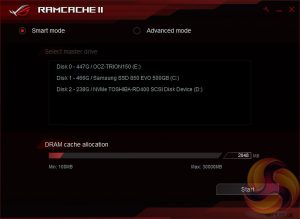 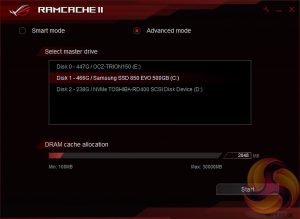 The ROG RAMCache II software aims to help with program loading and file transfers of regularly accessed data. Users simply need to set aside the amount of RAM they would like for caching and the RAM Cache II software handles everything else behind the scenes when in Smart mode. There is an advanced mode that gives some additional parameters for controlling the software’s behaviour. 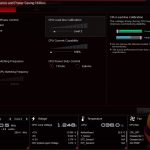 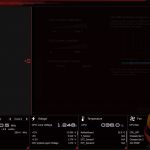 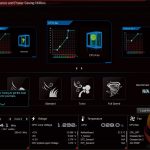 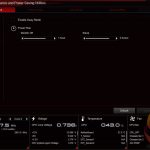 The main software utility for the ASUS motherboard range is the multi-function AI Suite III. It contains within it a significant number of utilities including the EPU, Digi+ VRM options, Fan Xpert 4, a cleaning utility and an ASUS software updating tool. There’s no in-windows on-the-fly overclocking support as this is prohibited by the H370 chipset. 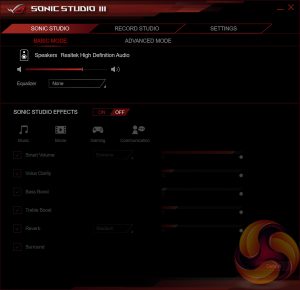 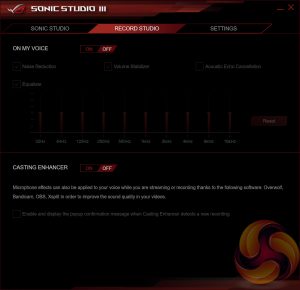 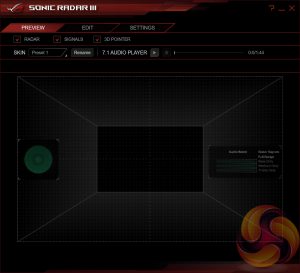 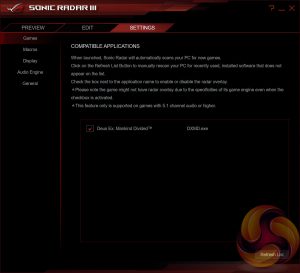 ASUS Sonic Radar III is an application that translates positional audio signals into an “audio map” that identifies where specific noises originated from in supported games. A number of PC anti-cheat platforms (PunkBuster, Steam VAC) are rumoured to prohibit the use of Sonic Radar III so any usage will need to be with caution.

However, ASUS claims Sonic Radar III is fair play with this explanatory statement: “Sonic Radar III uses in-game audio data to create a visual representation of the sound scape. This audio data exists as accessible game-play information for all players. Sonic Radar III simply presents this information in a way that is useful for training purposes, or as a benefit to gamers who may otherwise struggle to pick out vital positional-audio details — such as those with hearing difficulties.”