To test the ASUS ROG Strix Z390-E Gaming motherboard’s CPU overclocking potential, we set the CPU core voltage no higher than 1.3V and push for the highest stable clock speed. We maintain the DRAM frequency at 3200MHz to take memory stability out of the overclocking equation. 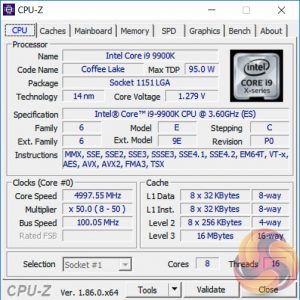 Our particular CPU is not stable at 5.1GHz even with 1.45v. The final stable overclock for almost all Z390 motherboards we may test should be 5GHz, unless there is something particularly wrong with the VRM that limits the voltage or power it can supply. In the case of the ASUS ROG Strix Z390-E Gaming it achieved 5GHz at 1.3 volts with no issues at all. 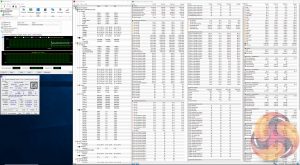 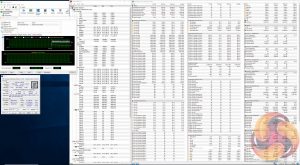 There’s no temperature sensor marked as being for the VRM, so it’s not possible to confirm the state of the VRM temperatures during testing. 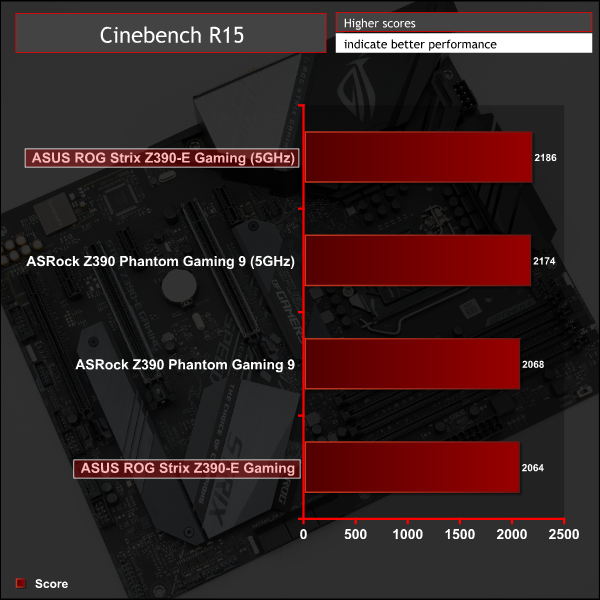 Performance scaled with frequency. On this motherboard where the CPU can follow Intel Turbo guidance the gains from overclocking in longer benchmarks would be more noticeable (effectively going from 4.2GHz all core turbo to 5GHz), since overclocking takes the CPU beyond Intel’s specification. However, if you’d been using the enhanced Turbo mode before overclocking, the jump to a 5GHz all-core frequency would be hardly noticeable. 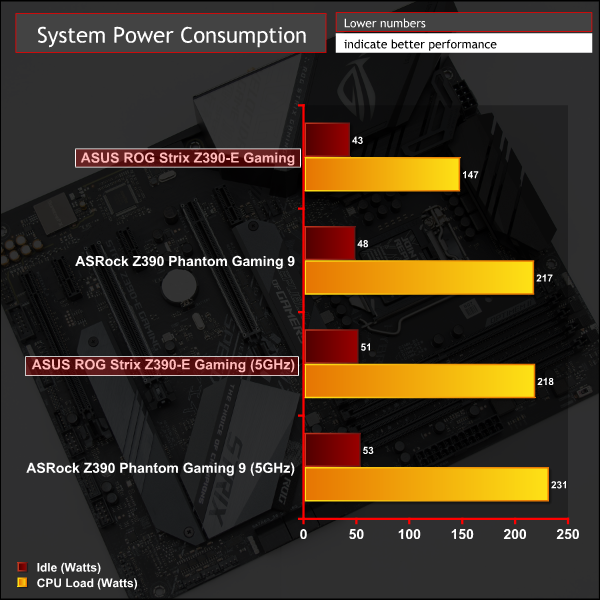 Due to ASUS allowing the Intel i9 9900K to run at Intel specification, with user input, the stock numbers are considerably lower than the ASRock motherboard. However, when overclocking the gap almost disappears.

The VCore did drop to 1.28v, despite setting 1.3v in the UEFI, when overclocking – hence why the overclocked power consumption for the ASUS motherboard is slightly lower. This is down to the Auto LLC settings and it was possible to override this by using a more aggressive LLC option. 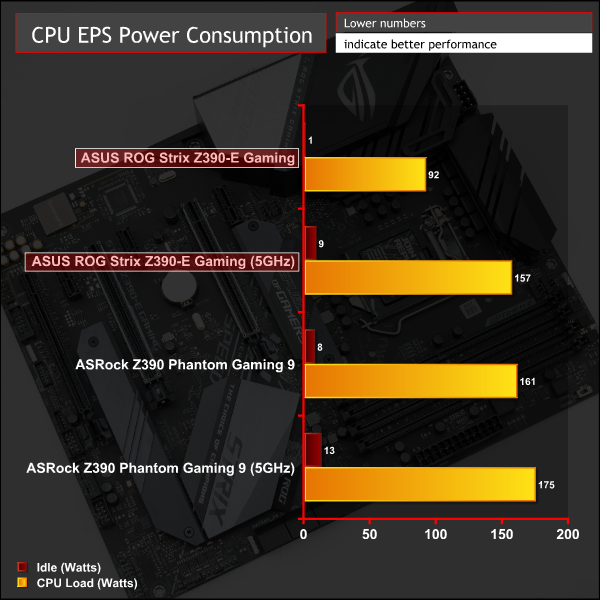 Stock CPU power consumption represents approximately 3% for idle and 69% for load of the system total, when adjusted for PSU efficiency*.

Overclocked CPU power consumption represents approximately 18% for idle and 80% for load of the system total, when adjusted for PSU efficiency*.