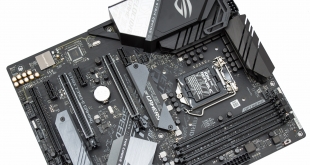 Intel's new Z390 chipset has pushed motherboard companies to refresh their entire Intel Z370 product portfolio, ASUS included. A lot has been learnt from the prior generation and during the last 12 months about a changing market appetite for high-quality VRM solutions and increased consumer awareness of technical elements of motherboard design. ASUS has released its new ROG Strix Z390-E Gaming motherboard into this market with a brave new slant on VRMs. 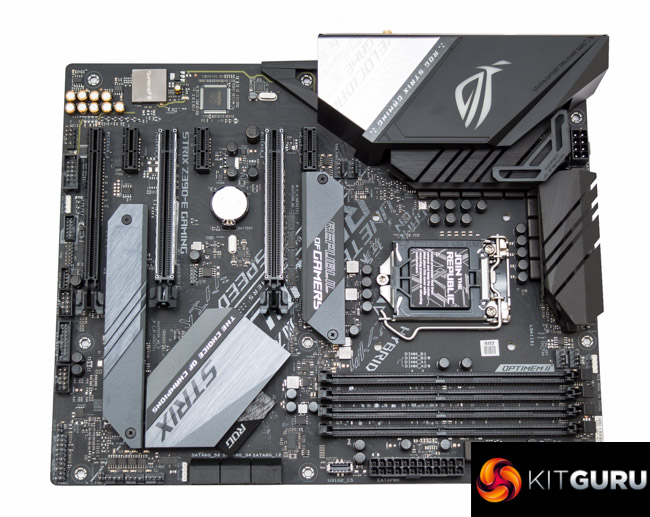 The new ASUS ROG Strix Z390-E Gaming has a distinctly different look to its predecessor, the ROG Strix Z370-E Gaming. There's new heatsinks designs all around for the CPU VRM, chipset and M.2, as well as some of the benefits of the new Z390 chipset over older Z370.

These include USB 3.1 support and 802.11ac WiFi direct from the chipset, whereas on Z370 these things had to be added separately at additional cost. That aside the feature level isn't all that different from its predecessor and ASUS pitches the “E” model as a mid-range option based on its asking price, around £220 UK and $240 USA at the time of writing.

The main change for ASUS with Z390 is a shift in VRM design that runs almost contrary to growing consumer understanding and media opinion of motherboard VRMs – that more real phases are better and doublers are better than no doublers. ASUS is moving away from having doublers on its VRMs to using less phases and doubling up the number of MOSFETs, drivers, inductors and capacitors per phase.

The way this takes shape on the ROG Strix Z390-E Gaming is with a 4+2 phase design that uses “8 phases worth” of MOSFETs, drivers, chokes and capacitors for those 4 CPU phases.

ASUS has avoided major controversy in this instance because consumers appear to have lost interest in the topic as it has happened so frequently. At present the company has opted out of advertising the VRM of this motherboard, and similar motherboards, as an 8 phase design. Though it has been rumoured online that ASUS was previously marketing these boards as “8 phase” products, before quietly amending the product pages, though we've seen no proof of this so they remain just rumours.

ASUS has been fairly quiet about the situation and why it has taken this approach but ASUS ROG motherboard R&D collaborator “Elmor” shared some information suggesting that this solution can actually be “better” than an 8 phase based on doublers.

The 8 phase solution based on doublers with interleaving is dubbed an “Extended 8-phase VRM” and the solution based on 4 PWM signals each with 2 phases worth of components per phase is labelled a “Twin 8-phase”. The testing results of the “Twin 8-phase” solution suggests an improved transient response and as a result less voltage drop between load switching.

With all that in mind it must be said that VRMs are clearly not the be all and end all, so let's see how the ASUS ROG Strix Z390-E Gaming handles itself under testing.