To test the MSI MEG Z390 ACE motherboard’s CPU overclocking potential, we set the CPU core voltage no higher than 1.3V and push for the highest stable clock speed. We maintain the DRAM frequency at 3200MHz to take memory stability out of the overclocking equation. 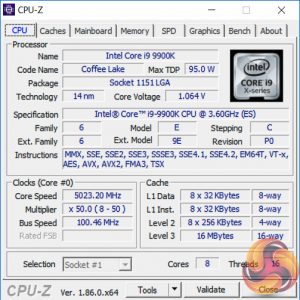 Our particular CPU is not stable at 5.1GHz even with 1.45v. The final stable overclock for almost all Z390 motherboards we may test should be 5GHz, unless there is something particularly wrong with the VRM that limits the voltage or power it can supply. In the case of the MSI MEG Z390 ACE it achieved 5GHz at 1.3 volts with no significant issues. 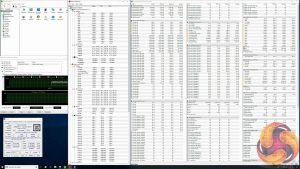 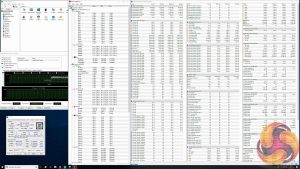 MSI has specific sensors for monitoring the temperature and power delivery of the VRM solution. During testing we found at stock (1.22v vCore) and overclocked (1.3v vCore) the temperatures held around 70 degrees Celsius, which is very healthy indeed.

If the VRM sensors are to believed then the efficiency of MSI's VRM solution is about 82%, which is also a respectable number. 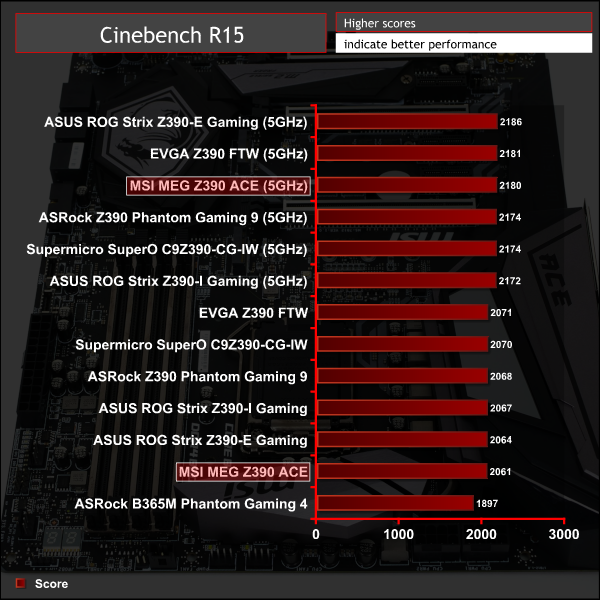 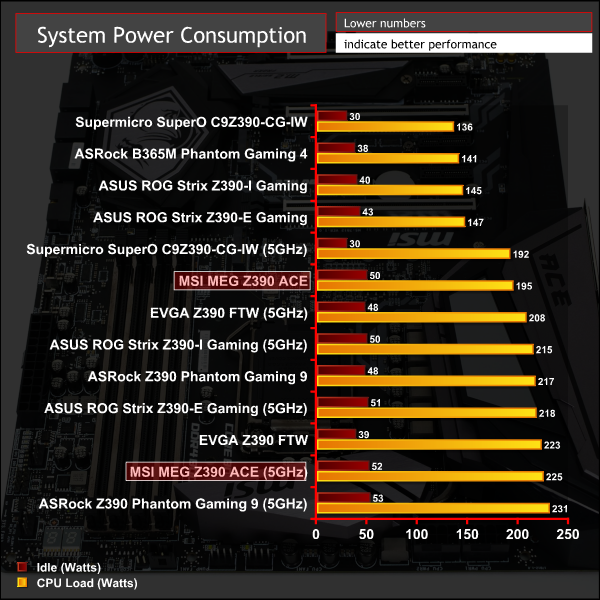 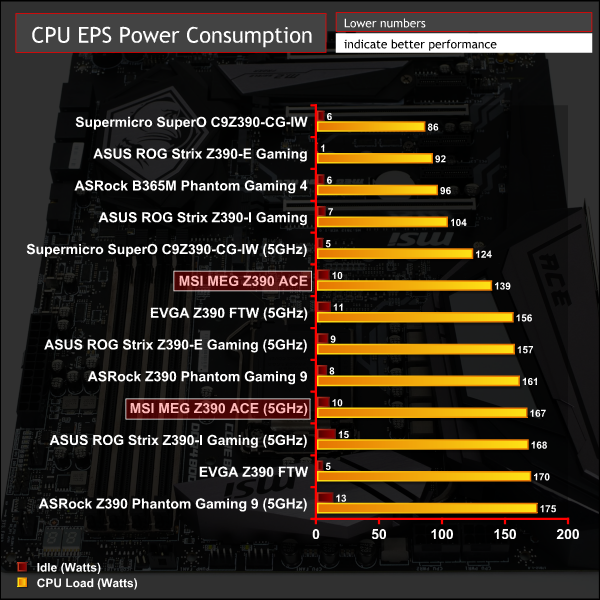 System power consumption was consistent and as-expected for the frequencies and voltages applied.

“Stock” power consumption is higher than many rival motherboards, but that is due to MSI disregarding Intel's Turbo specifications rather than inefficiency on MSI's part.