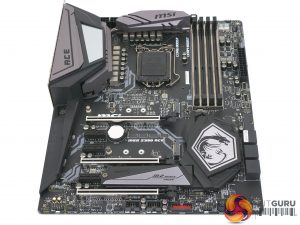 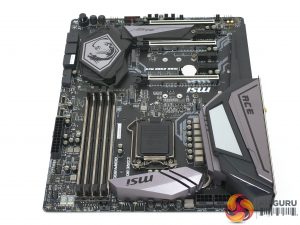 The MSI MEG Z390 ACE is designed to be as clean and colour-neutral as possible with the primary colours being black and grey. 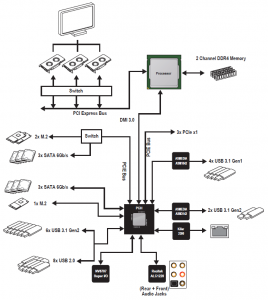 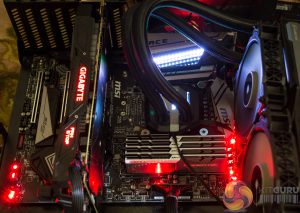 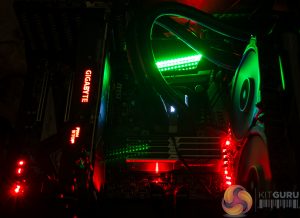 The onboard RGB lighting provides a splash of colour to the otherwise neutral design, although there is just a single RGB zone in the rear I/O shroud which is fairly limited compared to some other motherboards in this class. However, for the overclocking audience it can be argued that RGB lighting is of less significance.

The colour theme that the user might choose to go with is potentially interrupted by the large number of non-configurable red lights scattered across the motherboard. 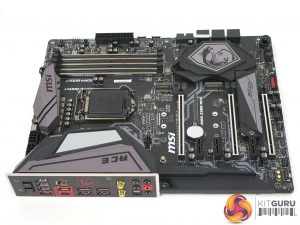 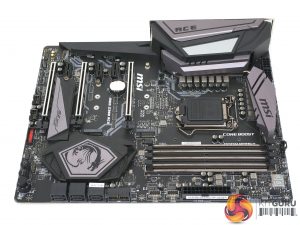 MSI provides two USB 3.1 Type-C front panel headers, rather than the single header provided by most manufacturers, but most consumers will need an appropriately modern case to take advantage of these.

Onboard power and reset buttons, a code reader, diagnostic POST LEDs, clear CMOS button and a USB BIOS flashback utility provide for a useful set of overclocking and troubleshooting tools. 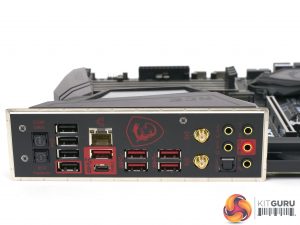 The lack of display outputs stems from MSI’s decision to completely omit support for Intel’s integrated graphics. While it is true that most users would be using discrete graphics in this market segment, the benefits of iGPU acceleration technologies such as Quick Sync can no longer be exploited on this motherboard. 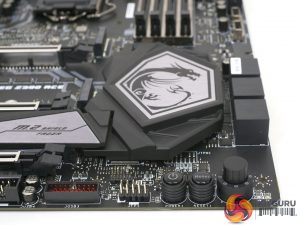 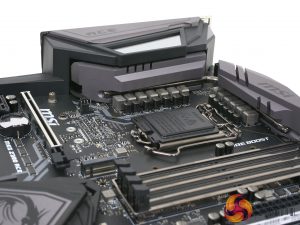 The motherboard uses a pair of heatsinks, joined together by a nickel-copper heat pipe. This is one step ahead most motherboards on the Z390 platform which often lack heat pipe cooling and tend to bunch up most of the VCore VRMs onto a single heatsink. 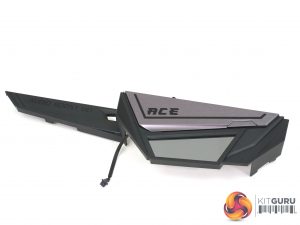 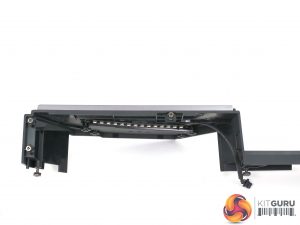 A plastic shroud, which contains this motherboard’s only RGB lighting, covers the majority of the rear of the motherboard. It likely restricts airflow over the rear-most heatsink, but our testing later on should reveal how effective the VRM cooling solution is in light of that. 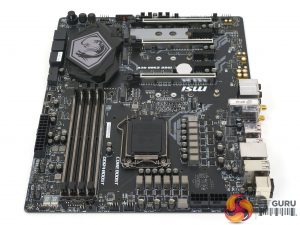 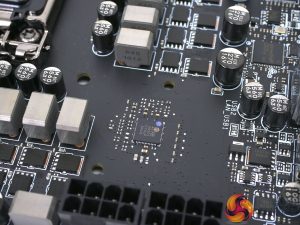 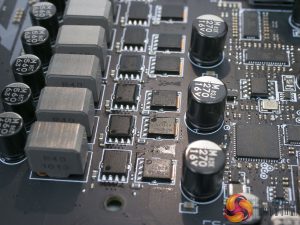 The CPU VRM uses the tried-and-trusted Infineon International Rectifier IR35201 PWM controller which supports a maximum of 8+0/7+1/6+2 phase control. On the MEG Z390 ACE it operates as a 6+1 controller and MSI loads all the VCore phases onto the 6 phase control with IR3598 doublers to extend control to all 12 VCore phases.

MSI uses ON Semiconductor NTMFS4C029N (high-side) and NTMFS4C024N (low-side) MOSFETs for all VCore phases. The whole solution can take power input from two 8 pin EPS connections, but in reality one 8 pin is more than sufficient and users are not required to attach the second 8 pin for the system to function. 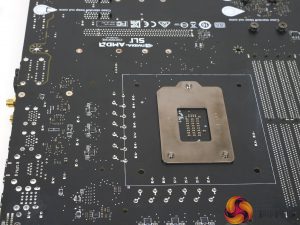 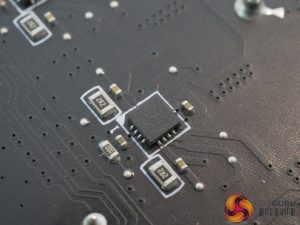 There are six IR3598 phase doublers found on the underside of the motherboard which support the doubling of 6 PWM signals to 12 PWM phases.