The following graph shows the PR-GP1200FM’s total performance rating, comparing it to other units we have tested. To be more specific, the tested unit is shown as the 100 percent baseline, and every other unit’s performance is shown relative to it. 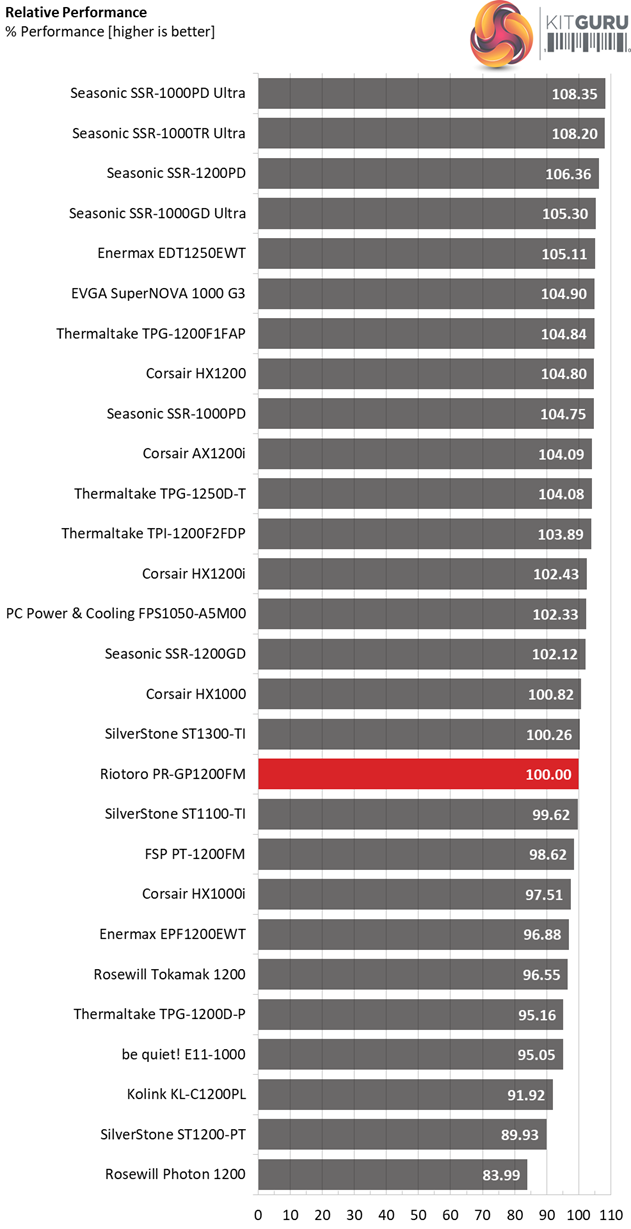 The Riotoro 1200W unit achieves a high overall performance score, however the competition is strong as you can see in the graph above. Both the HX1200 and the Prime Gold 1200W perform better, while they also cost about the same and have much longer warranty periods.

The following chart may be the most interesting to many of you because it depicts the product’s performance-per-dollar score. We looked up the current price of each PSU from popular online etailers and used those prices and all relative performance numbers to calculate the index. Note that all of the numbers in the following graphs are normalised by the rated power of each unit. 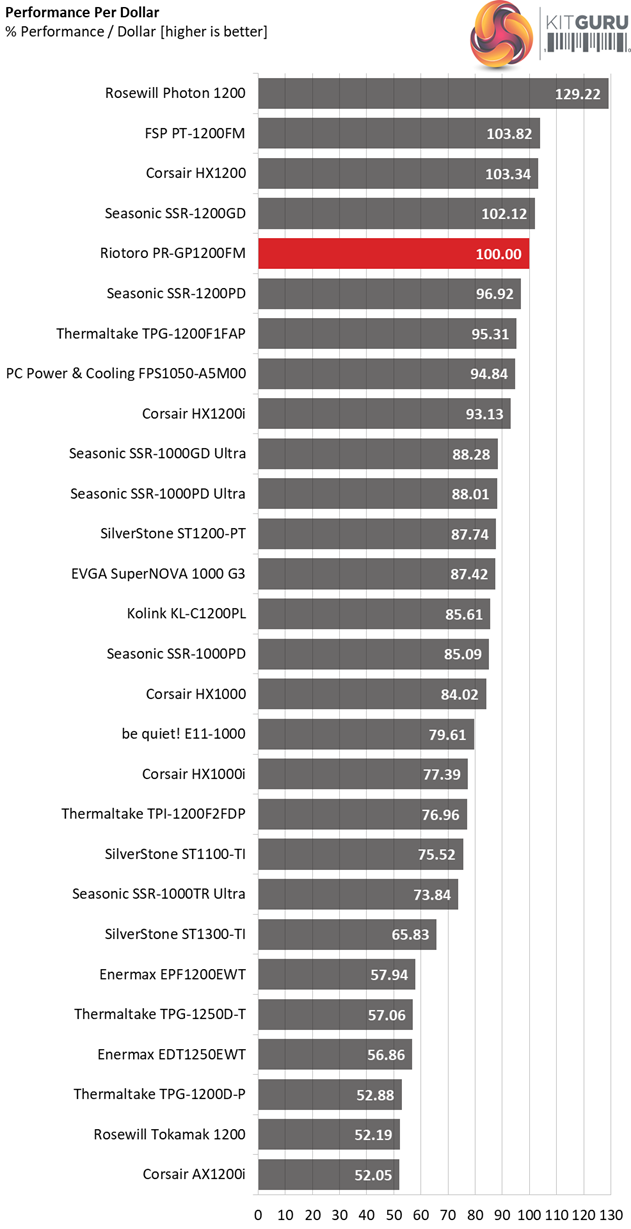 Riotoro’s model scores well, however the HX1200 and the SSR-1200GD perform better. With a lower price this unit would be even more attractive, but we don’t know if this is possible for Riotoro (and High Power).

The graph below depicts the cooling fan’s average noise over the PSU’s operating range, with an ambient temperature between 30°C and 32°C (86°F to 89.6°F). 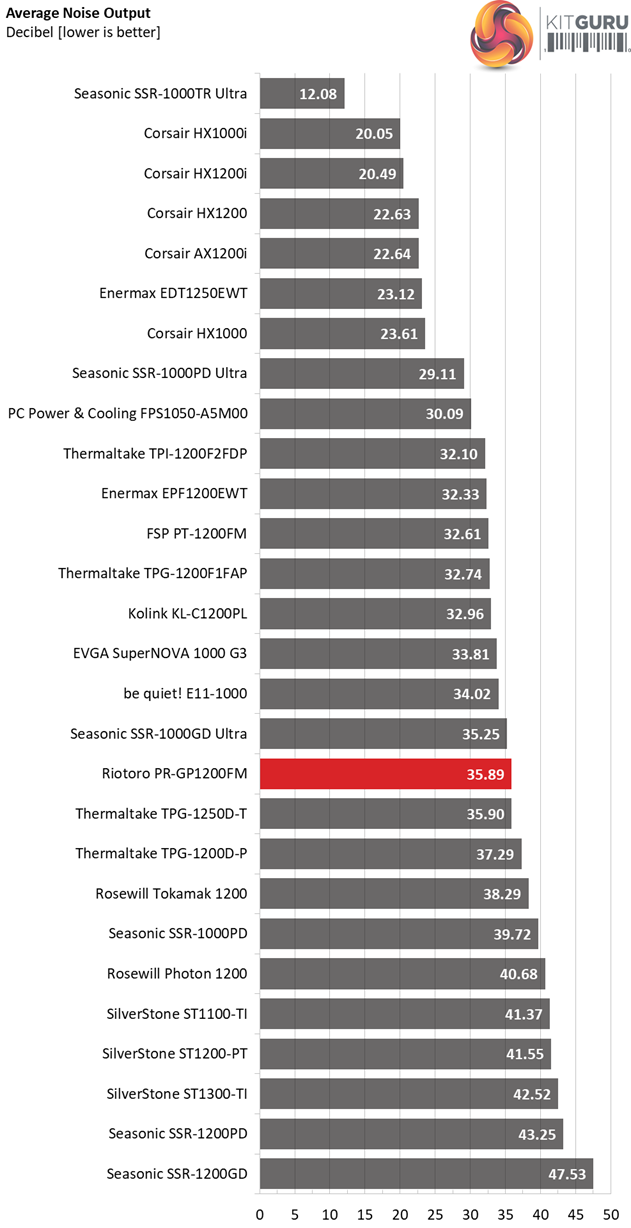 For a 1200W unit it is quiet enough. Just take a look at the similar capacity models with higher efficiency, with many of them exceeding 40 dB(A) overall noise output. Nevertheless, the HX1200 is significantly quieter.

The following graph shows the PSU’s average efficiency throughout its operating range, with an ambient temperature close to 30°C. 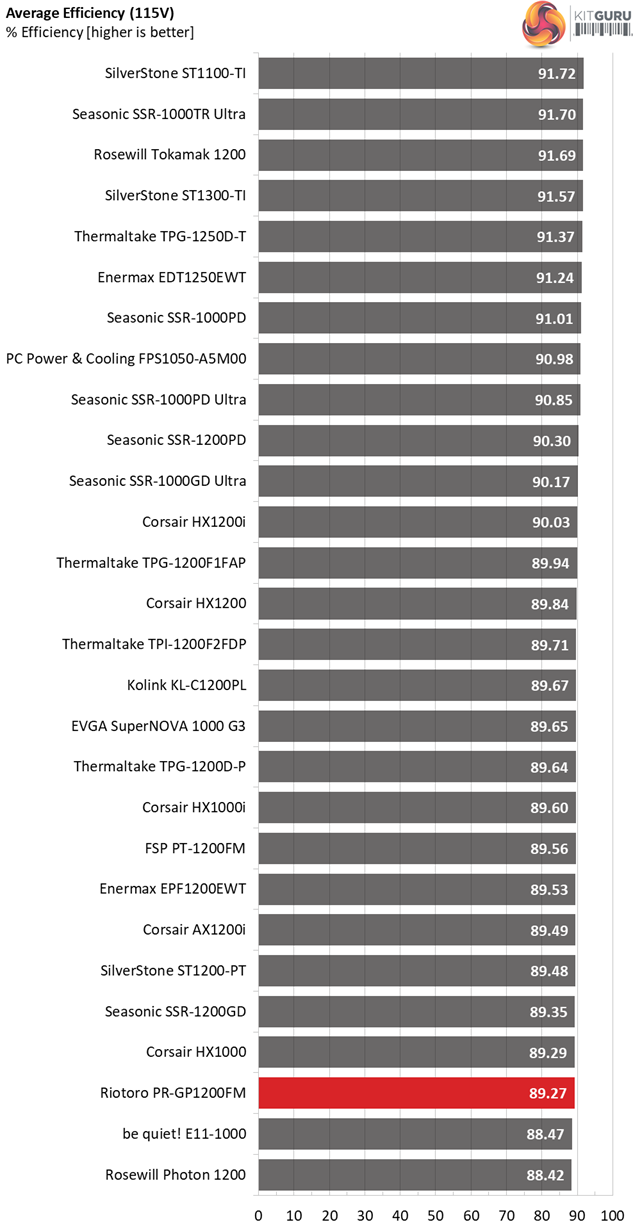 There are not many 1200W Gold units, so naturally the PR-GP1200FM is at the bottom of this chart. The difference between it and the Seasonic Prime Gold model is very small though.