Using results from the previous page, we plotted a chart showing the PR-GP1200FM’s efficiency at low loads, and loads from 10 to 110 percent of its maximum-rated capacity.

The majority of the competing products in this capacity range feature higher efficiency certifications and cost more. So it is natural for the Riotoro offering to be at the bottom of the normal-load average efficiency chart. The unit takes over first place though, in the light loads chart.

In the following tests, we measure the PR-GP1200FM’s efficiency at loads significantly lower than 10 percent of its maximum capacity (the lowest load the 80 PLUS standard measures). The loads we dial are 20, 40, 60, and 80W. This is important for representing when a PC is idle, with power-saving features turned on.

With light loads the 1.2kW unit goes pretty well, while at the same time the fan’s noise is kept low.

The 5vSB rail’s efficiency is satisfactory, although the majority of the (more expensive) offerings achieve better results here.

The vampire power is a bit higher than expected, especially with 230V. This affects the 5VSB’s efficiency under very light loads.

The first chart below illustrates the cooling fan’s speed (in RPM), and the delta between input and output temperature. The results were obtained at 37°C (98.6°F) to 45°C (113°F) ambient temperature. 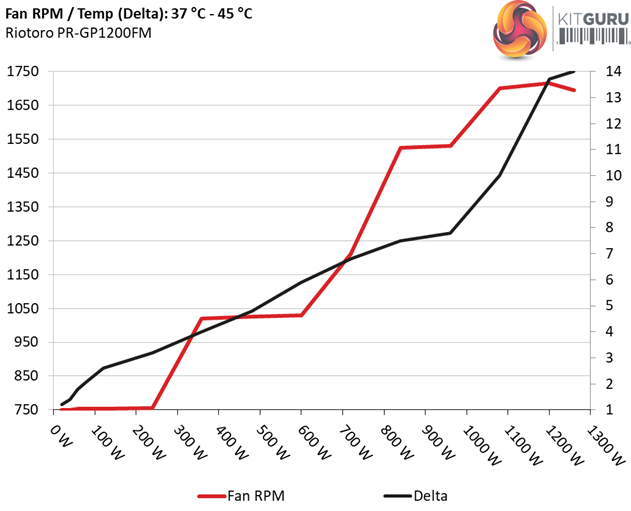 The next chart shows the fan’s speed (again, in RPM) and output noise. We measure acoustics from one meter away, inside a hemi-anechoic chamber. Background noise inside the chamber is below 6 dB(A) during testing (it’s actually much lower, but our sound meter’s microphone hits its floor), and the results are obtained with the PSU operating at 37°C (98.6°F) to 45°C (113°F) ambient temperature. 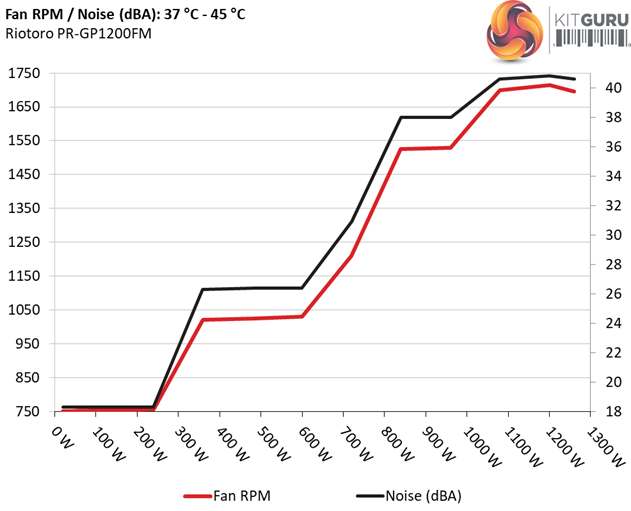 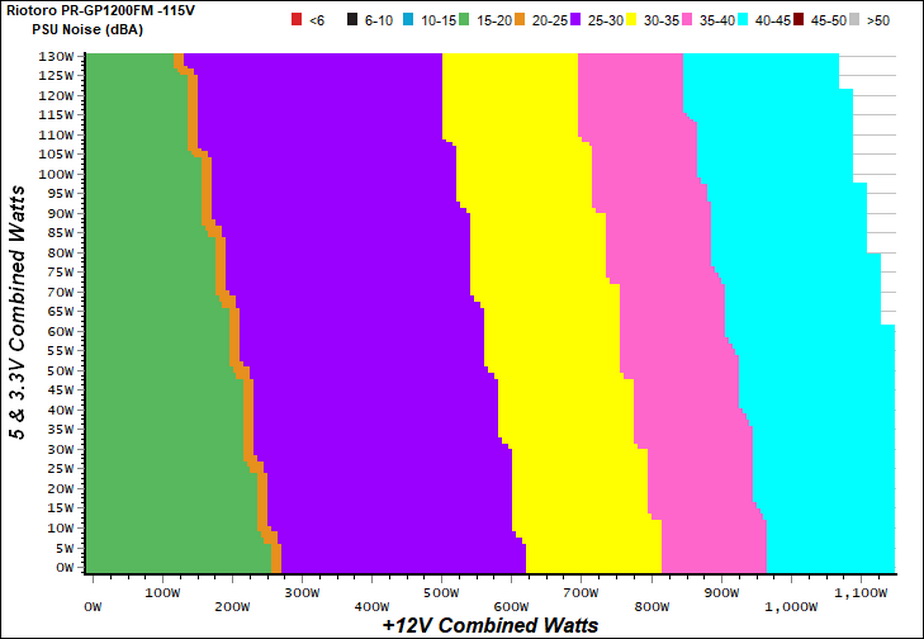 If we take into account the fan control circuit’s behaviour under high operating temperatures, we expected it to be more relaxed under normal operating temperatures. Nonetheless, this is a high capacity unit so it needs to have proper airflow to ensure the internal components take the least amount of stress, in order to maximise lifespan.