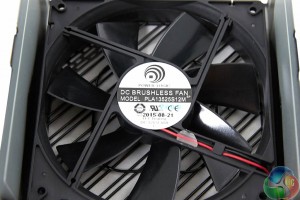 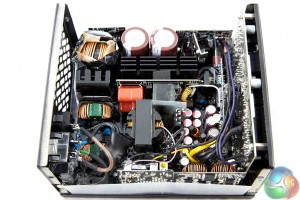 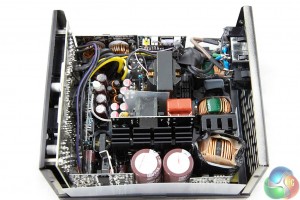 The FSP Hydro G 750W is a nicely built unit, very clean – and the soldering quality is reasonably high with just a few wires looking a little worse than we would expect on the modular PCB. It is based on a LLC primary design with synchronous rectification on secondary with DC-DC VRM’s.

Most of the heatsinks are quite small inside with proprietary heatsinks on the secondary stage which FSP are keen to point out in their literature. They say their new heat dissipation design conducts heat through a thermal pad on the bottom of the power supply which transforms the whole PSU chassis into a giant heat sink, cooled by system airflow. 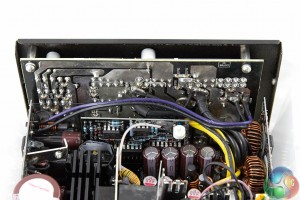 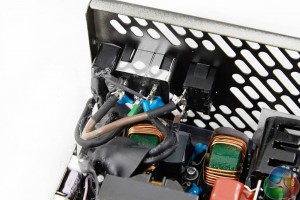 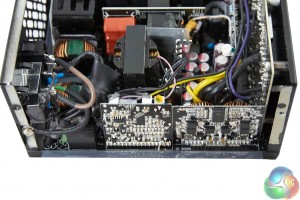 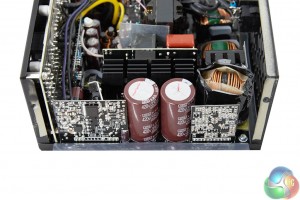 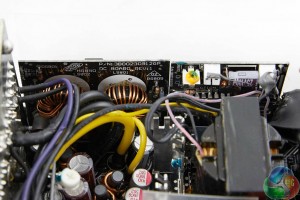 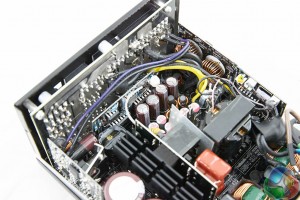 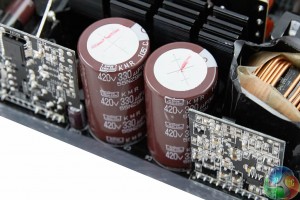 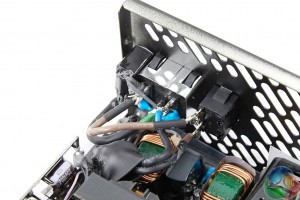 The filtering starts on the housing with a Y and X Capacitor and continues to the main PCB. On the primary side there is an add on PCB which is home to the APFC controller, next to a coil which is part of the PFC stage.