ASRock’s UEFI hasn’t changed much since our most recent ASRock X99 review, which is no bad thing as we concluded it was “well laid-out, easy to use, and full of relevant user-customisable parameters”. 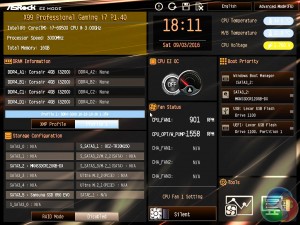 Upon entering the UEFI users are greeted by a splashscreen called EZ Mode; ASUS uses similar terminology for its splashscreen too. The general logic is that less-confident UEFI users should be able to access the most common options here such as boot order and XMP. 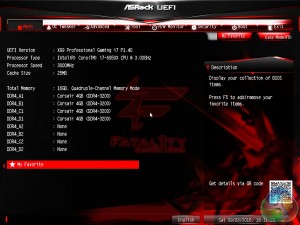 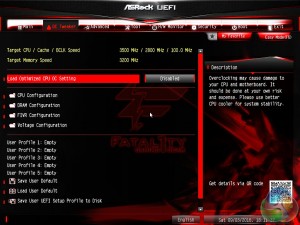 OC Tweaker is the area in which most time will be spent since this holds key CPU and DRAM options. CPU Configuration and DRAM Configuration tabs allow for frequency and general settings changes. 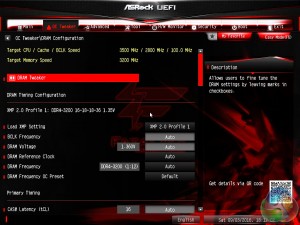 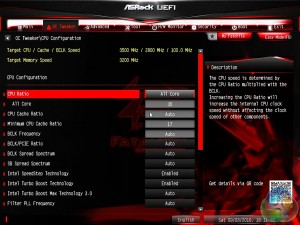 CPU tweaking options include the cache, Turbo Boost options and core ratios. By default, when enabling XMP or multicore enhancement, ASRock keeps to a 3.5GHz all-core turbo with up to 4GHz on the single golden core as dictated by Intel’s new Turbo Boost 3.0 behaviour. 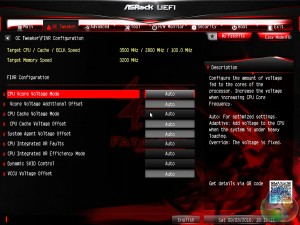 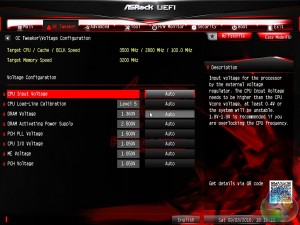 There are voltage options in both the Voltage and FIVR (Fully Integrated Voltage Regulation) configuration tabs so a bit of exploration may be required to find the appropriate setting. 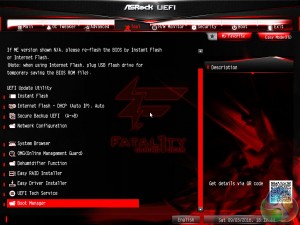 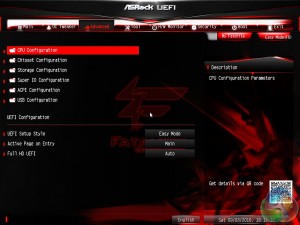 The Advanced section drills down more into the various onboard hardware and their available configuration options. In general the advanced tab is everything that isn’t voltage or frequency related. It’s more about toggling compatibility settings and different operational modes. 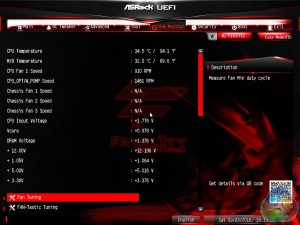 The H/W monitor tab contains the ASRock fan tuning utility. From here you can set standard PWM fan profiles or explore the fan voltage-RPM range with the tuning utility and set your own custom fan curve. The changes to the fan profiles also take place “live” rather than on reboot or save and exit, so it’s easy to get the fans set up correctly before leaving the UEFI environment.