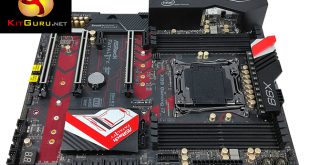 Since the launch of Intel's Broadwell-E CPU family for the X99 platform KitGuru has seen and tested a of variety refreshed motherboards from ASUS, Gigabyte and MSI. However, no assessment of new X99 motherboards would be complete without examining what ASRock has to offer. 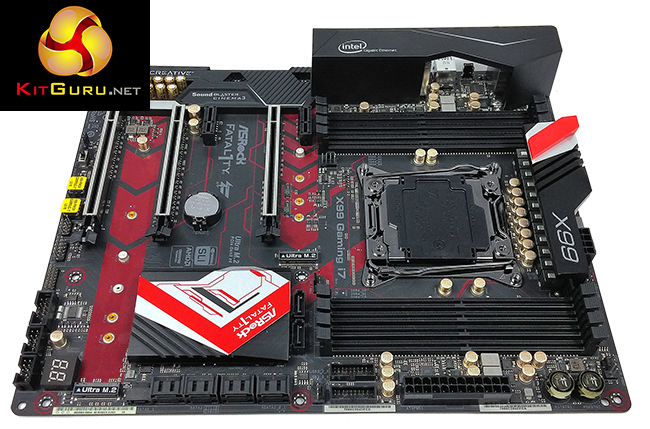 The ASRock motherboard on test today is the Fatal1ty X99 Professional Gaming i7. As the somewhat-verbose naming convention for this product implies it is part of ASRock's Fatal1ty range, and is simultaneously targeted for gaming and professional users of the X99 platform.

Rather fittingly this ASRock motherboard targets an almost identical price point to many other X99 motherboards we've tested such as the ASUS ROG STRIX X99 Gaming and Gigabyte X99-Ultra Gaming.

At around £275 in the UK, or $260 in North America, this is an upper-mid-range motherboard for the X99 platform that falls in the middle of ASRock's X99 range, which starts with the X99 Extreme 4 and ends with the flagship X99 Extreme 11.

The Fatal1ty X99 Gaming uses a somewhat predictable red and black “gaming” colour scheme with ASRock's almost-trademark gold-coloured capacitors. Despite RGB being the craze of 2016 ASRock has not implemented any RGB or LED lighting into the design, which may be refreshing to some.

The ASRock Fatal1ty X99 Gaming is more about delivering a significant amount of hardware for a competitive price, than flashy aesthetics.