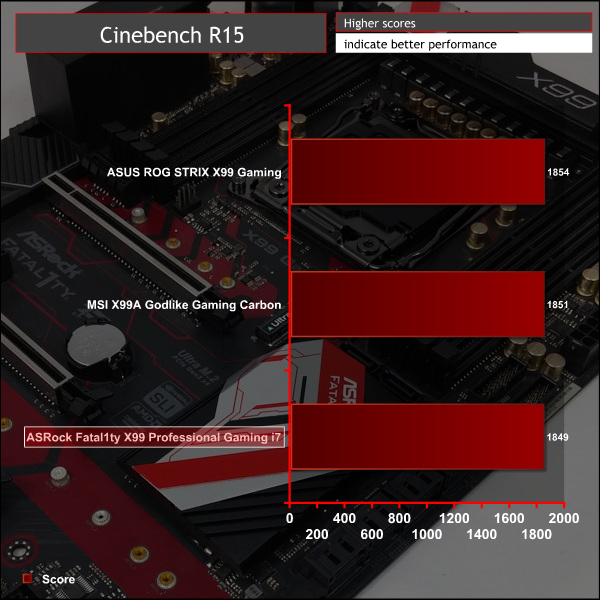 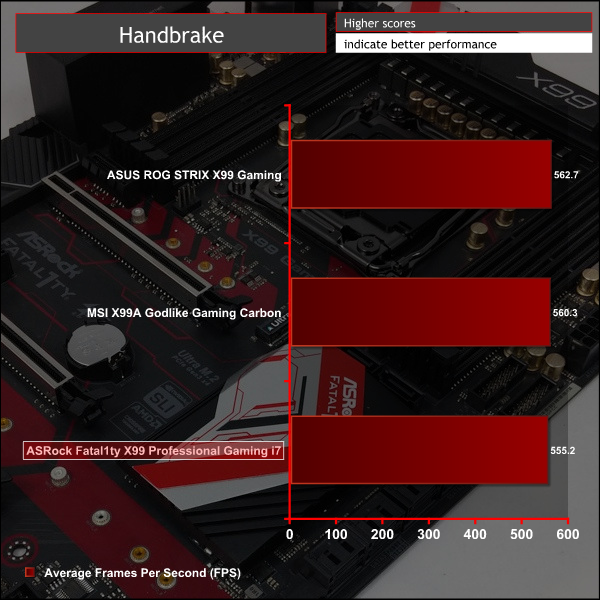 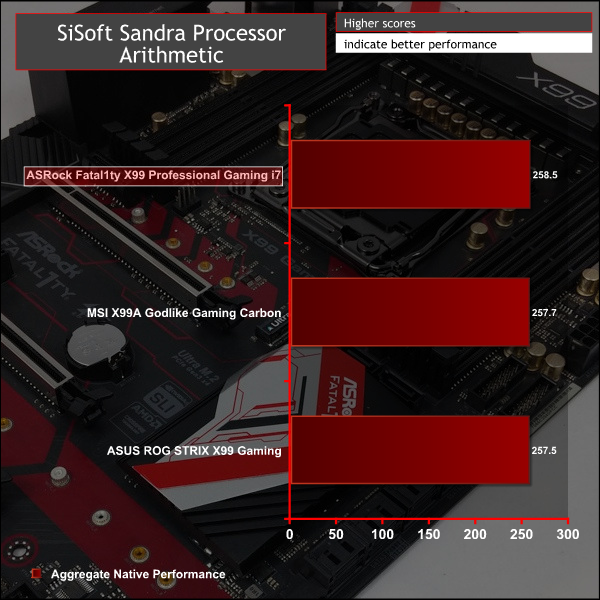 CPU is similar across all X99 motherboards though the ASRock board trails ever so slightly in some benchmarks due to its less-aggressive CPU cache ratio application. It automatically opts for the 6950X’s base 2.8GHz when running a fixed 3.5GHz all-core turbo compared to 3.1GHz on both the on-test ASUS and MSI motherboards.