AIDA64 Engineer is a multi-featured software suite for diagnostics, stress testing, benchmarking, software auditing and various other measurement parameters. We use AIDA64 Engineer to benchmark memory throughput and latency. 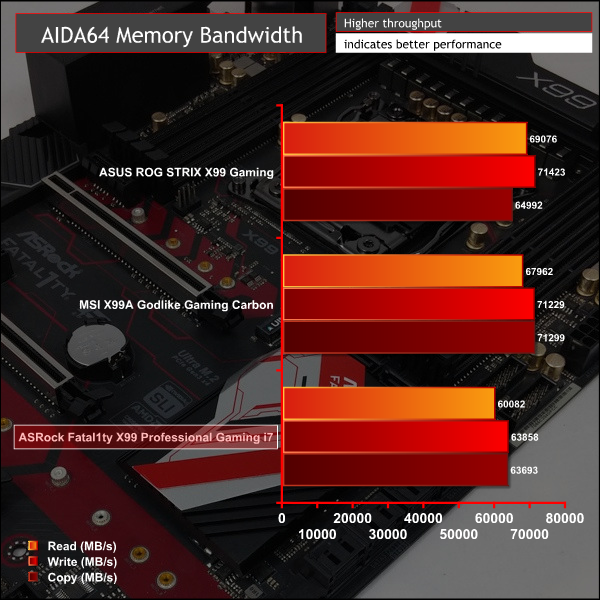 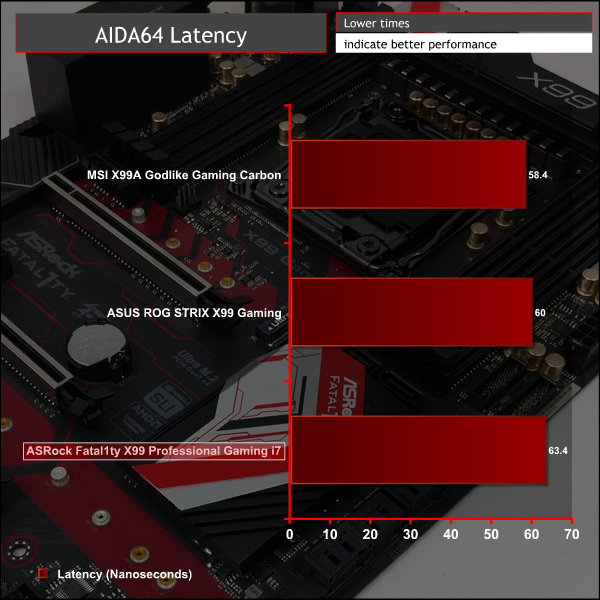 The previously mentioned lower CPU cache ratio plays out more in synthetic memory benchmarks, ASRock’s Fatal1ty X99 Professional Gaming i7 is up to 10% slower in AIDA64.

Even after manually adjusting the CPU cache ratio to 31x to match ASUS’ and MSI’s X99 boards, we were only able to increase memory performance to 61,273, 69,354 and 64,105 MB/s read/write/copy. Latency improved to 61.5 ns. Those numbers are still slower than both ASUS and MSI but are improved, particularly writing bandwidth. 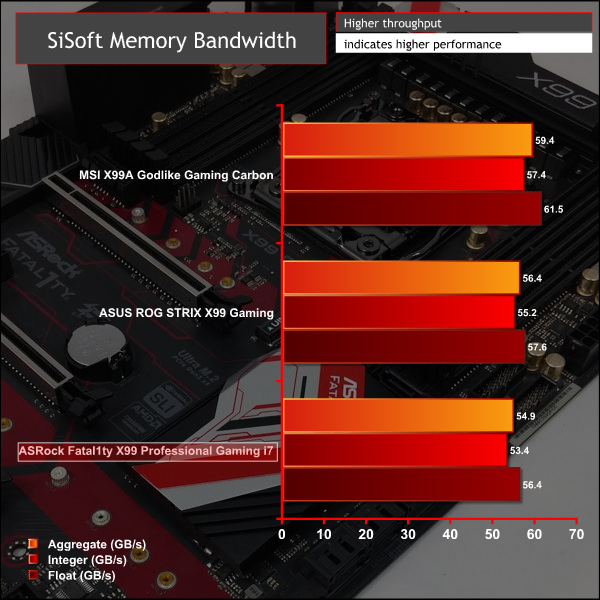 In summary, ASRock seems to be a few percentage points slower in memory benchmarks even when manually adjusting for the CPU cache ratio deficit.