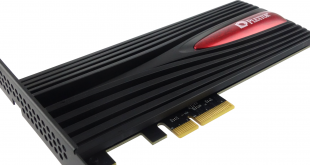 Plextor's latest NVMe SSD family is the M9 and as with the previous generation M8 drive series, the M9 comes in three versions, two M.2 drives and the HHHL version we are reviewing here. 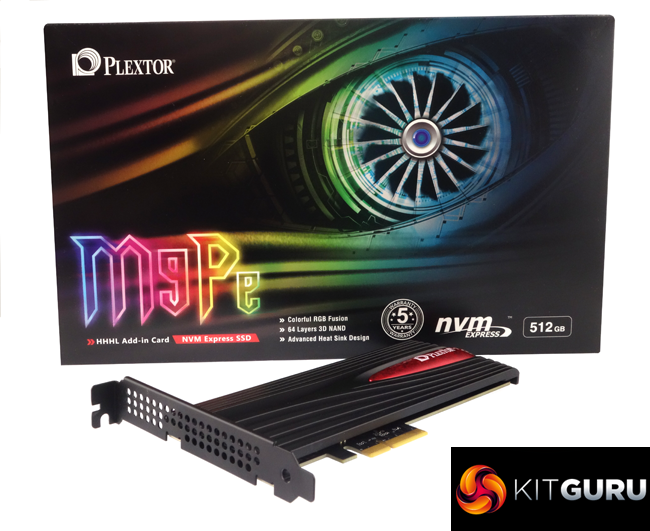 The two M.2 versions are the M9Pe(G) which comes with a black and red design heatsink on it and the M9PeGN, a bare drive without the heatsink.  The M9Pe(Y) HHHL (Half Height Half Length) drive we are reviewing has the same red and black design heatsink as the M9PeGN only much larger obviously. Capacity wise there are just three for all three versions of the M9; 256GB, 512GB and the flagship 1TB drives.

The M9Pe(Y) has another trick up its sleeve or heatsink, it's an RGB design, the first RGB SSD. Power it up and displays Red and then when in standby it slowly cycles through its range of colours. Once the drive is actively reading or writing then you get the full RGB effect. It your're not a fan of RGB then tough because at the time this review was written there is no way of turning it off. Hopefully some kind of control for it will be built into a future version of Plextor's Plextool management software.

Plextor quote endurance figures for the 512GB drive at 320 TBW and back the drive with a five year warranty.