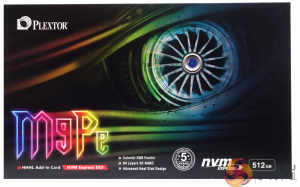 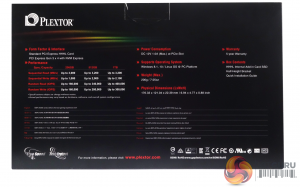 Plextor’s M9Pe(Y) comes is a large box more akin to what you might find a graphics card in rather than a hard drive. The M9Pe branding on the front of the box is coloured using the same colours of the RGB, neat bit of marketing that. Under this are descriptions of some of the drives features; HHHL Add-in card, NVMe SSD, RGB Fusion, 64-layer 3D NAND, advanced heat sink design, the fact the drive is backed by a 5 year warranty and its capacity.

The back of the box has a performance panel that lists Sequential and Random performance figures for all the drives in the range. To the right of this is a small specification list. 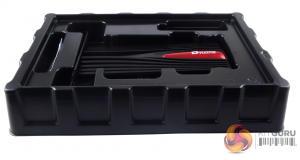 The drive sits safely in an inner plastic tray that has seperate compartments for all the supplied components and the tray has a tight fitting clear plastic cover to keep everything snuggly in place. 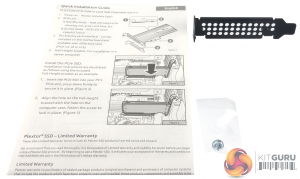 The box bundle consists of a installation booklet, half-length PCI bracket and a fixing screw.

The front of the PCB is totally covered by the passive heatsink, which uses fairly deep cut cooling fins to help keep the drive cool.

Not only does the drive have an RGB panel in the side of the heatsink, the Plextor logo on the same side is lit in a blueish white colour. 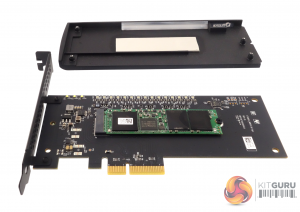 Once the four screws holding the heatsink in place are removed (one is under the warranty sticker, so undoing it breaks the warranty). The black PCB is home to a M.2 2280 drive. 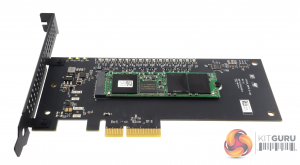 It supports PCIe Gen 3 x 4 lanes and the NVMe 1.1b spec and uses 3rd-genaration Marvell LDPC technology to enhance reliability and boost endurance for 15/16nm MLC/TLC and 3D NAND. To protect data it has an AES 256 encryption engine supporting TCG standards.