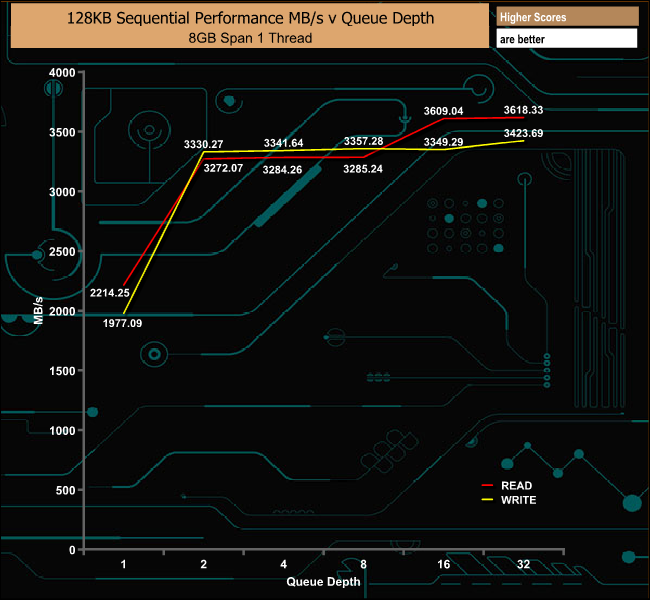 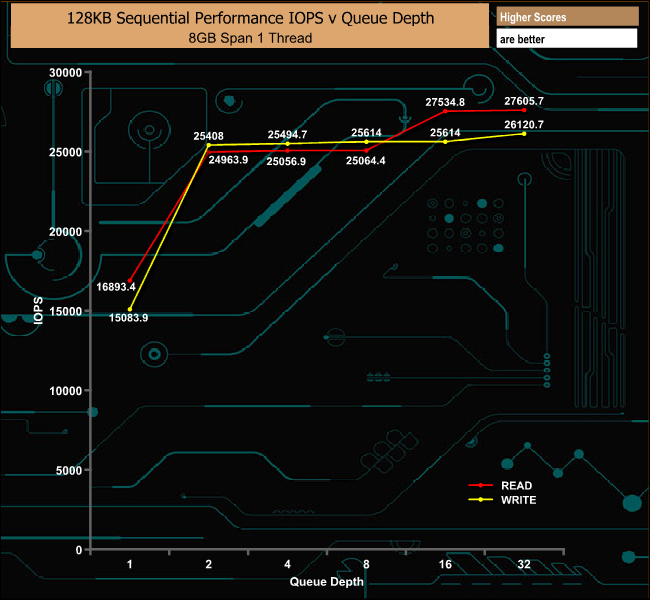 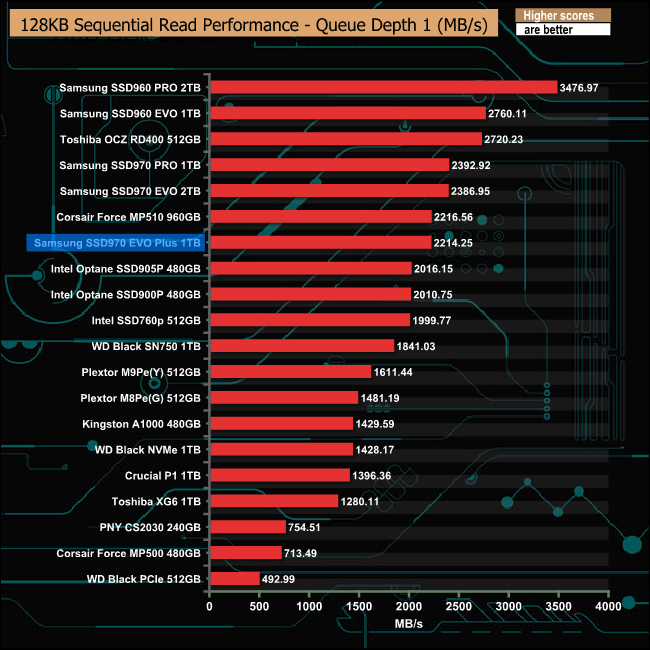 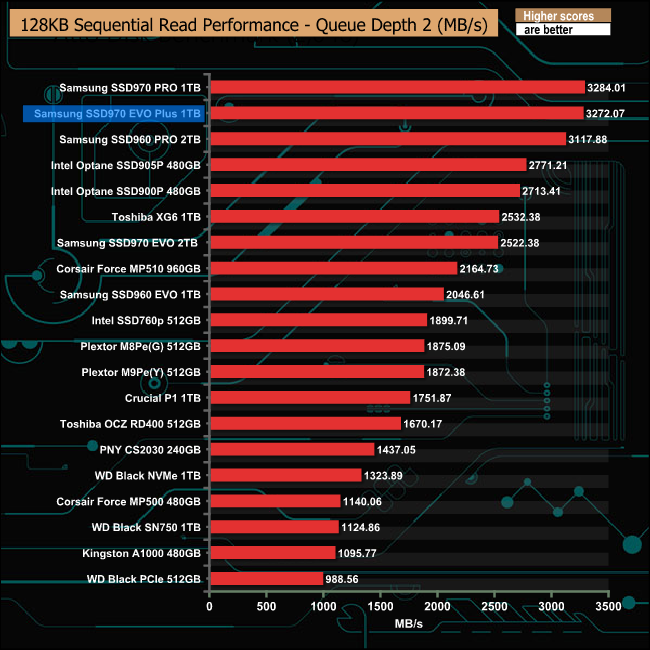 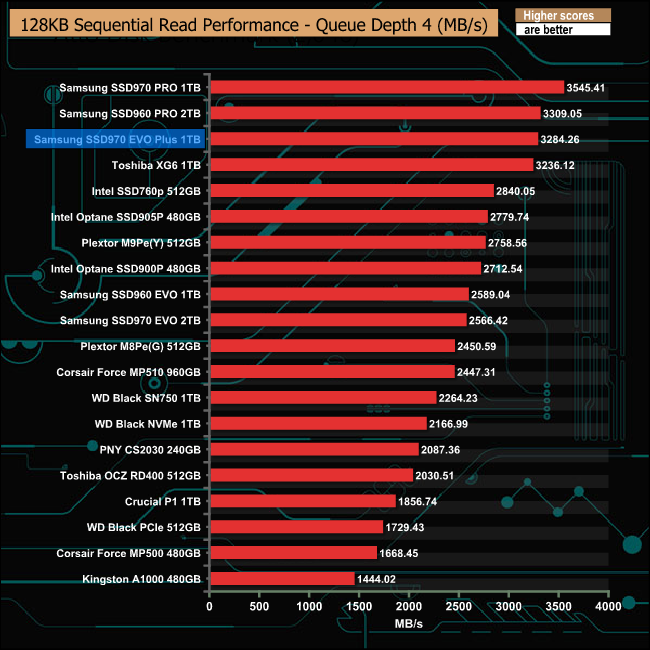 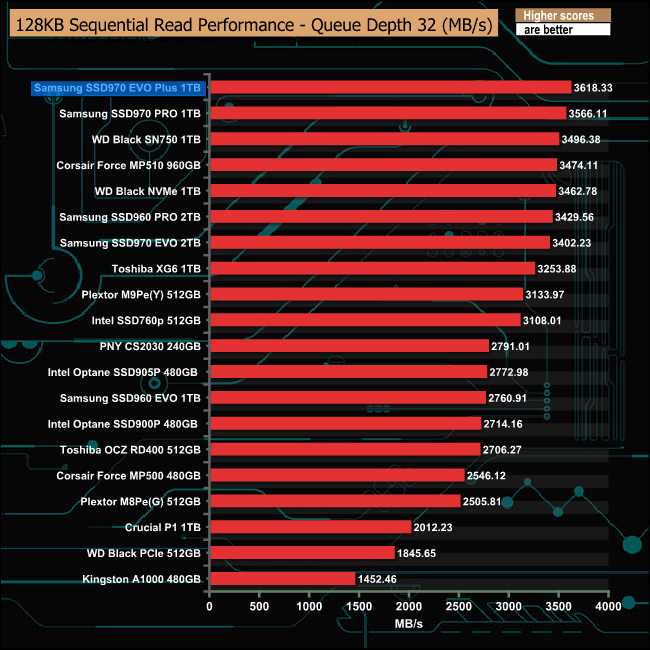 At a QD of 1, the 970 EVO Plus sits below the original 970 EVO in the Sequential read results chart, but as the queue depth deepens the new drive pulls away from the older drive until finally at a QD of 32 it sits firmly in the top spot on the chart, even beating Samsung’s own mighty 970 PRO. 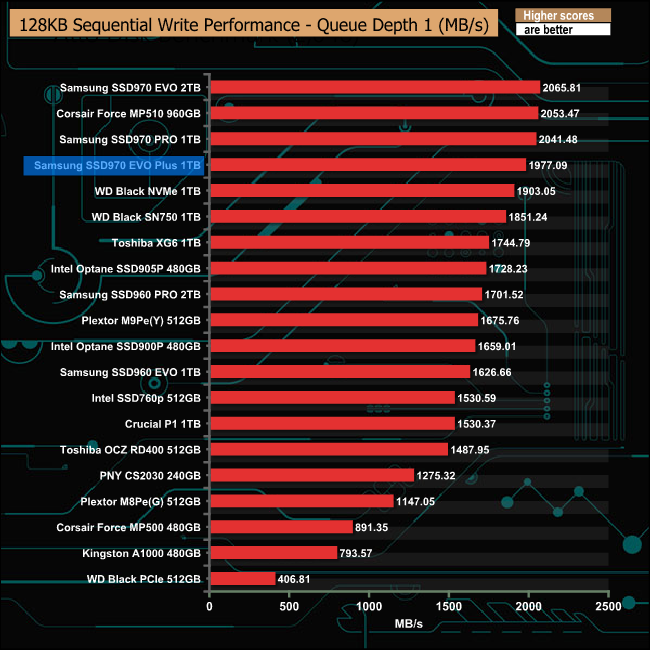 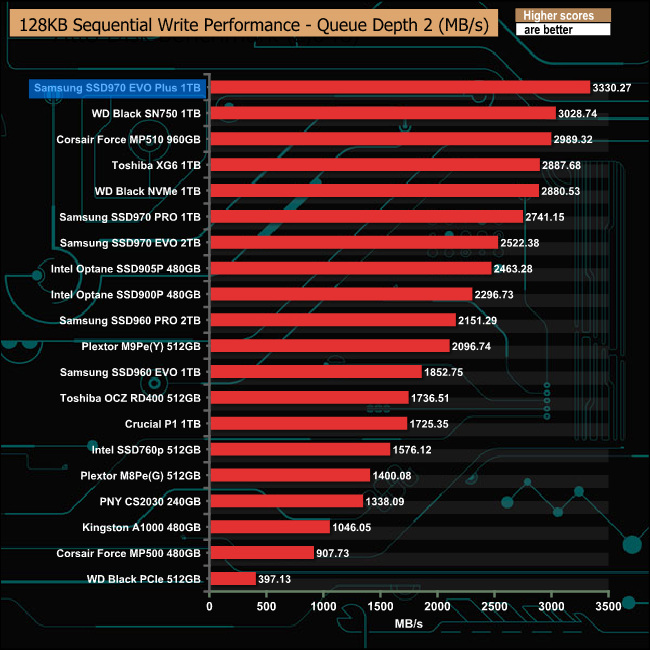 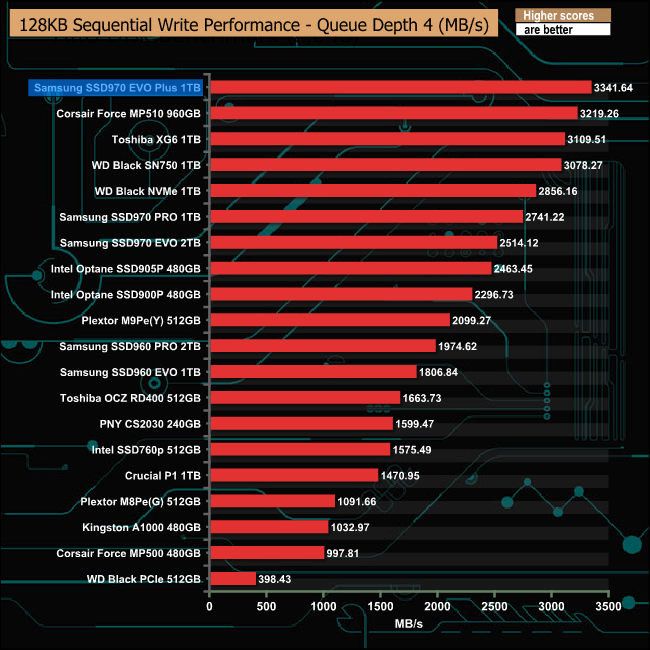 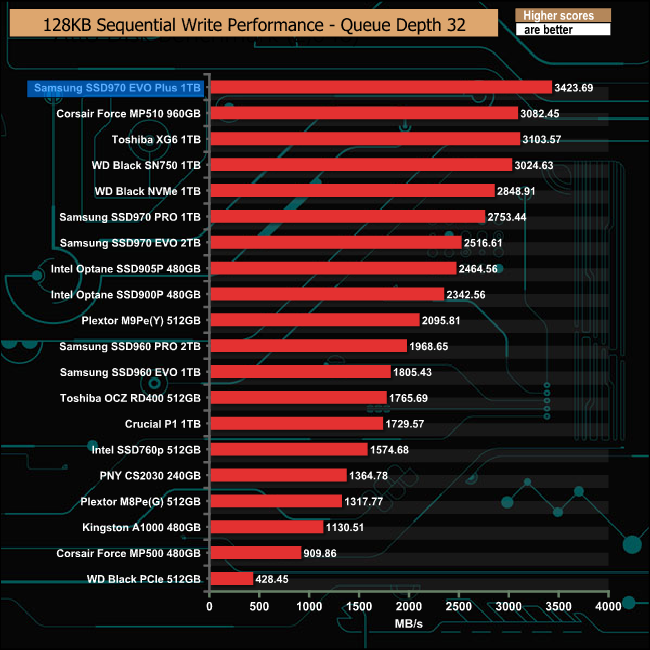 It’s a similar story when it comes to Sequential writes. At a QD of 1, the new drive isn’t as quick as the old drive but as the queue depth deepens, the new drive quickly pulls away. In fact, it tops the charts in queue depths 2, 4 and 32.