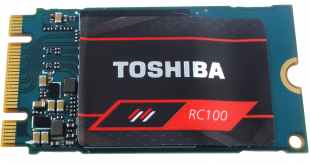 Toshiba's latest addition to its range of consumer NVMe drives is the RC100, aimed at the value end of the NVMe market. It sits between the TR200 SATA SSD and the enthusiast NVMe RD400 in Toshiba's consumer SSD drive line up.

The first thing that grabs you about the new drive is just how small it is – built on the M.2 2242 format, it's just 42mm long. To get such a small package Toshiba has used a BGA (Ball Grid Array) design with the controller and the 64-layer TLC BiCS NAND stacked into a single package. The controller is an in-house Toshiba design but details about it are pretty non-existent. While it's their first BGA PCIe SSD for the consumer space, the company has been offering BGA SSD's in the OEM segment for around three years.

There are a couple of limitations going down this design route; there's not enough space for any DRAM cache and the interface is limited to PCIe x2. Instead of DRAM cache, the RC100 uses something called Host Memory Buffer (HMB). HMB was part of the NVMe Rev 1.2 specification. It allows a drive to have access to part of the host system's main memory to use as a small scale cache. 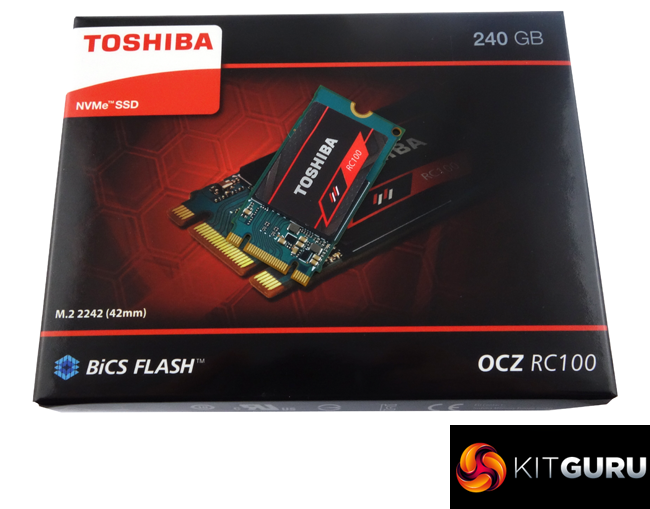 Toshiba quotes an endurance figure for the 240GB drive as 120TB TBW which works out at around 110 GB/Sday writes for the length of the 3 year warranty the drive comes with.