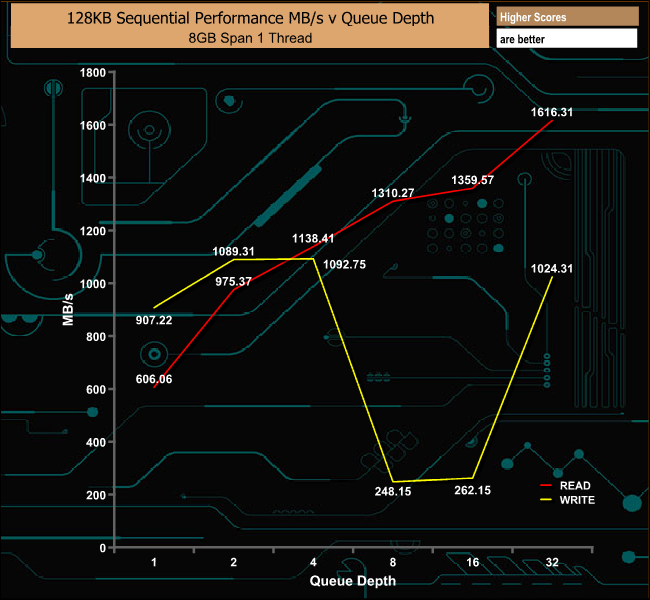 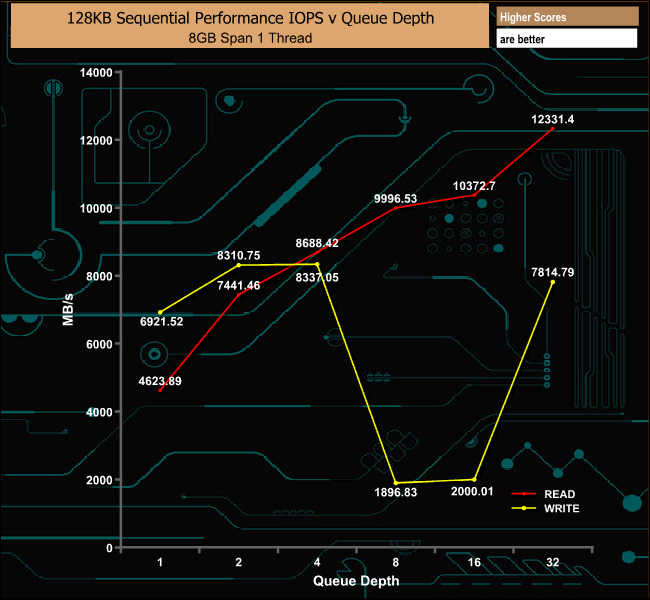 In our 128KB sequential read/write tests, the results confirm the official read figure of 1,600MB/s, with the drive producing 1,616MB/s – while writes came in at 1,024MB/s, just shy of the official 1,050MB/s at QD32. There is, however, a huge drop in performance between QDs 8 and 16 before the drive reaches that QD32 figure.

Most desktop operations happen in the 1 – 4 queue depth range, so we’ve broken out the test results to see how the drive performs at these queue depths in comparison with other drives, as well as at a queue depth of 32 – although in the desktop environment you’ll seldom, if ever, see a queue depth that high. 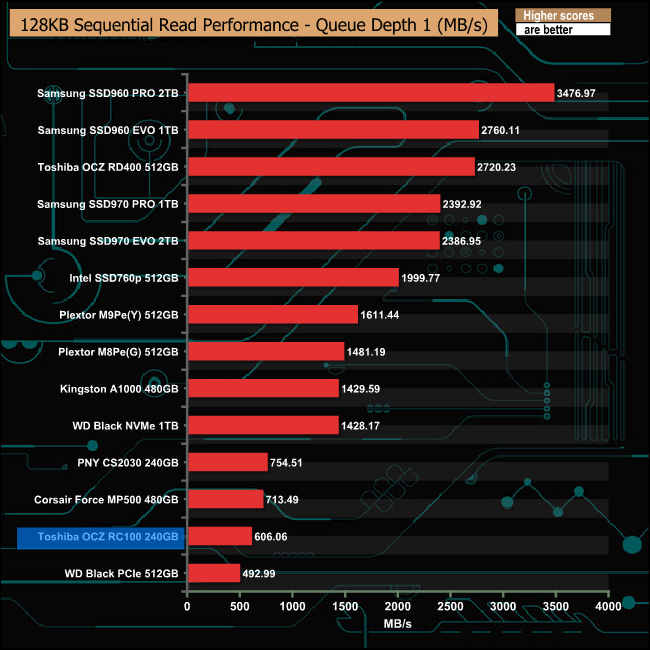 At a QD of 1, the RC100 sits ahead of WD’s Black PCIe drive but quite some way behind Kingston’s entry level NVMe drive, the A1000. 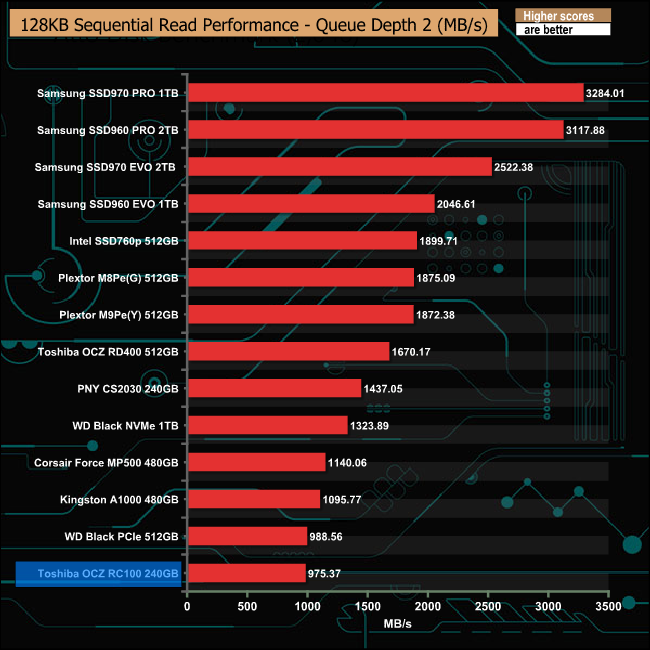 At QD2, the drive loses its advantage over the WD drive. 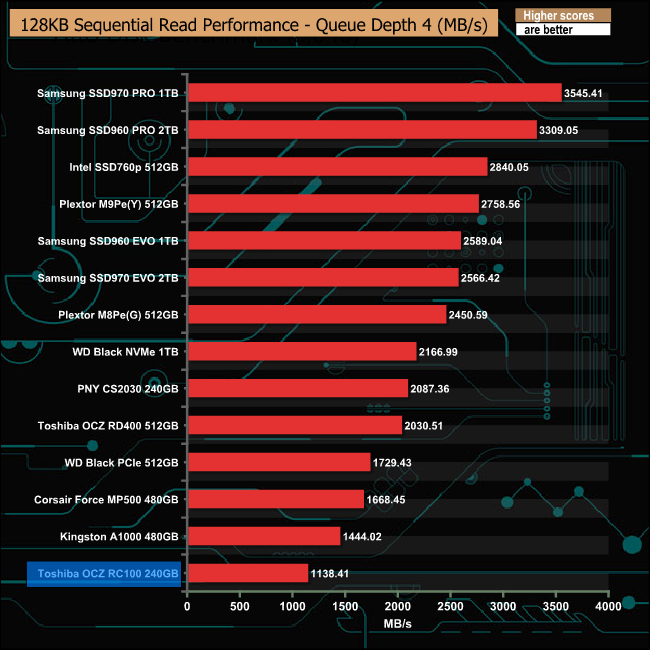 At a QD of 4, the drive loses further contact with the rest of the tested drives. 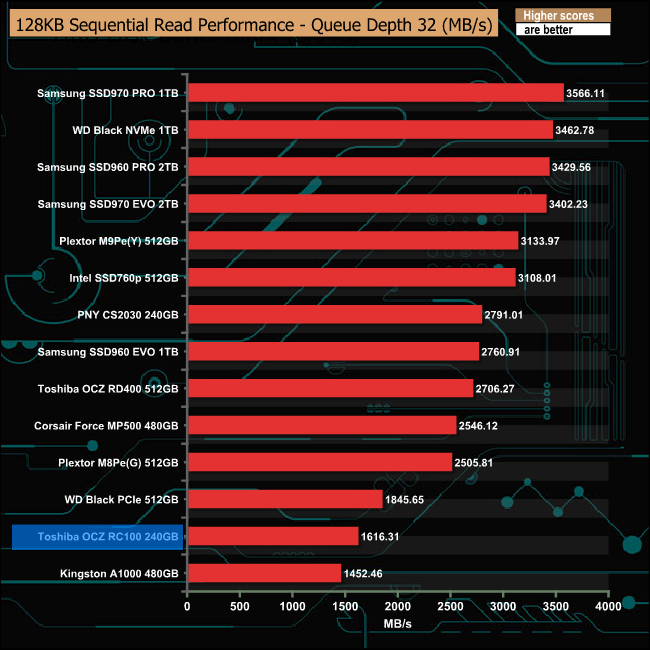 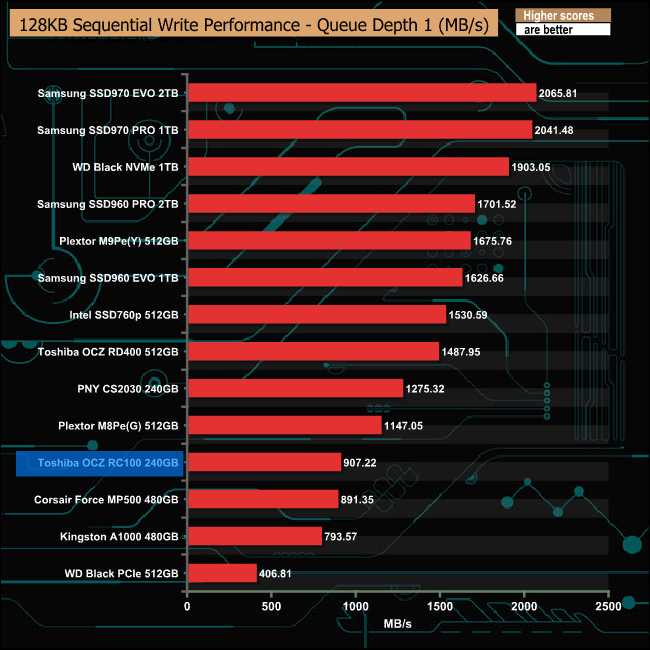 At a QD of 1, the RC100 performs pretty well in the sequential write test. It’s faster than Kingston’s entry level NVMe drive, the A1000. 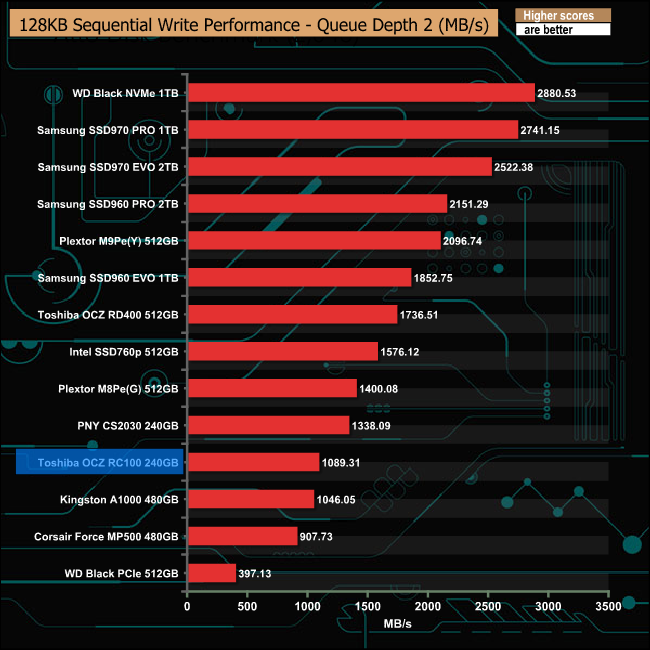 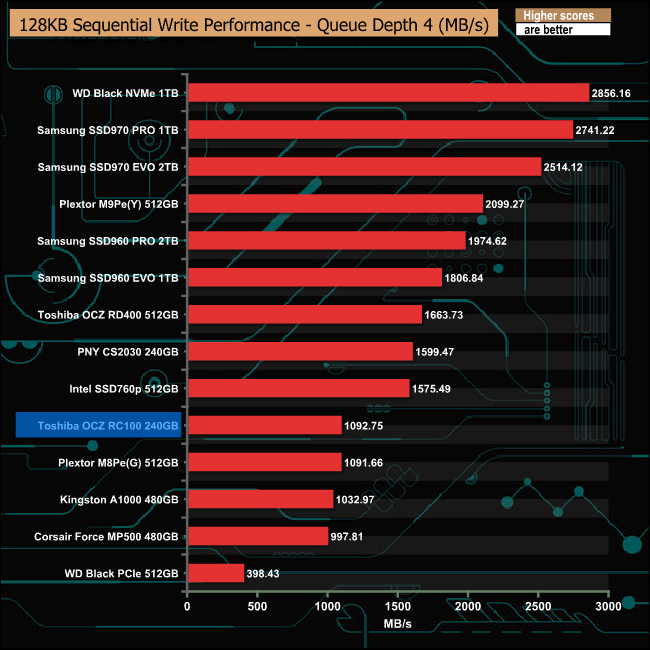 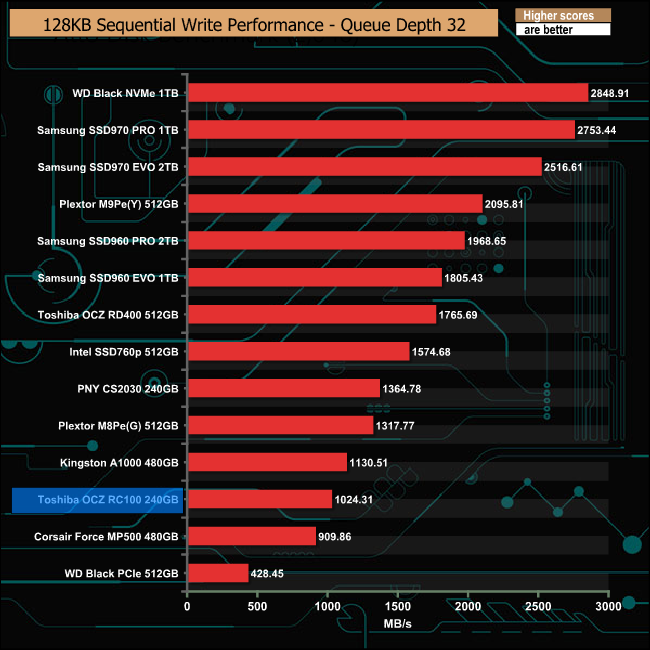 It’s only at QD of 32 that the Kingston drive gains the upper hand. At 1,024MB/s the RC100 is definitely in the ballpark of the official maximum 1,050MB/s for sequential writes.