PCMark 8’s Consistency test provides a huge amount of performance data, so here we’ve looked a little closer at how the RC500 performs in each of the benchmarks test suites. 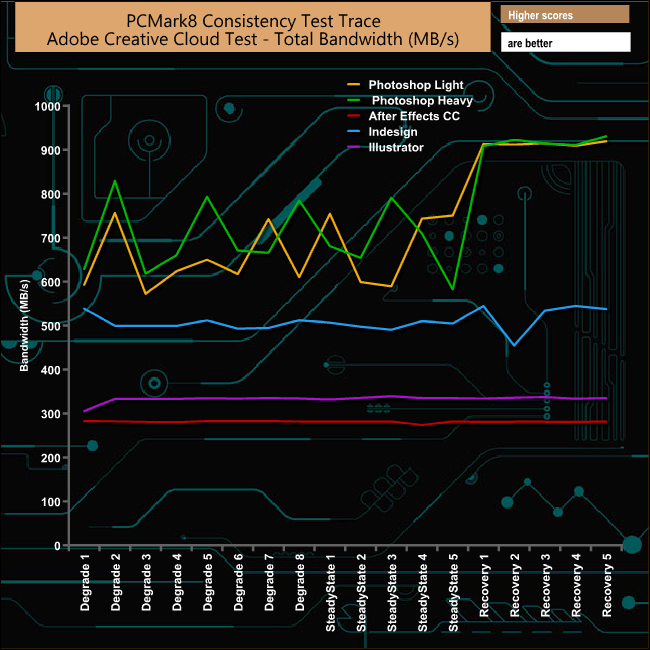 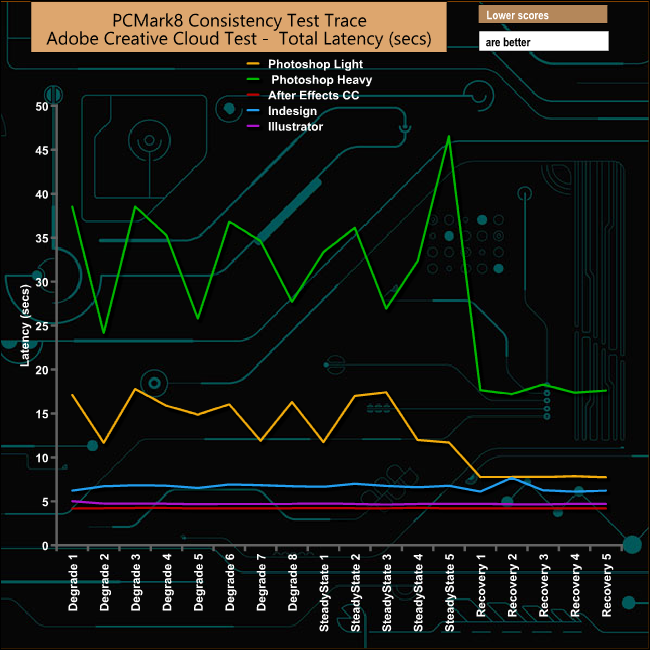 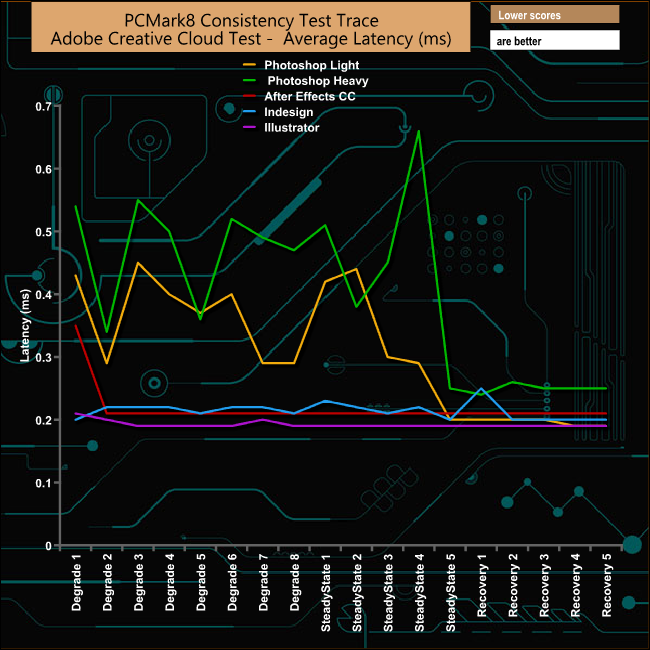 The two traces that caused any real problems in the Adobe CC part of the benchmark are the two Photoshop traces, but the drive does recover well from the ordeal. 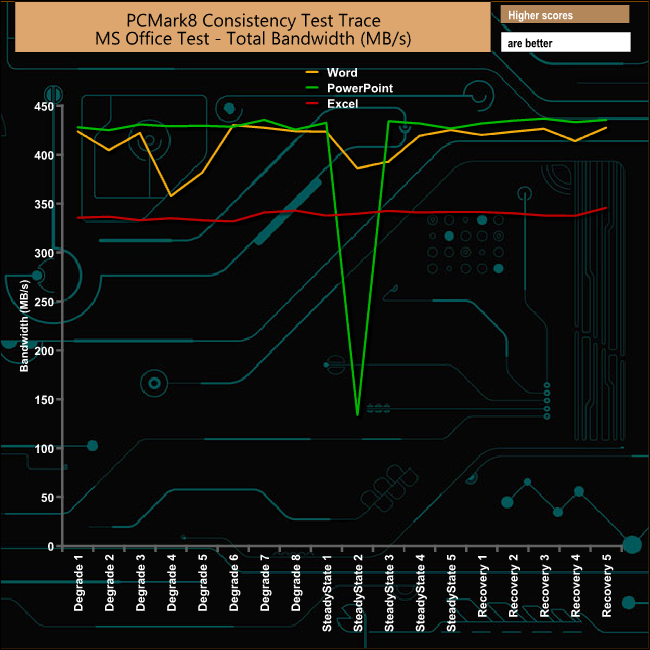 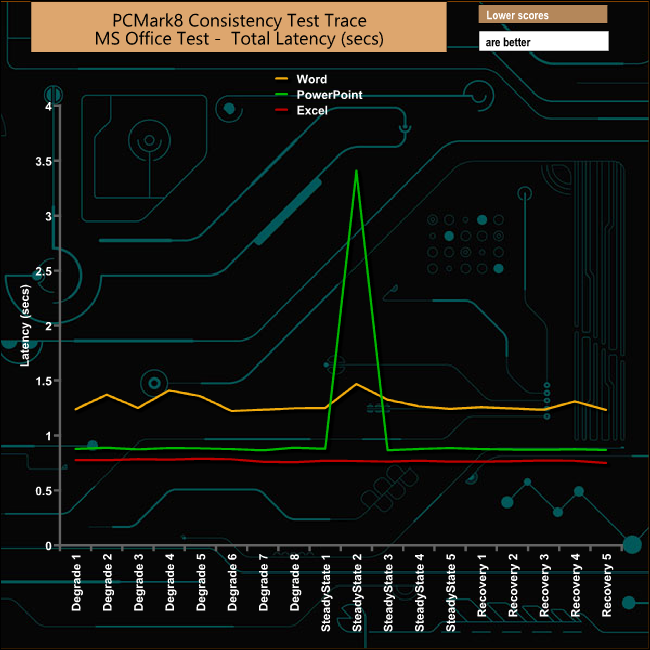 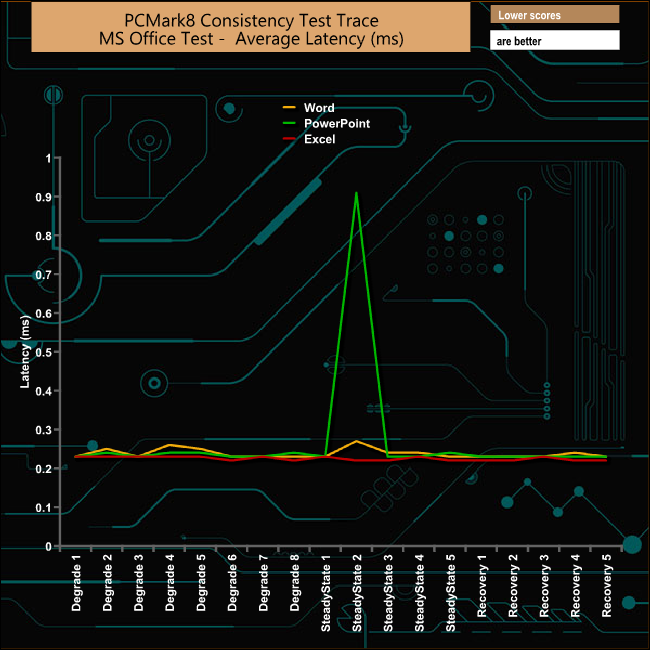 There is a major drop in performance during the second SteadyState run, the drive falling from 432MB/s down to 134MB/s with a major corresponding peak in latency. However, the drive does quickly recover back to 434MB/s. 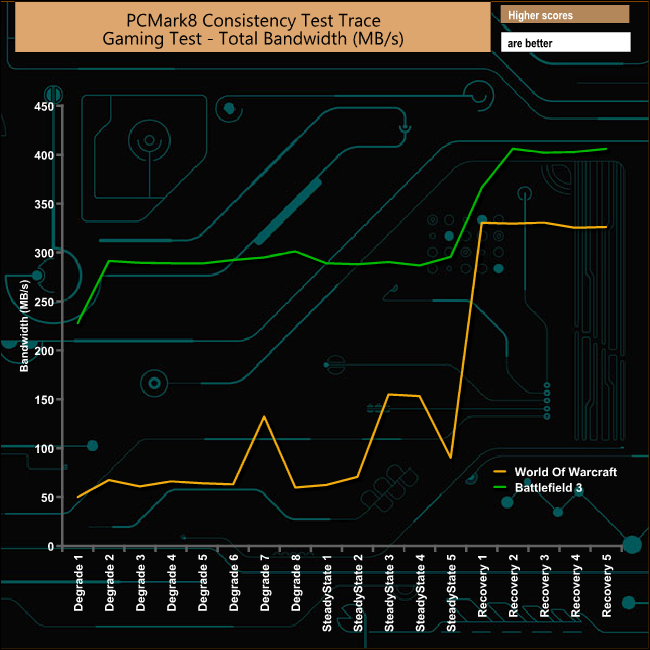 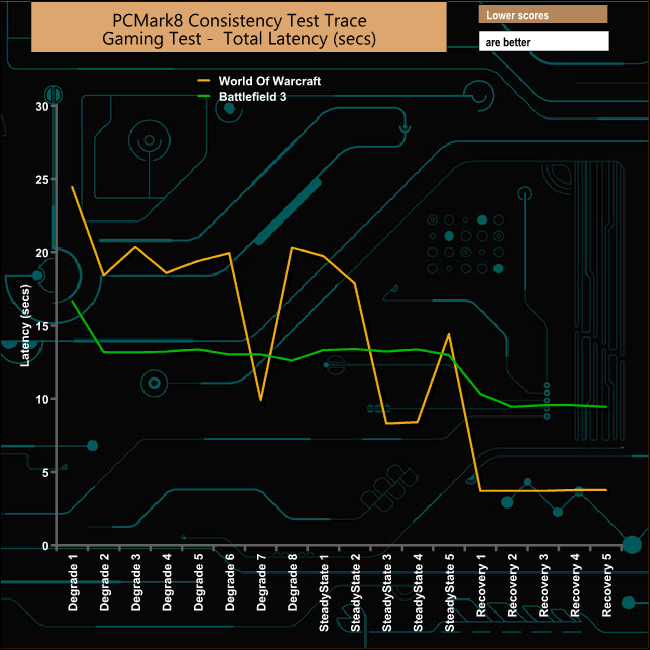 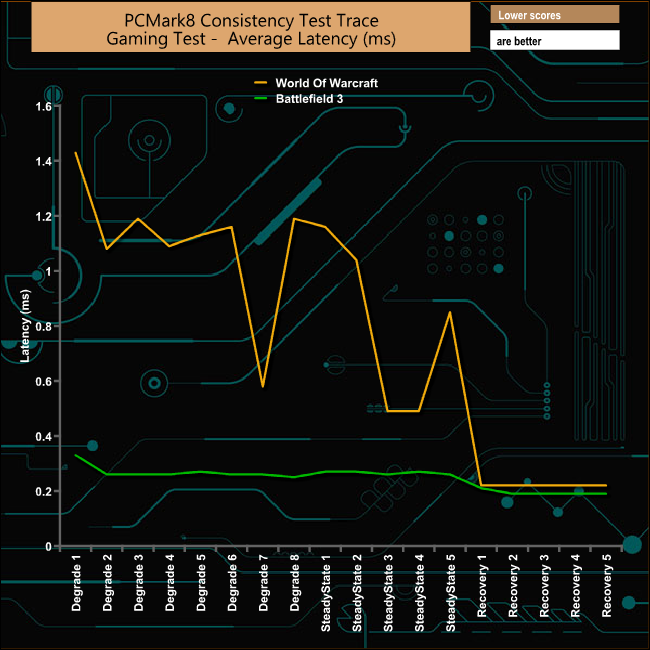 The drive certainly handles the Battlefield 3 trace a lot more efficiently than the World of Warcraft one, although the recovery performance from the latter is very good.