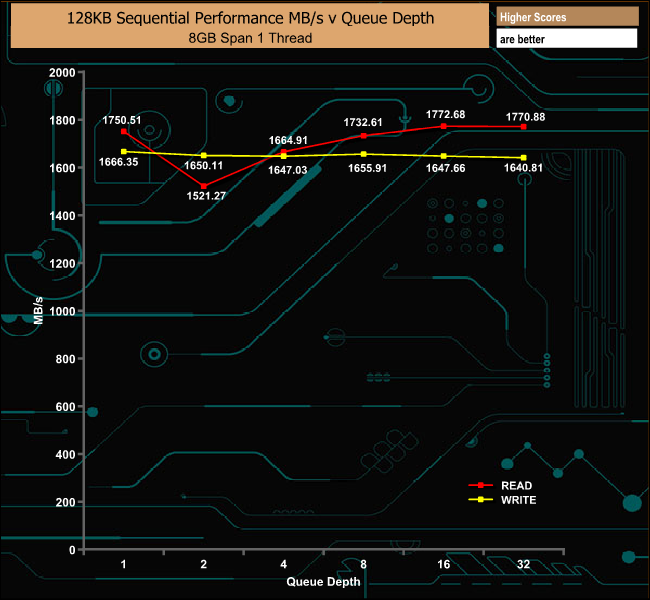 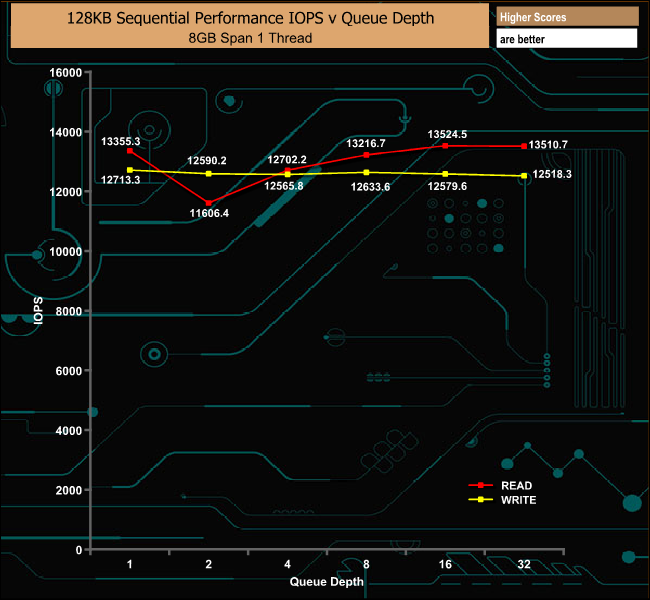 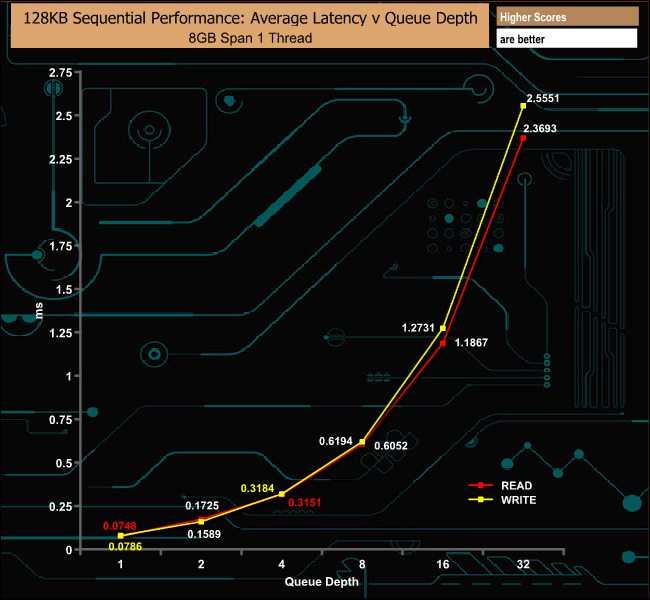 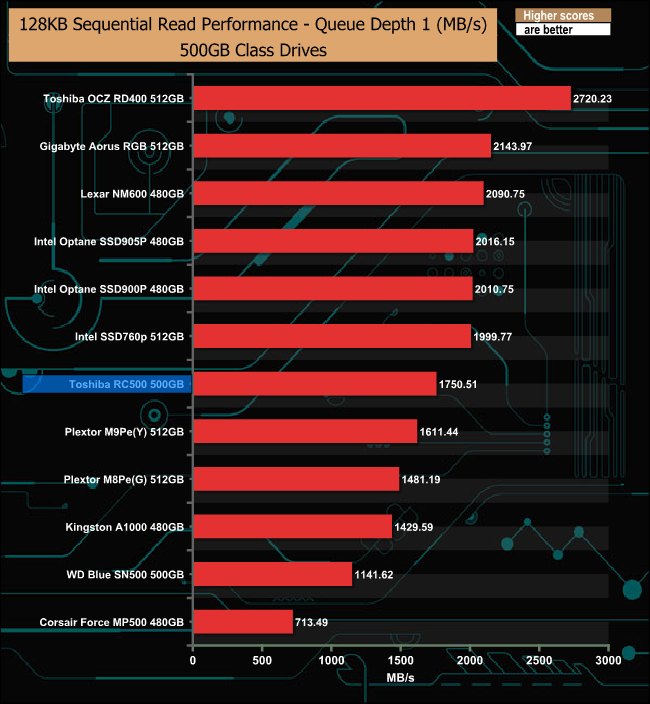 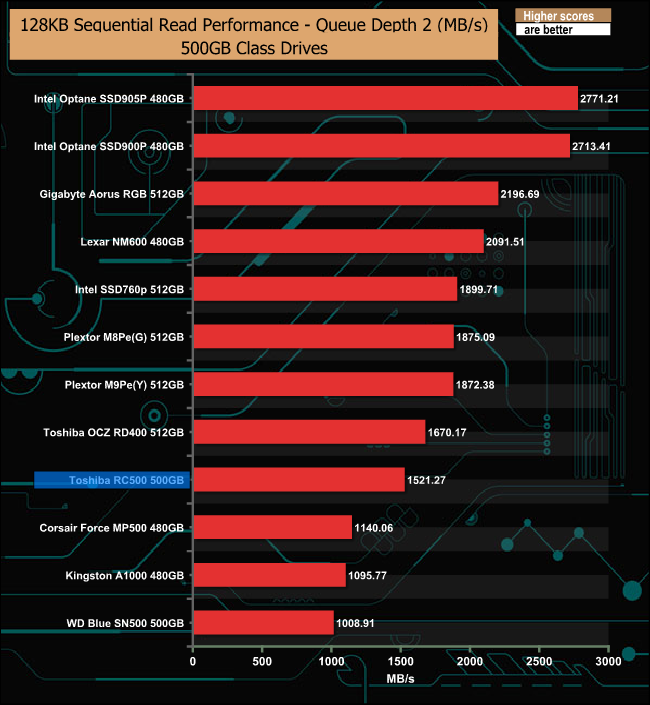 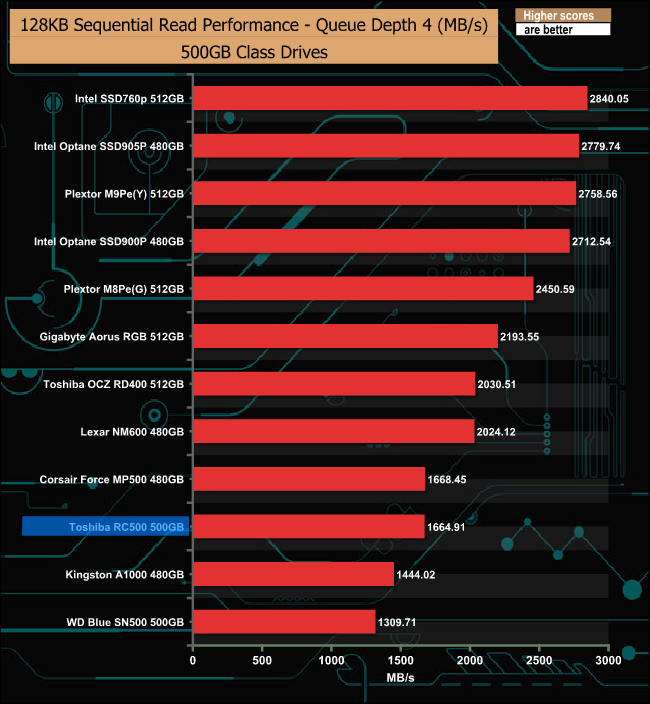 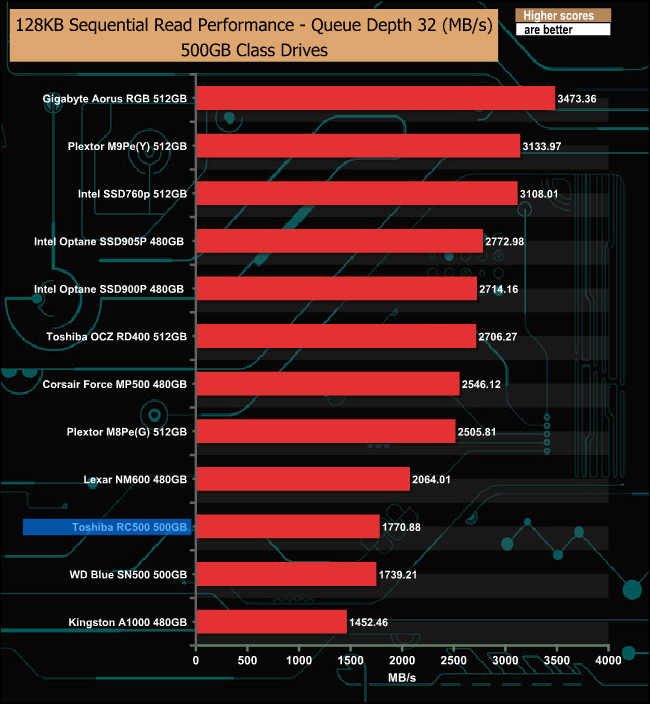 The RC500 shows solid performance at QD1 before falling back in QD’s 2 and 4 before picking back up again at QD32. 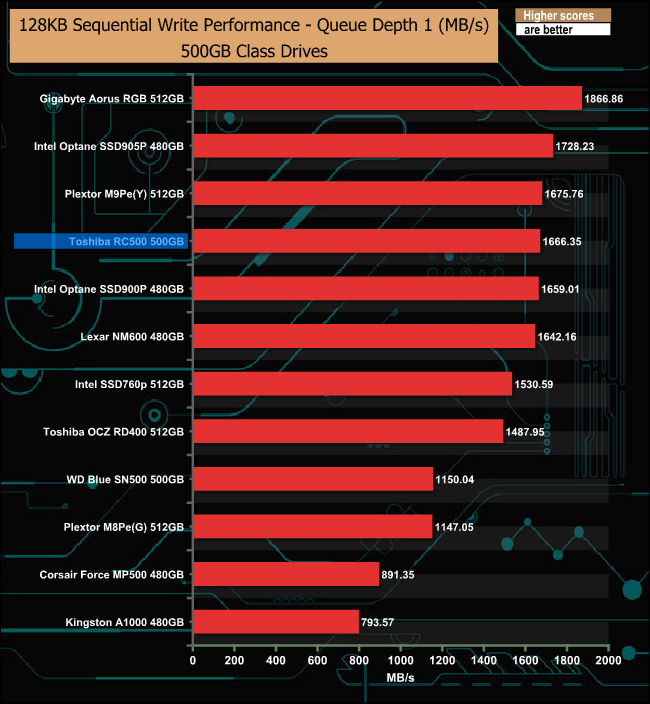 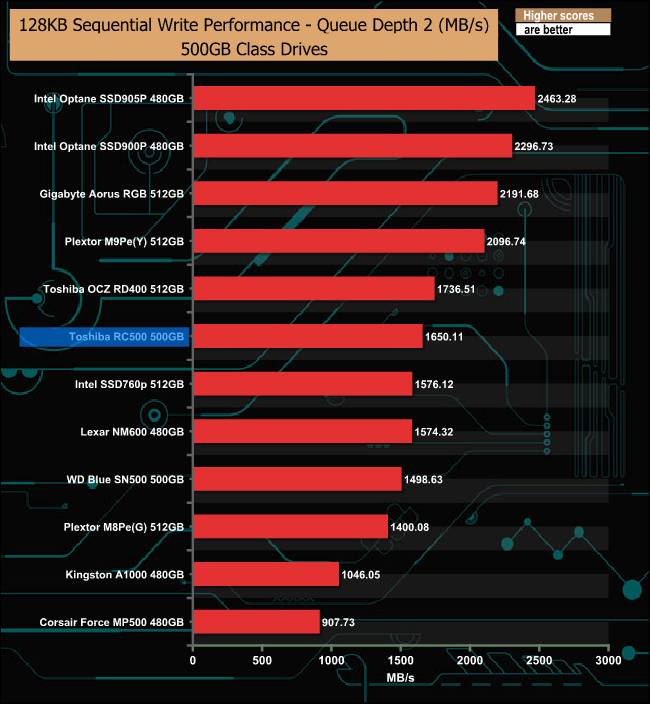 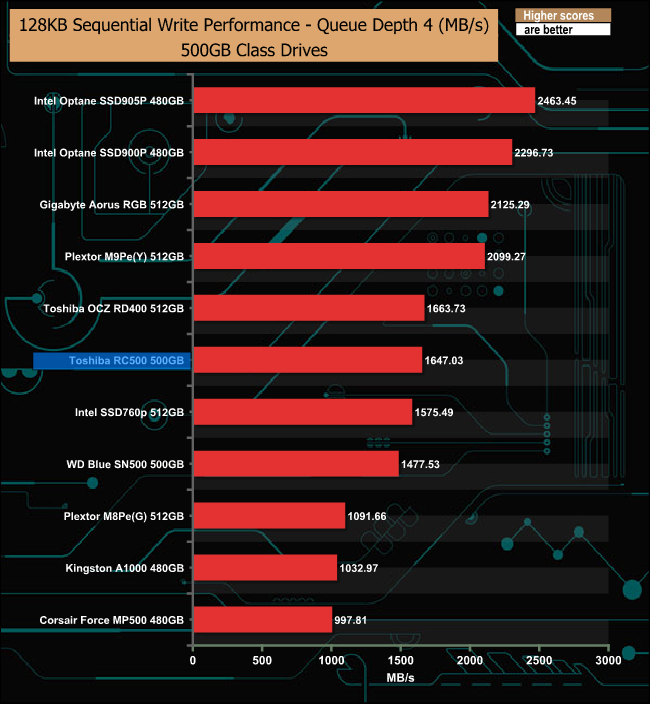 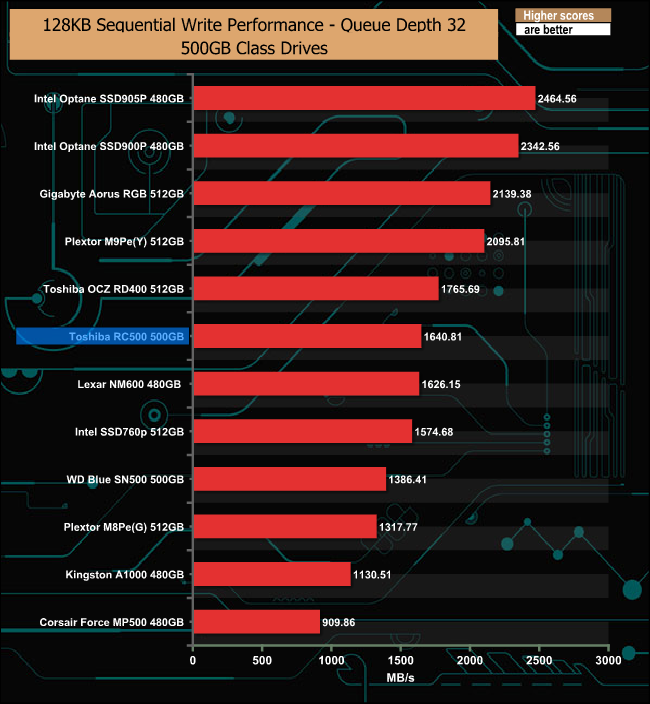 The Sequential write performance of the RC500 is much more consistent than the read, throughout the tested QD’s.