We are using version 3.5 for our NVMe disk tests but will be switching over to version 4, so we’ve included a results chart for this as well. 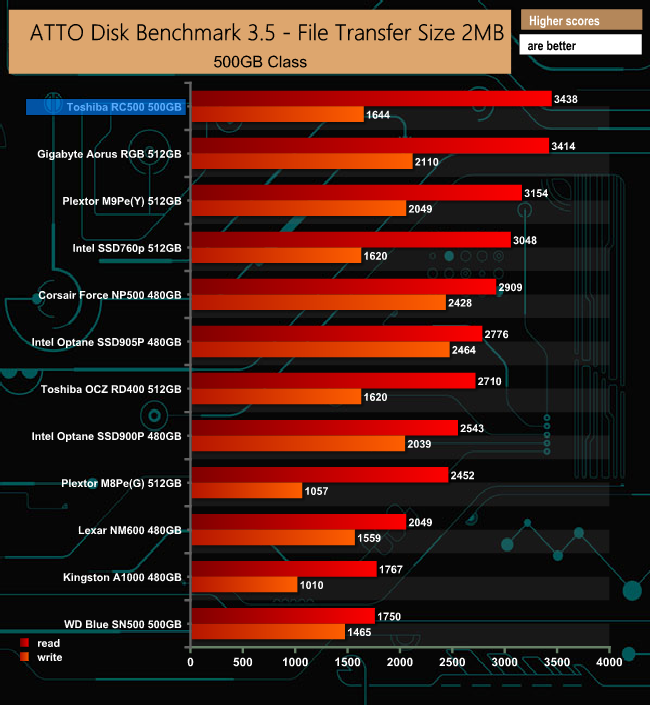 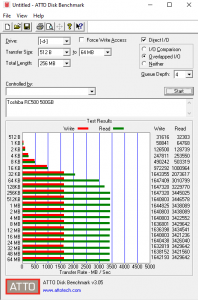 The official Sequential read/write figures for the 500GB version of the RC500 are up to 1,700MB/s and 1,600MB/s respectively. As you can see from the results chart, we can confirm that write figure but sailed past the maximum read figure at 3,438MB/s.

The reason for this is, as we have seen from the CrystalDiskMark test, the controller in the RC500 seems too much prefer dealing with compressible data when it comes to Sequential reads and as it happens, that’s what ATTO uses to test with, hence the read result. 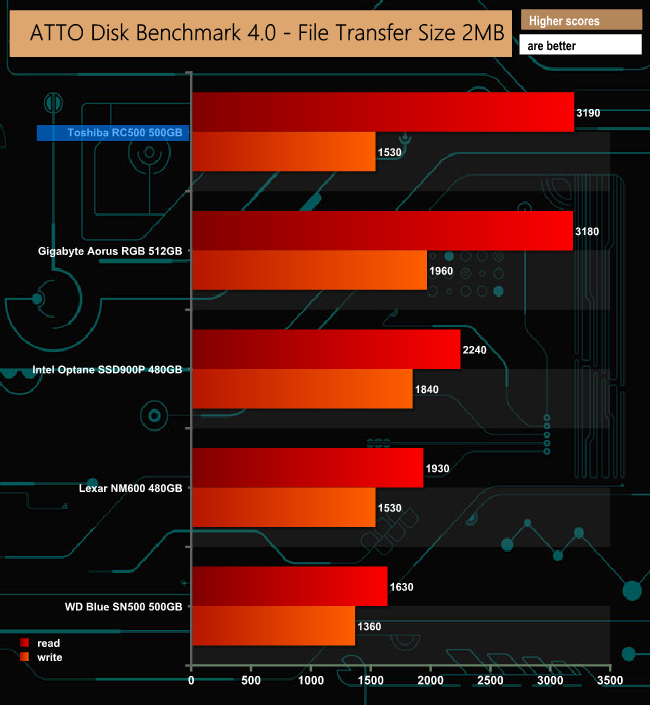 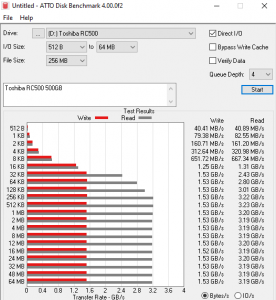 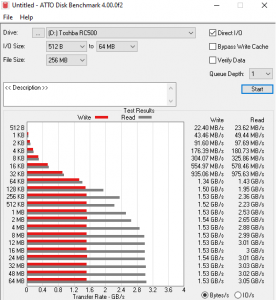