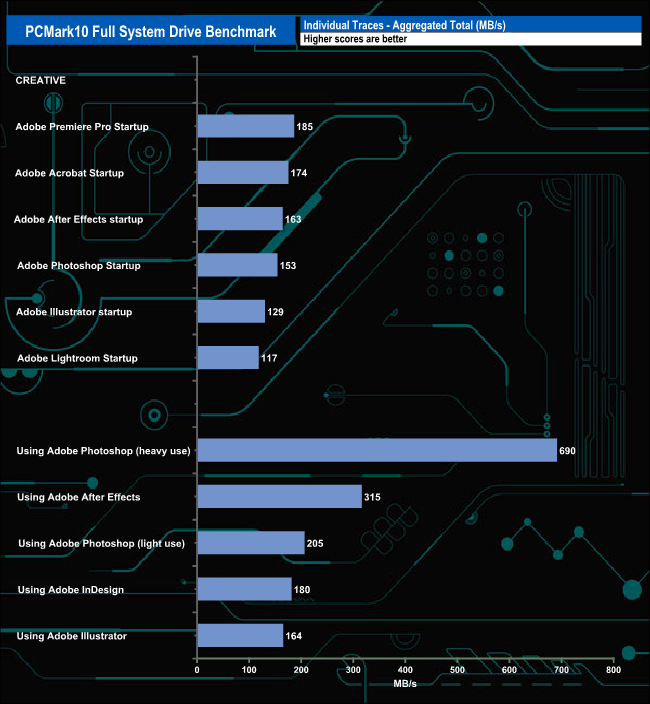 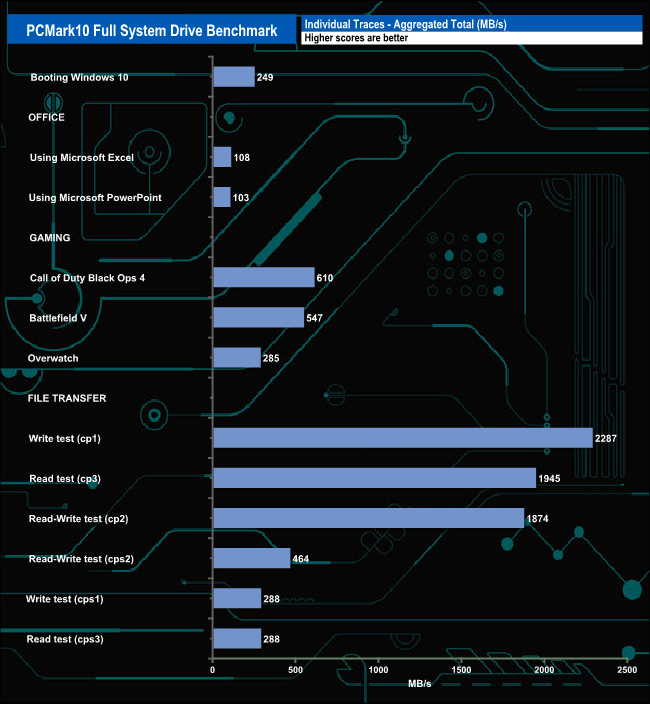 In the file transfer set of tests, the best performance from the drive came in the cp1 Write test at 2,287MB/s. 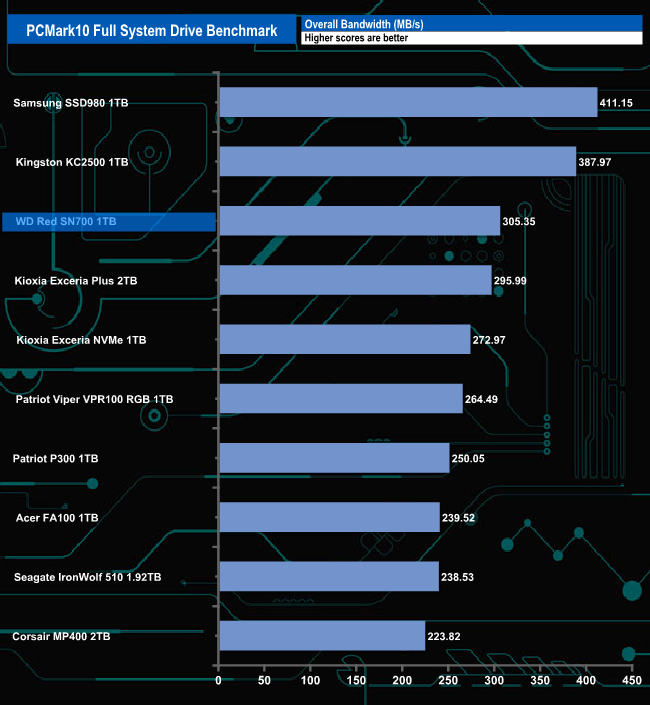