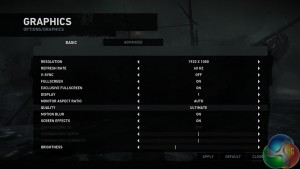 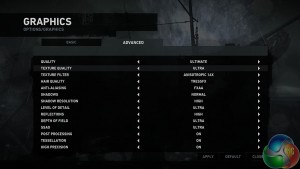 We test using the ‘ultimate’ preset. 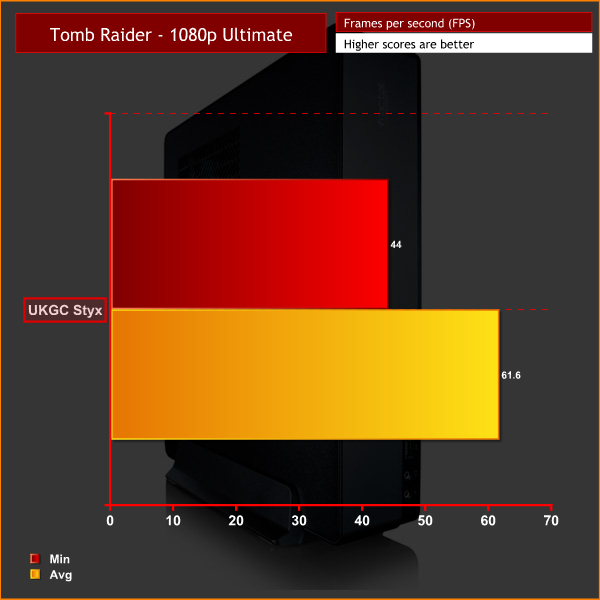 Frame rates at 1080p are good, though lowering the image quality to the ‘ultra’ preset would see a higher minimum frame rate. Still, averaging over 60fps is a good start.