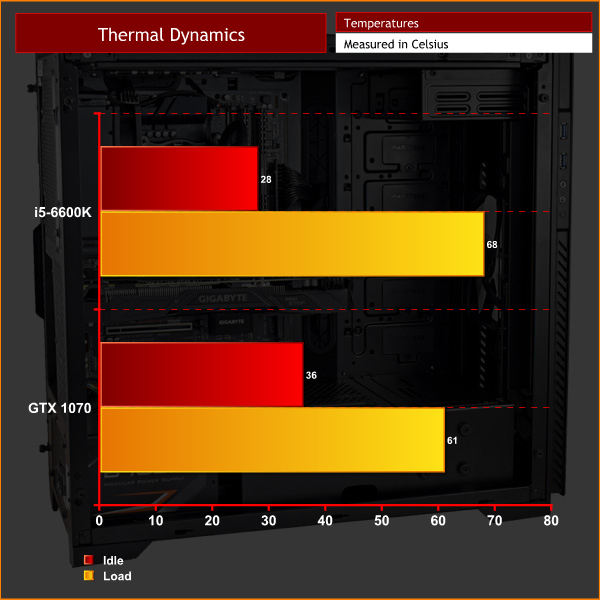 The noise produced by the Neuron is very inoffensive. At idle, it is a mere hum which quickly disappears into the background. The fan speed barely increases when the system is under load, too, meaning even quiet music would cancel out the noise produced.