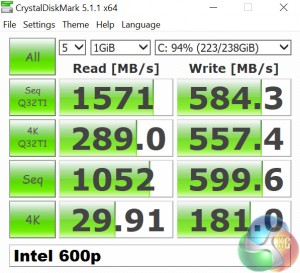 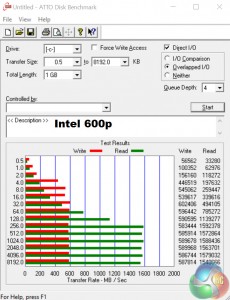 Being a budget NVMe drive, the Intel 600p does not hit the lofty speeds achieved by the Samsung 960 Pro, for example. However, it is still significantly faster than a SATA drive, making it a great deal for the money – as such, it is good to see one included in the Neuron. 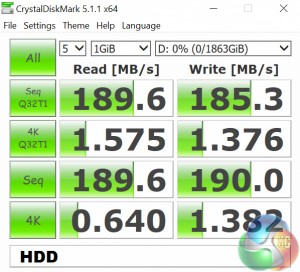 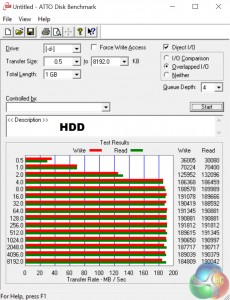 The 2TB Seagate hard offers speeds we would expect from a mechanical drive – it is nothing special. However, the 2TB capacity is great for those with large media collections or Steam libraries, for example.