3DMark 11 is designed for testing DirectX 11 hardware running on Windows 7 and Windows Vista. The benchmark includes six all new benchmark tests that make extensive use of all the new features in DirectX 11 including tessellation, compute shaders and multi-threading.

After running the tests 3DMark gives your system a score with larger numbers indicating better performance. Trusted by gamers worldwide to give accurate and unbiased results, 3DMark 11 is the best way to test DirectX 11 under game-like loads. 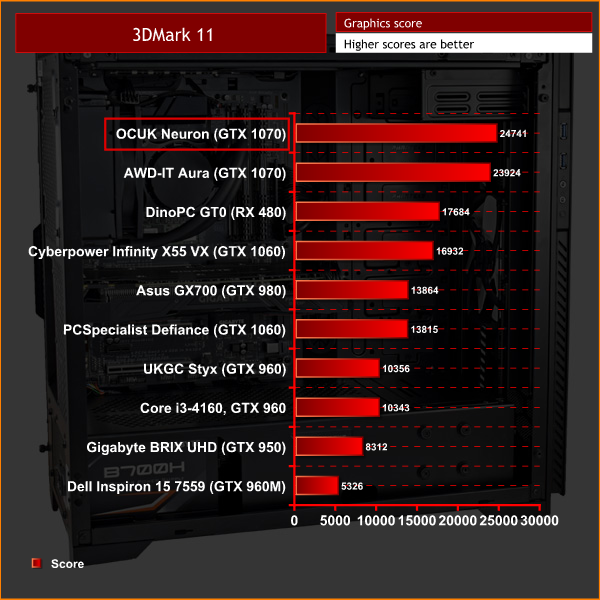 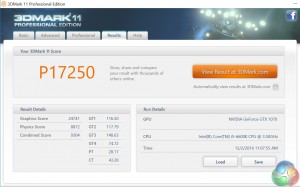 In 3DMark 11, the Gigabyte G1 Gaming GTX 1070 claims top-spot thanks to its increased clock speed when compared with the GTX 1070 used in the AWD-IT Aura. There is not much in it, though.