CrystalDiskMark 5.1.1 is an industry standard benchmark for testing the raw speed of a storage device. It uses a test file to variously write data to or read data from the drive, checking for sequential read and write speed and random read and write performance, with it also testing performance at various queue depths. The size of the test file can be selected from 50MB to 32GB. We test using the default 1GB file size. 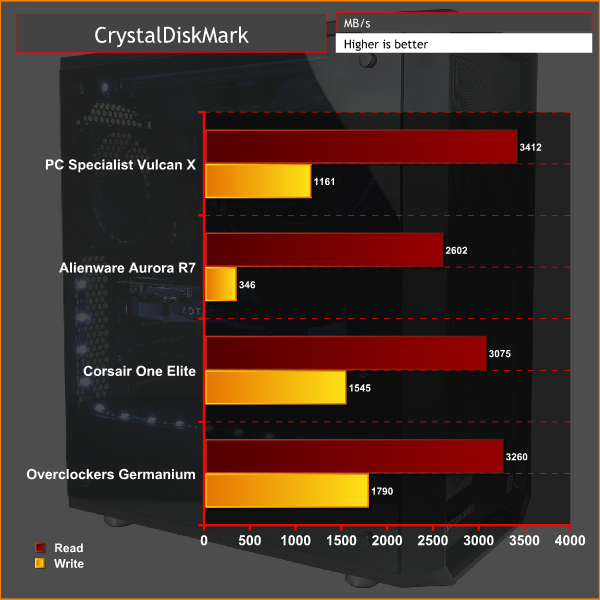 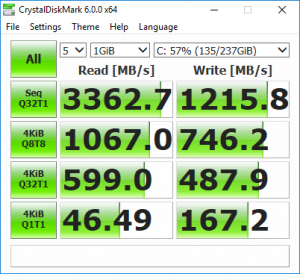 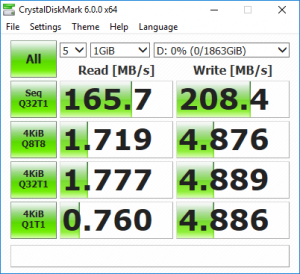 The PM961 is essentially the OEM version of the Samsung 960 EVO, and sure enough its performance in our tests was impressive. It even pulled ahead of the Overclockers UK Germanium for sequential read speed, though it fell behind for write speed.

It’s fast enough that performance is not the reason you’d ever want to upgrade – it’s the limited capacity that would tempt us to go for a 500GB model instead.