PlayerUnknown’s Battlegrounds is getting quite the roster of maps under its belt, capping off last week with a teaser towards an impending snowy map that slots in between the sizes of exiting maps. Just ahead of releasing its compact Sanhok map, however, the team behind the battle royale has opted to remove map selection entirely.

Map selection is a relatively new feature, having been announced and introduced mid-April, affording players the opportunity to choose which maps they search for. Despite housing just two maps, the original Erangel and its sandy counterpart, Miramar, the developer emphasised that it needed to “keep a close eye on it, since it could become problematic as new maps continue to be added.” 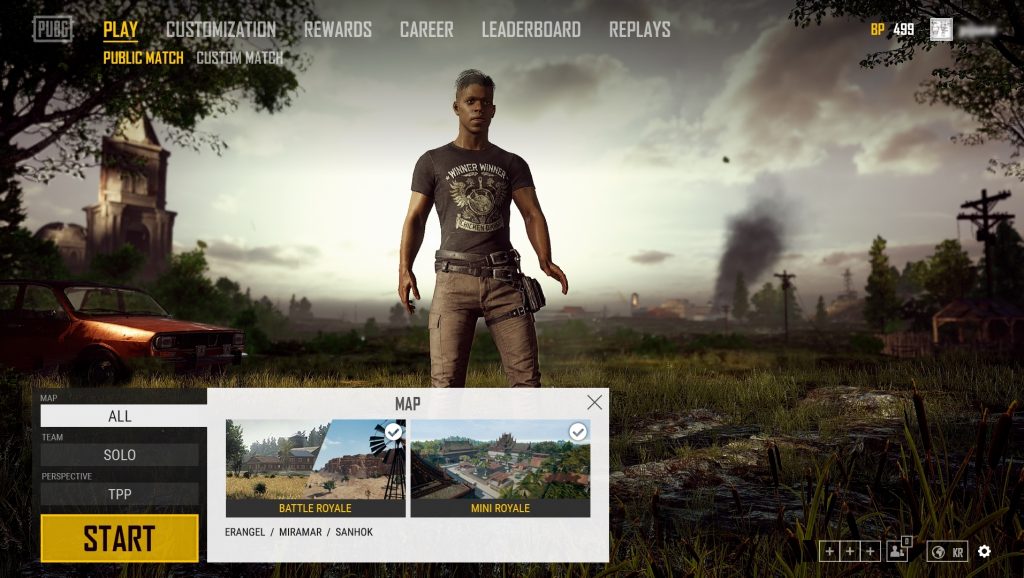 Sanhok, PUBG’s new 4x4km map, has currently seen multiple rounds of testing before it launches on July 22nd. During these tests, it’s become clear to PUBG Corp that the current ability to customise the map pool on a per-map basis fragments the matchmaking to the point that it becomes “nearly impossible to put together a match in at least some of those queues.”

As of July 22nd, PUBG Corp will be removing the map selection and introducing Sanhok in its own queue, at least temporarily, so that people can get an exclusive taste of the new map in its “Mini Royale” mode. To play Erangel or Miramar, however, players will have to enter a queue that contains all three maps, dubbed traditional “Battle Royale”.

PUBG Corp will continue to add new maps, either placing them with existing map playlists or creating a standalone mode. “It’s possible we’ll change our plans as we learn more,” states the blog post.

One addition that the team currently has in the works is a winter map, covered in snow. Planned for “Winter 2018,” the new map will fit somewhere between the existing 8x8km standard map size and the smaller 4x4km Sanhok. As seen in the teaser trailer, a planned feature for the new map is footprints, that should enable players to track and chase enemies, however Brendan “Player Unknown” Greene downplays excitement by stating that the team “can’t promise anything now. It’s very early.”

KitGuru Says: So long as PUBG Corp keeps its ear to the ground on fan feedback, I can’t see the change to map rotation being a particularly bad thing. That being said, this is sure to annoy players who were never really fond of Miramar’s flat terrain in comparison to the more dynamic hills of Erangel. How do you feel about map selection being removed?