Riot Games is boosting League of Legends pricing, cites Brexit as the cause

Since the UK voted to leave the European Union, we have seen several companies begin to raise prices. Most notably, Blizzard boosted its Hearthstone and WoW pricing but it seems other game publishers are also starting to follow suit. This week, Riot Games announced that it would boosting the price of Riot Point packs for League of Legends by 20 percent across the board.

On the League of Legends blog, Riot specifically cites Brexit as the core reason behind the boost in pricing, which will come into effect from the 25th of July onwards. As Riot puts it, the value of the pound has dropped to the point that “players elsewhere in the world were paying a lot more in comparison”. 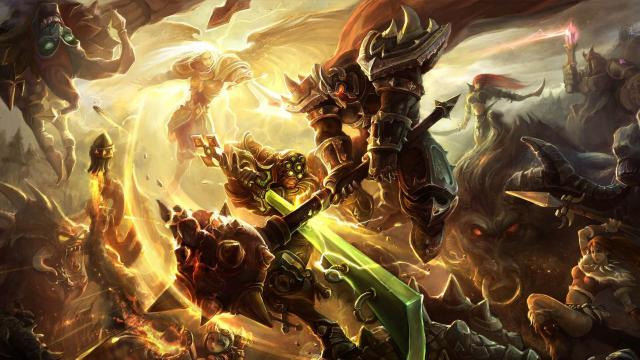 “Last June, the UK voted to leave the European Union, triggering a drop in the value of the pound relative to other global currencies, particularly the US dollar. This change meant that while UK players were spending the same number of pounds on RP as before, players elsewhere in the world were paying a lot more in comparison. Like a lot of companies who sell digital content, we monitored the situation closely over several months to see whether the pound would recover, but it’s been over a year now and we feel we’ve reached the point where a price change is necessary to restore parity.”

So here is the new pricing versus old pricing:

This new pricing comes into effect on the 20th of July 2017 from 23:59 BST onwards, so there is some warning ahead of time if you’d like to top up before the hike kicks in.

KitGuru Says: We have already seen plenty of tech companies raise prices following Brexit but it looks like we can expect more game companies to start following in their footsteps.