The agreement between Apple and IBM will inevitably have a lot of effects on the industry of personal computers as well as mobile devices. For example, BlackBerry and Microsoft Corp. will clearly lose sales because of the new collaboration. Meanwhile, the partnership essentially brings IBM back to the personal computing business and the only question is whether the two companies will extend their collaboration to Macs.

On Tuesday Apple and IBM announced that they will jointly develop IBM MobileFirst platform for iOS that will bring IBM’s apps, big data and analytics capabilities to iPhone and iPad. At present the two companies claim that the platform will target specific industry issues or opportunities in retail, healthcare, banking, travel and transportation, telecommunications and insurance, among others. The IBM MobileFirst Platform for iOS will bring the services required for an end-to-end enterprise capability, including analytics, workflow and cloud storage, fleet-scale device management, security and integration. IBM will also resell specially-configured iPhone and iPad devices to its customers. 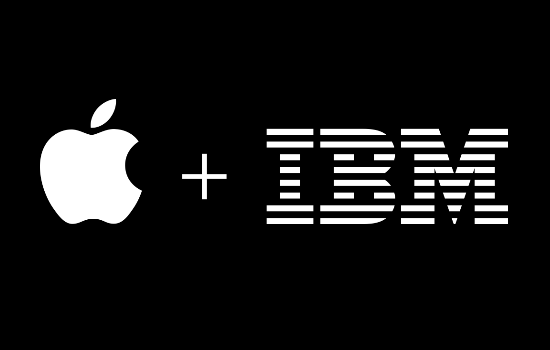 The collaboration between Apple and IBM transforms iPhones and iPads intro true business-oriented devices, which will affect multiple companies around the industry. The tie-up will disturb business of value added resellers of smartphones and tablets, who configure systems for special purposes required by their clients. It will also affect BlackBerry and Microsoft, whose mobile platforms have traditionally targeted corporate users and who specifically advertise advanced security and enterprise-class features of their mobile platforms. The deal could also upset all smartphone and tablet suppliers planning to sell their devices to business and enterprise clients (e.g., Lenovo, Samsung, etc.).

“It is not a crushing blow at this early stage, but ‎it is a negative for BlackBerry,” said John Jackson, an analyst with IDC. “There can be little question that it is unwelcome, if not entirely unexpected news.”

BlackBerry shares fell 9.4 per cent to $10.24 on Nasdaq and 9.3 per cent to C$11.03 on the Toronto Stock Exchange on Wednesday after market observers indicated that the alliance could hurt the company’s turnaround plans, reports Reuters news-agency.

BlackBerry has traditionally targeted business/enterprise customers and provided appropriate services. IBM was rumoured to be interested in BlackBerry acquisition a couple of years ago, but after the transaction failed to materialize, the company, apparently, started to work with Apple.

“We believe the spate of recent acquisitions (IBM-Fiberlink, VMware-AirWatch, Citrix- Zenprise) all add to the competitive pressures for Blackberry in enterprise mobile management (EMM) as Blackberry now finds itself competing against much larger and established enterprise vendors, as well as smaller, but better capitalized, vendors e.g. MobileIron (post-IPO),” wrote Amitabh Passi, an analyst with UBS, in a research not to customers.

For Apple, who has already penetrated the absolute majority of the Fortune 500 companies with its devices (thanks to the BYOD trend), the situation is clearly a win since it will be able to slightly boost sales of its hardware in the short-term and then gain market share in the longer-term.

“We believe this partnership could further strengthen Apple’s enterprise mobility market share due to immediate access to IBM’s enterprise customer base that could leverage the comprehensive iOS device management capabilities offered by IBM’s announced MobileFirst platform for iOS and official AppleCare support for enterprise,” said Mike Walkley, an analyst with Cowen & Co., reports Tech Trader Daily. “We believe this partnership could lead to growing iPhone/iPad device sales into the global enterprise base in the long-run.” 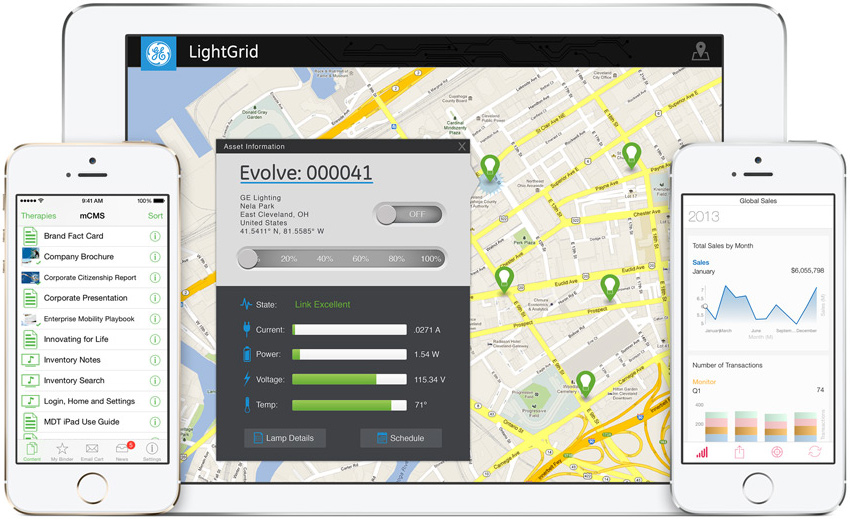 For IBM, which left the market of personal computers/personal devices long ago, the partnership means that it could again address enterprise customers with personal devices. While the business will hardly be large, it will help IBM to sell its services and software at a maximum price.

“We see this as a small step towards restoring relevance among its customer base by specifically focusing on the highest-value applications and use cases in the workplace,” said Brian Marshall, an analyst with ISI Group. “We do not expect IBM to make any meaningful margin on Apple hardware sales, but see this as another way to monetize software and industry expertise inside the company (e.g., ~100k IBM industry consultants and software developers, ~5k mobile experts, etc.) with incremental software sales.”

At present IBM does not resell Lenovo ThinkPad personal computers for business and enterprise customers, but still provides some PC-related services. If Apple and IBM extend the IBM MobileFirst platform to Macs (and Mac OS X), the two will be able to offer a whole range of mobile devices needed by modern users. For Apple this will mean additional Mac customers from the corporate PC world, whereas IBM will get an opportunity to sell its software and services without necessity to build or sell hardware.

While it clearly remains to be seen how good the IBM MobileFirst platform for the iOS will be, the collaboration between Apple and IBM seems to be a very important one for the corporate PC world.

KitGuru Says: While Apple and IBM may not really become leaders on the market of mobile devices for businesses and enterprises, they will clearly play a big role going forward. Keeping in mind that the market is lucrative, players like Microsoft, Lenovo, Samsung and Google should be interested in addressing it. It remains to be seen how successful those companies will be against the Apple-IBM team.