At the Digital Seasons event in London’s Montcalm hotel, an array of tech companies attempted to woo the audience with their latest and greatest innovations. KitGuru was on hand to sip the Chardonnay on your behalf and filter the presentations to find the most interesting.

Around the back of Marble Arch, we followed the signage into the basement ballroom of the hotel and began scanning for cool stuff. 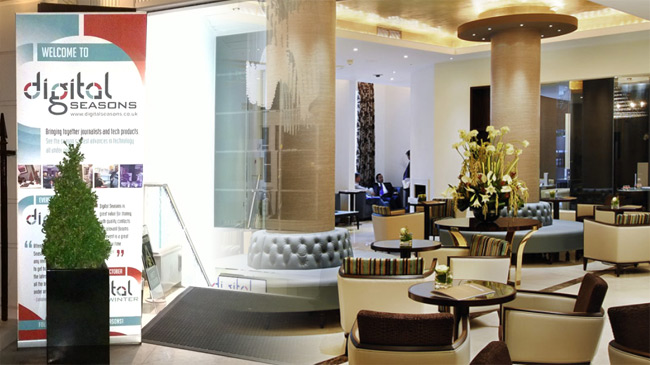 One company certainly stood out straight away, because any Mac user looking at the Parallels stand would have thought the presentation was sacrilege.

Sascha Uhl, business development guru for Parallels, explained that his company is a world leader in allowing Windows software to run on a Mac.

“Other companies do this, but the level of integration achieved by Parallels unparalleled”, according to Sascha – pointing to his promotional wares.

“We already have complete integration for Yosemite”, he explained. “Even the latest calling features, exclusive to the latest Mac OS, are available to Windows running on the Mac”.

He then proceeded to demonstrate clicking on a phone number on a web site, in a Windows application, running in a window on Yosemite – which then kicked off a phone call on the iPhone in this pocket.

Pretty cool demonstration, but why would anyone want to put Windows software on to a Mac?   What’s the motivation.

Sascha explained that “Most people come from a PC background but, when it comes to mobile phones, they think the iPhone is cool. When they come to replace their laptop etc, they think ‘Wow, OK, I will get an Apple’ – but they are totally unfamiliar with most of the software”.

“In this situation”, he continued, “They want the familiarity of their existing apps, at least at the beginning, so they buy Parallels for £55 and they are sorted”. 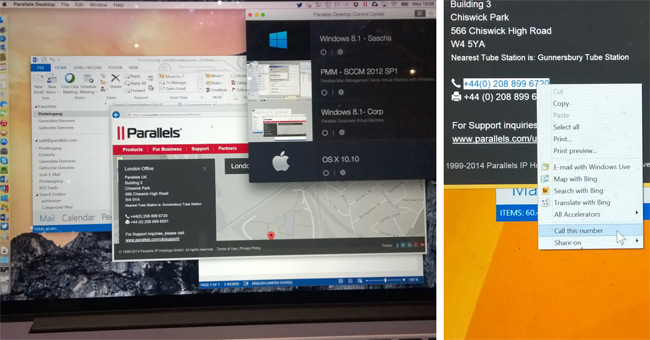 KitGuru says: We are struggling to get our heads around this one, because the Mac users we know have made a deliberate effort to turn from the Microsoft path. But Sascha’s stand was quite big – so someone must be spending the money for an emulator – and the Yosemite integration means they have an active development team.

Let us know what you think about Windows software on a Mac over on Facebook.

Previous Papers Please dev, Lucas Pope demos Return of the Obra Dinn
Next Microsoft might be dropping the Nokia name