Apple's iOS App Store will no longer advertise ‘free to play' or ‘freemium' apps as free, instead these applications will now have a ‘+ GET' icon beside them, giving users a better warning that an app likely has a heavy focus on micro-transactions.

Apps such as Angry Birds, Candy Crush Saga, The Simpsons Tapped Out and Clash of Clans will have a ‘get' button in line with the In-App purchases warning. This change has been made worldwide but Apple hasn't offered any form of official comment on the move. 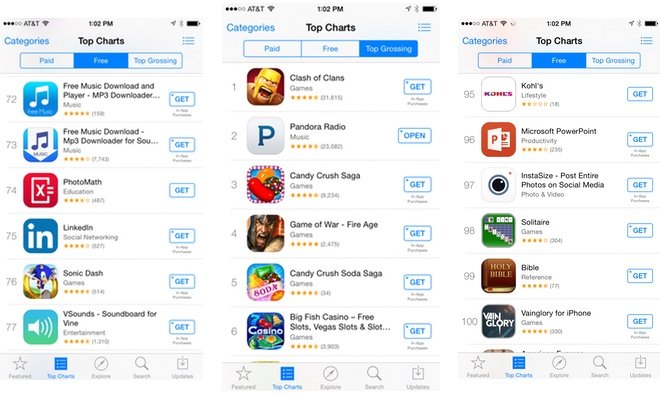 It is currently being widely presumed that this is Apple's response to a recent ruling made by the EU Commission, requiring that freemium titles be more clearly labelled to reflect the fact that downloaders will be heavily encouraged to spend money on in-app purchases.

Google did the exact same thing with the Play Store over the summer. Apple is likely hoping that this slight label change won't affect its bank balance as last year free to play games accounted for a massive 92 per cent of all App Store revenue.

KitGuru Says: This new way of advertising freemium content should have been implemented years ago, now we are at a point where paying for in-app purchases is widely accepted in society and this slight change to advertisement likely won't affect that. What do you guys think of this?