The PlayStation 5 has already broken a world record

It would appear that excitement for the PlayStation 5 is at an all time high. With the console set to release later this year, fans are eagerly anticipating any news or information regarding the next generation PlayStation. Excitement seems to be so much so, that when the logo was revealed at CES recently, it broke a world record in less than 48 hours. The logo, which was posted to instagram as well as revealed on stage at Sony’s CES conference, amassed almost 5 million likes in less than 48 hours – making it the most liked post of all time from a games company.

The data used for comparison was collated by VideoGamesChronicle, which observed the 20 most popular video games and video game company accounts on Instagram. From those, the PlayStation 5 logo reveal, which features the caption “Welcome to 2020. #PS5” has amassed 5.16 million likes, as of writing. The previous record was held by the Fortnite and Avengers Endgame crossover announcement post, which reached 2.69 million likes – meaning that the PS5 announcement has nearly doubled the previous record holder. 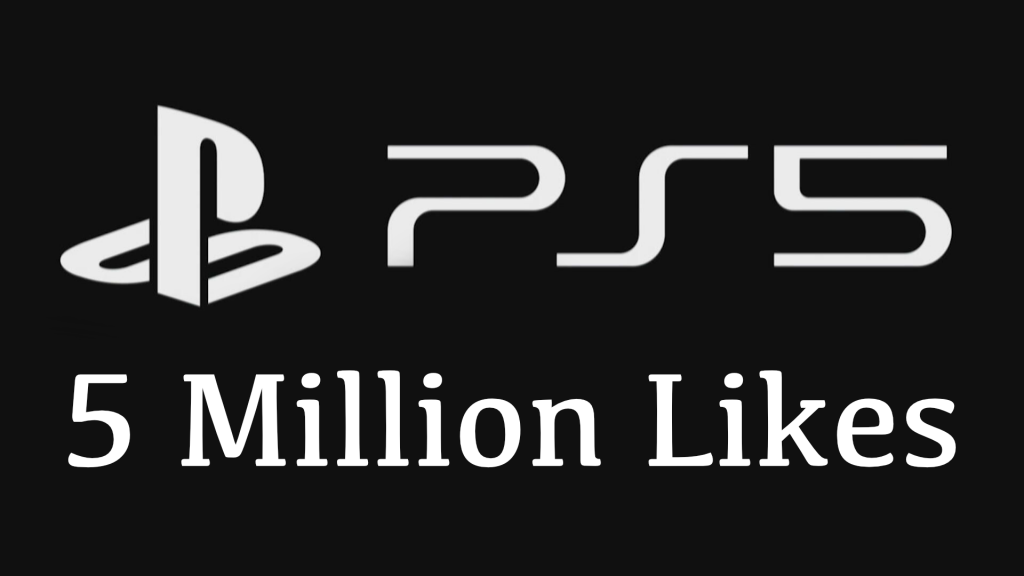 The Xbox Series X reveal meanwhile, in which the logo was revealed alongside the console itself, falls short in comparison, reaching just under 1 million likes on Instagram. It is worth noting however, that the console was officially unveiled at the 2019 Game Awards, which was viewed by 45.2 million people, with peak concurrent viewership reaching 7.5 million.

It is also worth mentioning the fact that the Playstation Instagram account is followed by 22 million users, where as Xbox sits at just under 10 million – although even based on follower-to-likes ratio, PlayStation has Xbox beat.

While gaining 5x the likes, doesn’t mean that the PlayStation 5 will sell 5 times more than the Xbox Series X, it’s an interesting metric to look at, and is indicative of the excitement and anticipation surrounding the next generation consoles, which are now less than a year away from release.

KitGuru says: Are you surprised to see excitement for the PlayStation 5 being at such a high level? Do you think the PS5 will outsell its predecessor? When do you think we’ll see the official unveiling of the console? Let us know down below.