BT has been offering mesh WiFi kits for some years too, and while they haven’t pushed the envelope on performance, they have offered very good value. Even though this is a three-unit bundle it still costs under £300, so in theory can provide wide coverage if not the fastest throughput. 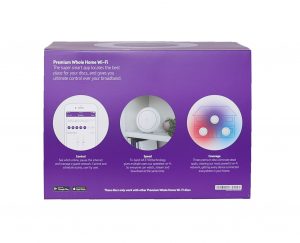 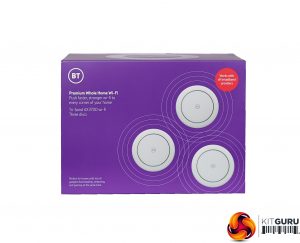 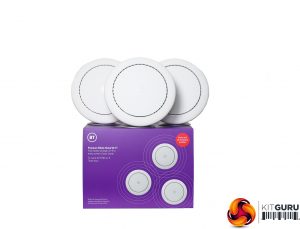 Like the original Whole Home WiFi we reviewed in our Megatest, the Premium units are disc-shaped, and can be mounted either flat or vertically using silver stands. BT doesn’t make any particular claims about how much coverage the kit can provide in square feet terms, but the system is rated at AX3700, so a bit behind the NETGEAR AX4200. 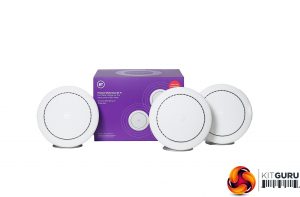 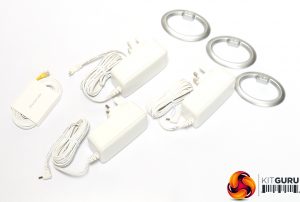 Inside the box you get the usual set of external power adapters – UK plug only – and a ribbon Ethernet cable for your broadband modem, plus the silver rings for vertical mounting. 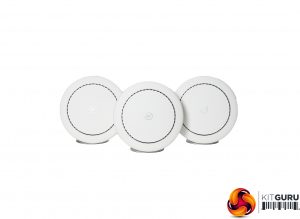 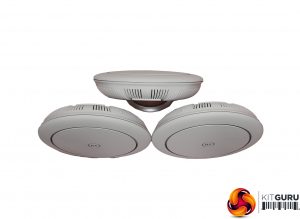 Each unit has six antennas and is triband, like the Orbi, so has three separate radios, unlike the original Whole Home. The AX3700 rating equates to a total bandwidth of 3,700Mbits/sec, which consists of 2,400Mbits/sec over 5GHz 802.11ax, 866Mbits/sec over 5GHz 802.11ac, and 400Mbits/sec over 2.4GHz 802.11n. A bit of digging confirms that 802.11ax is only used for the backhaul between devices, not clients, which is a little strange. However, the backhaul is where you need the extra bandwidth the most, due to it carrying throughput from multiple clients, so maybe this isn’t such a questionable economy. 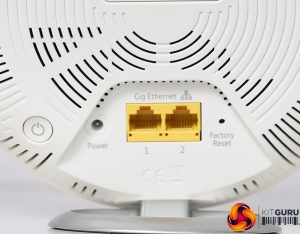 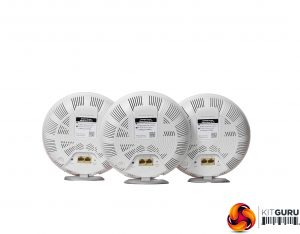 All three BT units are identical, so any of them can be used as the router, with the others then operating as satellites. All units have a pair of Gigabit Ethernet ports. This is a bit of a limitation for the unit being used as a router, as it will only have one further Ethernet port for a local wired device. But two ports should be enough for the satellites.