ASUS has built up a good reputation for its wireless networking products, which usually offer commendable performance and a comprehensive set of features for a reasonable price. The ZenWiFi AX is the only two-unit kit in this test but its AX6600 rating, in theory at least, pits it more against the NETGEAR Orbi AX6000. The sub-£500 price, on the other hand, undercuts the Orbi AX4200 with 2 units a little. 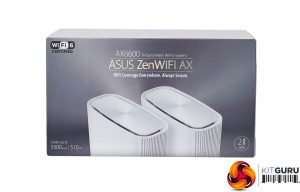 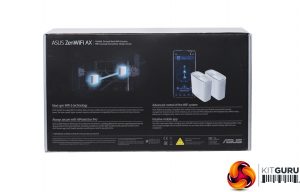 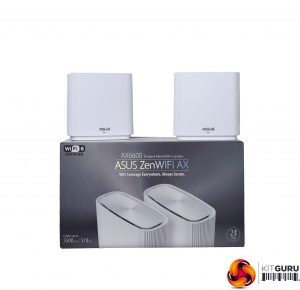 The ZenWiFi AX units are much smaller than the NETGEAR Orbi devices. You can buy them in white or black, so you can match your interior design preference. ASUS claims the two-unit pack can cover 4,400 square feet. 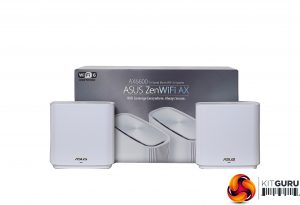 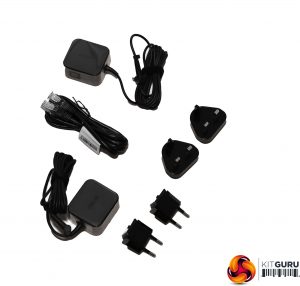 As usual, the box contains power adapters, in this case with UK and EU plug options, plus a regular (non-ribbon) Ethernet cable. 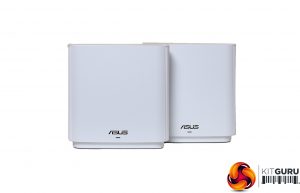 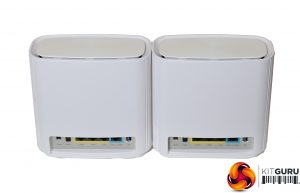 Each unit has three radios and six antennas. The AX6600 rating in theory provides 6,600Mbits/sec of bandwidth, but ASUS makes it a little unclear how this is made up. 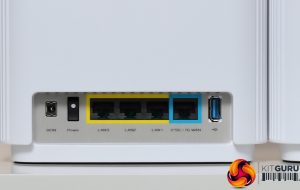 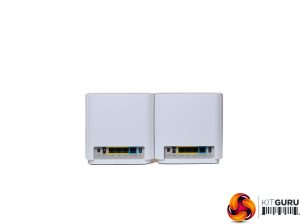 Both router and satellite offer three Gigabit Ethernet ports for wired device connection. There’s also a USB 3.1 Gen 1 port, which can be used for storage or printer sharing across the network on either router or satellite, or both.