NETGEAR has been providing some of the best mesh networking kit for some years now, with its original Orbi AC3000 delivering the leading mesh performance when we pitted it against competitors in our Ultimate Shootout. The company was also one of the first to deliver WiFi 6 mesh networking in the shape of the AX6000 kit we reviewed around a year ago.

But that cost £700 for two units at launch, and hasn’t gone down in price since. If your performance needs are a little more modest, however, you can opt for the AX4200 version we have here. We were sent the three-unit kit, which at £610 isn’t much cheaper than the AX6000. But you can also get two units for £515, which is a bit more reasonable. 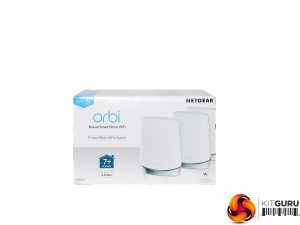 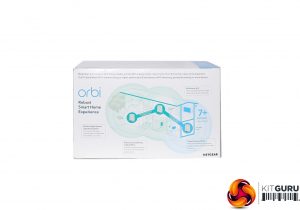 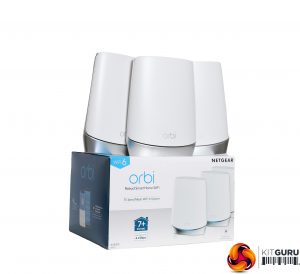 NETGEAR has maintained the same basic design across the Orbi range, and while the AX6000 had some complicated trim the AX4200 units have a simpler look. They’re still relatively classy and stylish, but also quite large compared to the other units in this test. Where the AX6000’s two units claim to cover 4,000 square feet, the three-unit AX4200 extends this to 6,000 square feet. However, with just two units the AX4200 also covers 4,000 square feet. 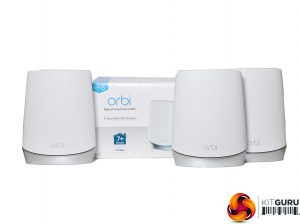 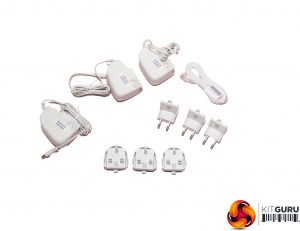 In the box you get three units, their respective power adapters with UK and EU power adapters, plus a ribbon Ethernet cable. One of the units is the router and the other two satellites, although you can’t tell from the front which is which. 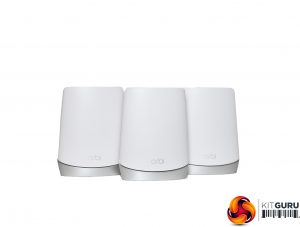 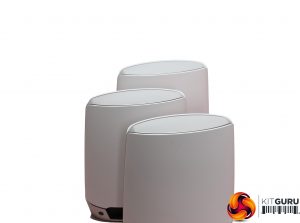 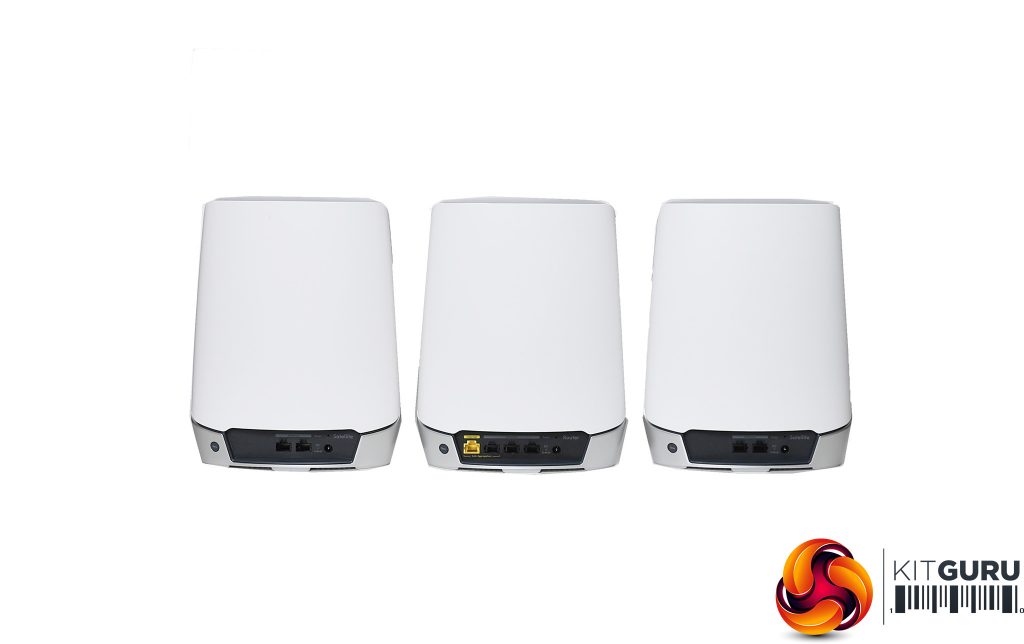 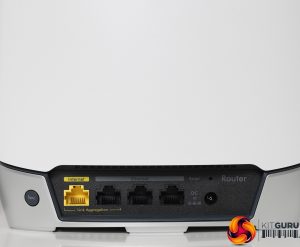 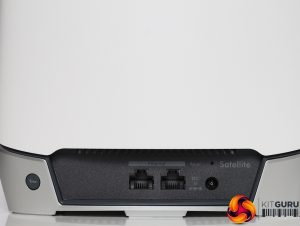 NETGEAR appears to have stopped putting USB ports on its Orbi units. The AC3000 units had one, but this initially didn’t do anything anyway. The only other feature of note is the Sync button. There aren’t power buttons – you will need to unplug to cycle power. You do get a pinhole for resetting the unit to defaults, however. The units in the bundle come pre-paired so all you have to do to get started is plug them in where you want them to be located, although the smartphone wizard does help you ensure they’re connected properly.