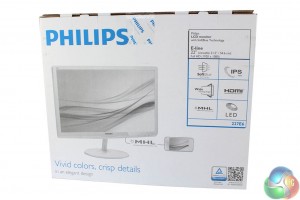 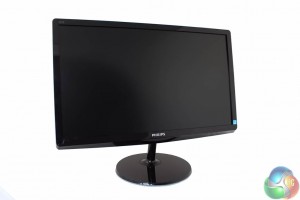 The Philips 227E6EDSD (227E for short) naturally arrives in a smaller, more manageable package than other, larger displays. 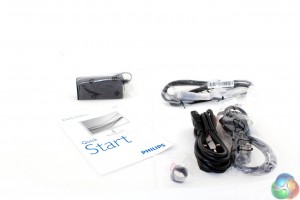 Notably, it uses an external power supply, which requires a standard IEC power cable. Both EU and UK power leads were supplied with our review sample, along with a VGA cable and a cable management clip. As expected, there’s also a paper instruction manual.

Having an external power supply might be a turn off for some. If the space around your desk is already taken up by a power unit for a NAS, router or laptop, it’s yet more mess and clutter. But on the positive side, it frees up space inside the unit, allowing Philips to reduce the weight and thickness of the 227E.

Similar to many other entry-level displays, the bezel is made from plastic, with a glossy sheen that covers the entire chassis. It doesn’t feel any cheaper than any other low-cost displays, at least at the front where there’s a chunky feel to the lower section. However it’s quite thin at the back, almost as though pressing too hard would break the plastic. 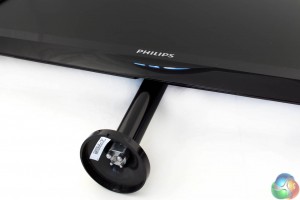 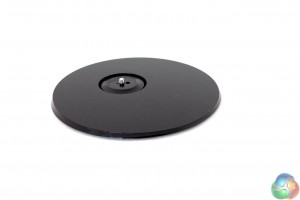 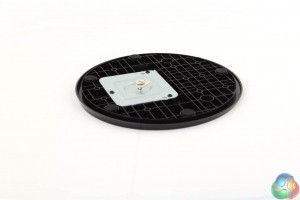 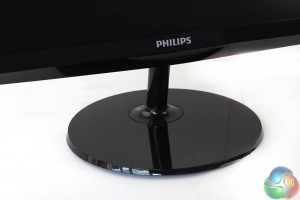 The support column comes attached to the display, with the plastic base supplied in the box. It attaches to the column with the usual key locking mechanism found on nearly all displays. There are no VESA mounting holes at the back. 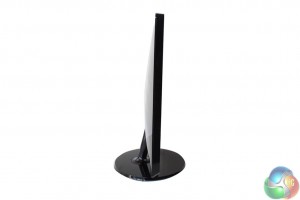 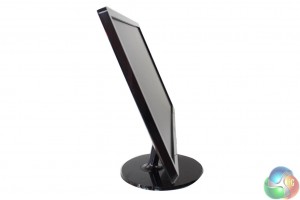 The stand cannot tilt forwards more than 5 degrees, which is barely noticeable, but it can tilt backwards 20 degrees, something not all displays in this price range can do. Thankfully, although the stand is not the most sturdy we’ve ever seen, it wobbles less than many displays we’ve looked at. And the 227E is impressively slim, stretching back only a few centimetres. 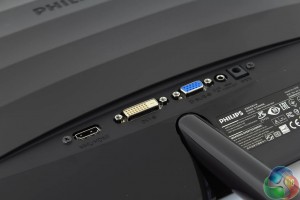 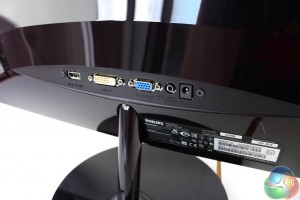 Towards the bottom you can see the video inputs: HDMI, DVI and VGA. Next to that is a single 3.5mm audio output. Although the Philips 227E doesn’t have built-in speakers, you can connect an external sound system to carry audio from the HDMI input, which is very useful if you connect a games console to it. 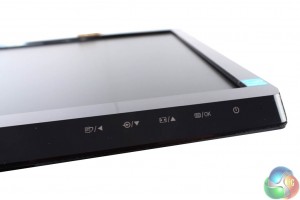 Overall then, it’s a thumbs up for the design, especially for a budget display, with one exception – the buttons, or rather, the lack of buttons, used to control the on-screen display (OSD). Yup, it’s touch-only controls, with nothing more than five labels at the lower section of the bezel used to navigate around the OSD, by pressing on the right section of the bezel.

On the far right is a power control, with a menu/OK ‘button’ to its left. The remaining three are navigation controls to move up or down lists of menu items, and a back button to return to previous screens.

This approach has problems. With no tactile feedback, and only labels that serve as indicators as to where you should press, it makes the Philips 227E far harder to use than if there were physical buttons underneath it. Since the bezel is angled downwards, when viewed from a normal sitting position, you can’t see the labels. More often than not, you’ll end up closing a menu, or accidentally powering off the display.